Ready to Take on Winter Weather 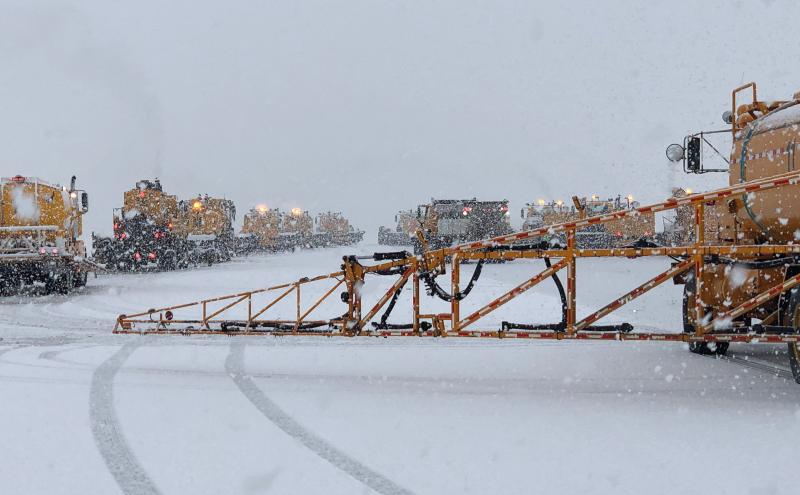 At Seattle-Tacoma International Airport (SEA) we have the know how and the equipment to keep the airport operational during our northwest winters. We have more than 45 pieces of equipment on hand for snow removal and ice maintenance. This includes plows, blowers, sweepers, sanders, friction testers and de-icers. Our newest are nine state-of-the-art combination plow and broom units that are 24 feet long, as long as a semi-truck you see on the highway.

These key pieces of equipment in the airport's winter weather arsenal help keep the airport operational even in the harshest winters. 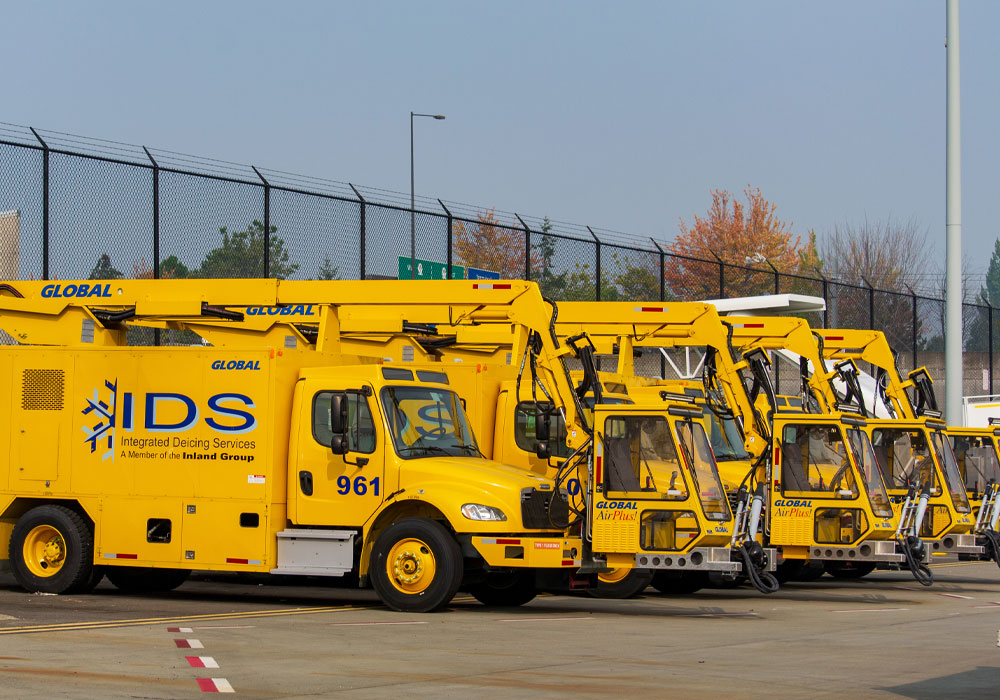 These vehicles are parked spring to fall but get busy when winter begins. Their function is to de-ice aircraft and apply fluids on the wings to prevent icing on the working elements of the aircraft. Each airline is responsible for their own de-icing of aircraft; at SEA there are several companies that provide this service. Interesting note: SEA has a series of slot drains throughout the ramp/gate areas that capture the de-icing fluids. These then go to a treatment plant on the south end of the airport to filter out harmful particles before the cleaned water is reintroduced into local creeks.

1. Deicing trucks spray a heated chemical fluid (usually orange colored, but when it’s heated there is a lot of mist as in the photo) onto the aircraft to clean off frozen contamination.

2. The next step is to  apply a green-colored cold and thickened chemical (the consistency of syrup) to protect the wings when there is snow. This chemical slides off the wings during take-off and takes accumulated snow with it. 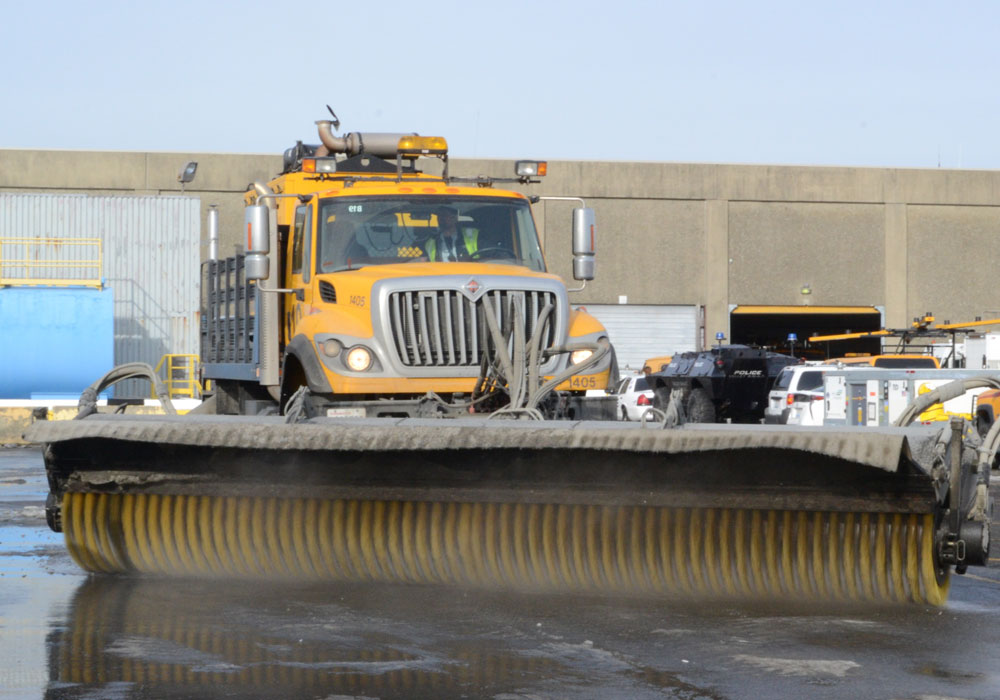 This snow blower follows the plows. The plow will remove most of the snow on top of the surface. Next, the snow blower clears out the remaining snow on the runway or ramp surface. The Port manages and maintains the surfaces of the runways, taxiways, taxi lanes around the gates, and the roadways entering and exiting the airport.

This picture shows the real power of our snow operations — the combined effort of a team of plows, brooms, blowers, and de-icers to clear a runway. A group of up to 20 vehicles choreograph clearing the 150-foot wide runway. Typically half of the runway is cleared in one pass; however, during the largest snowfalls, all vehicles work together to clear a runway in one pass.

In that situation, the team would include:

Learn more on how SEA is prepared for winter weather:

Related to Ready to Take on Winter Weather 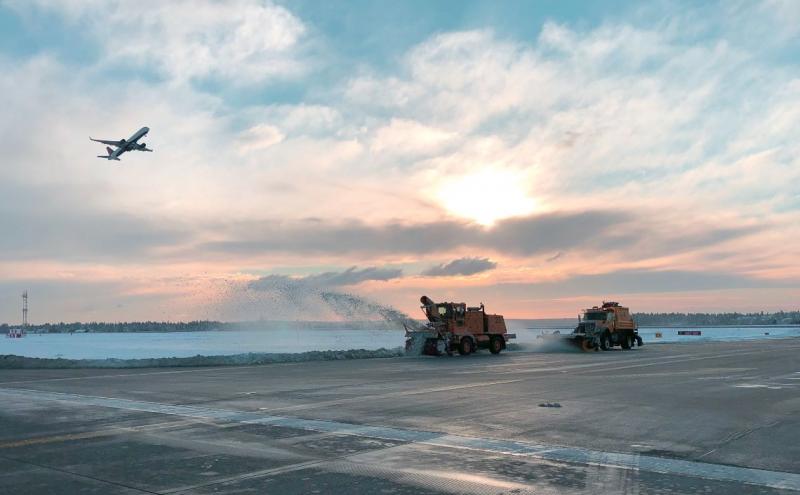 The Big Dark is upon us and â although it comes every year â many of us breathe a collective Big Sigh. At Seattle-Tacoma International Airport (SEA) weâre ready for when the weather turns  frigh... 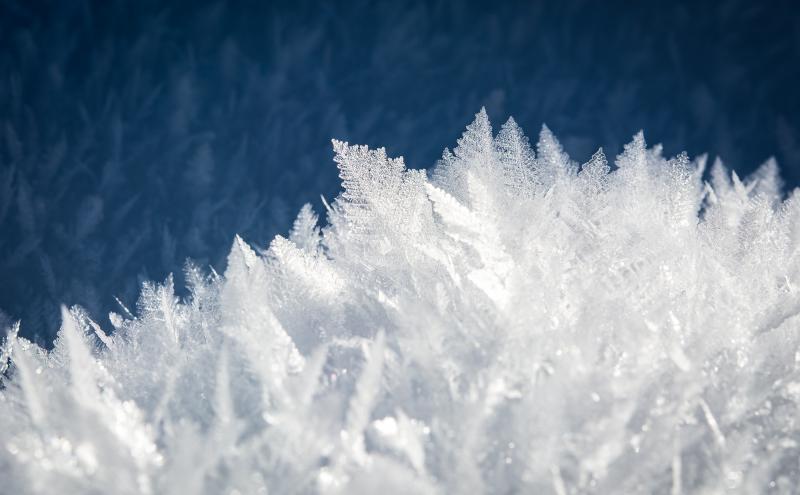 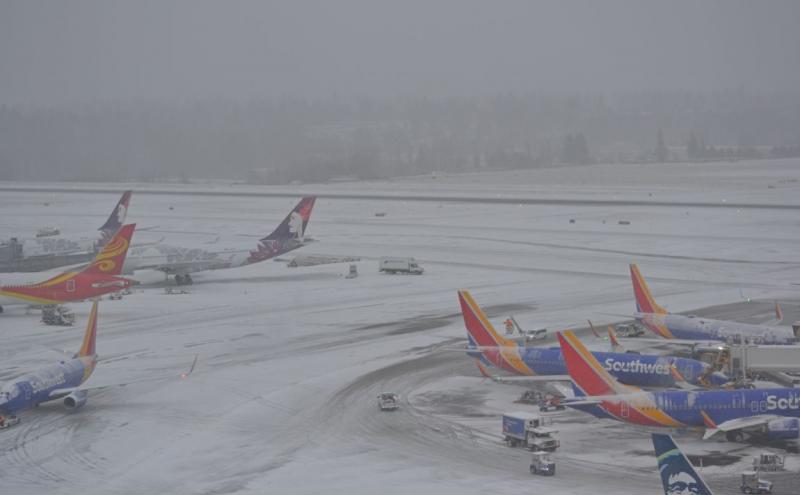 Youâre heading over the river and through the woods to grandmotherâs house. Trouble is, the weather report says thereâs snow forecast for the morning you leave.  At SEA, we think winter is lo...