How do single-family residences qualify for the Port’s sound insulation program?

Potentially eligible single-family residences must be located inside Seattle-Tacoma International Airport’s (SEA) current Noise Remedy Boundary and have been built prior to the enactment of local building codes (in 1986 and 1987) that required the inclusion of sound insulation materials. The FAA requires that a home must also undergo interior noise testing to determine if it qualifies for the program. The current Noise Remedy Boundary was established under FAA guidelines in 2014. Anyone wishing to find out more information regarding their home’s potential eligibility may do so by calling the Noise Programs Office at (206) 787-5393.

How is the Noise Remedy Boundary established?

The Noise Remedy Boundary is established under FAA guidelines utilizing noise modeling and the required DNL noise metric. DNL (or Day-Night average sound Level) is a 24-hour average (measured in decibels). Nighttime noise is weighted at a level 10 times that of daytime noise in calculating DNL. The FAA has determined that a DNL level of at least 65dB DNL is required before a home is potentially eligible for sound insulation. A 65 dB DNL noise contour is produced using sophisticated noise modelling, which is the FAA-required method, and this contour forms the basis for the Noise Remedy Boundary.

Part 150 refers to regulations issued by the FAA. A Part 150 Noise and Land Use Compatibility Study is designed to identify significant existing and future noise impacts from aircraft operations within areas surrounding airports and to propose steps for consideration by the FAA to address those impacts. This is a voluntary effort undertaken by airports under FAA guidelines. The Noise Remedy Boundary is an outcome of the study and becomes the basis for delineating which neighborhoods potentially qualify for future programs. The Part 150 study also notifies purchasers of the noise impacts and precludes them from suing the airport for damages based on those impacts if they buy the property after the Part 150 is published. The most recent Part 150 Study was completed and published in 2014.

Under FAA and State of Washington regulations, single-family residences are only eligible for sound insulation on a one-time basis. FAA funding is not available for the replacement of previously installed insulation materials. Upkeep, replacement materials, and work are at the homeowner’s expense. The Port’s homeowner participation agreement signed at the time of installation indicates that all product warranties are between the original homeowner, contractor and the manufacturer. Participating homeowners also convey to the Port an easement on their property relating to the operation of the airport.

Can a noise monitor be placed in a citizen’s chosen location?

The Port of Seattle operates a system of noise monitors at 24 permanent sites throughout the greater Seattle area. The majority of the monitors are placed in close-in communities within five miles of the airport. Other monitors are placed farther out to capture aircraft overflight noise for various arrival and departure flight paths. Data from the noise monitoring systems provide a general perspective on aircraft noise and are not intended to be inclusive of every community. Noise monitors are just one component of a comprehensive suite of tools the Port uses to understand aircraft noise impacts. Other tools include monitoring and tracking flight paths, types of aircraft being flown, winds, runway usage, and periodically performing sophisticated modeling of the impacts. There are no plans at this time to add or change any noise monitor locations.

What are Noise Abatement Procedures?

The noise abatement flight procedures for jet aircraft at SEA were established by the FAA in the 1990s. These procedures advise pilots flying jet aircraft to stay within flight corridors as they depart the runways, or begin final approach to the airport. The Noise Programs Office monitors compliance with these procedures and meets regularly with the FAA to discuss these and other noise-related issues. In addition, the Port monitors adherence to ground engine maintenance run-up regulations in place at SEA.

Can the airport limit the use of reverse thrust for landing aircraft?

Reverse thrust is a way of using reverse engine power to slow aircraft once they have landed. Most pilots utilize this feature of the aircraft to ensure a safe reduction of speed is achieved. The Port of Seattle discourages the use of reverse thrust during late night hours, but cannot restrict its use as this would effectively limit the manner in which airlines can safely operate their aircraft.

How does the Port of Seattle monitor flight paths?

The Noise Programs Office has a flight tracking system that records aircraft flight paths and other more detailed information about aircraft operating at SEA Airport. This information is then used to provide detailed responses to citizen inquiries. Port staff monitor flight activity at SEA for adherence to noise abatement procedures and use this information to brief the FAA with this data on a regular basis.

How can citizens monitor flight activity at SEA?

The Port of Seattle offers the PublicVue flight tracking tool which allows citizens to view flight activity at SEA. This tool provides additional information about flights including aircraft type, airline, and altitudes. PublicVue can be accessed through the Port’s Noise Programs website.

Aircraft on approach to SEA are descending at a 3-degree angle to the runways. This is the standard approach angle for landing aircraft at U.S. airports and has not changed. The exception is the approach to Runway 34R, which is set at 2.75 degrees to the runway. Departing aircraft altitudes are generally determined by aircraft performance. Larger, heavier aircraft with full passenger and cargo loads sometimes have a slower climb rate, meaning that they may be flying lower than smaller aircraft using the same route.

Have the flight patterns in the Seattle area changed?

The prescribed flight patterns for jet aircraft at SEA were established by the FAA in 1990 and have not changed. The Noise Programs Office monitors flight paths and meets regularly with the FAA to discuss aircraft that do not adhere to established SEA Noise Abatement flight procedures. Noise Abatement procedures for jet aircraft are always secondary to safety in the sky. For reasons such as weather, separation from other aircraft, onboard emergencies, and missed approaches, aircraft can occasionally be seen in areas they don’t normally fly over. There are no noise abatement procedures in place for smaller propeller-driven aircraft since these aircraft are slower and must be turned out of the paths of the faster jet aircraft.

What is the Greener Skies Program? How is NextGen impacting flight paths?

Why do the take-off and landing directions vary from time to time?

Who controls aircraft in flight?

Why can’t the airport close at night?

The Port of Seattle does not have the authority to limit operational access to the airport. FAA regulations prohibit airports from imposing restrictions on flight operations at federally-funded public facilities such as SEA. This was established by the federal Airport Noise and Capacity Act of 1990.

What is the Fly Quiet Program?

The annual Fly Quiet Award recognizes three airlines for their achievements in limiting the impacts of aircraft noise on local communities. Using noise monitor data and the Port’s flight tracking system, airlines are judged based upon the overall noise of their operations, including late night noise exceedances, and their adherence to flight procedures and airport ground engine maintenance run-up restrictions.

How are the runways being used?

Runway utilization is outlined in the current informal Runway Use Agreement between the FAA and the Port and can be viewed here.

What are the Effects of Weather on Noise?

Many atmospheric phenomena can vary the intensity of aircraft noise from day to day at a given location. Noise propagation, or the transmission of sound waves through the air, can be influenced by wind, temperature, cloud cover and fog. These conditions do not describe all weather phenomena and their effects on noise, but may help explain the day-to-day variations in the propagation of aircraft noise. 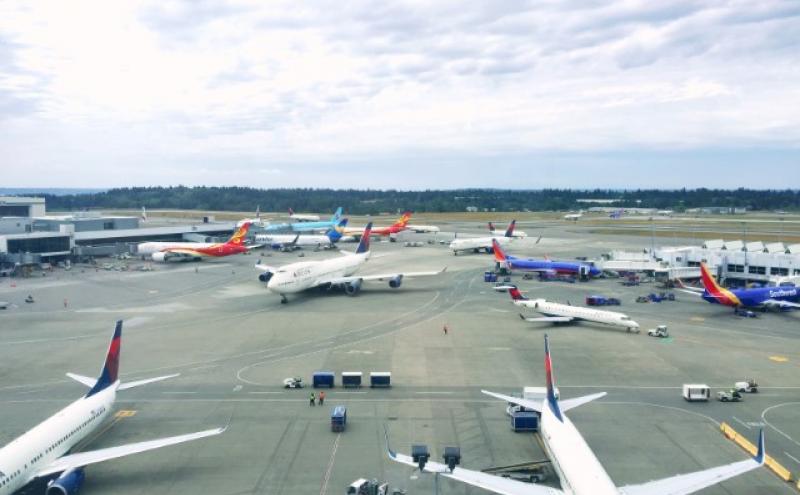 Seattle-Tacoma International Airport (SEA) offers one of the most comprehensive aircraft noise reduction programs in the nation. SEAâs Noise Programs office works closely with the Federal Aviation A... 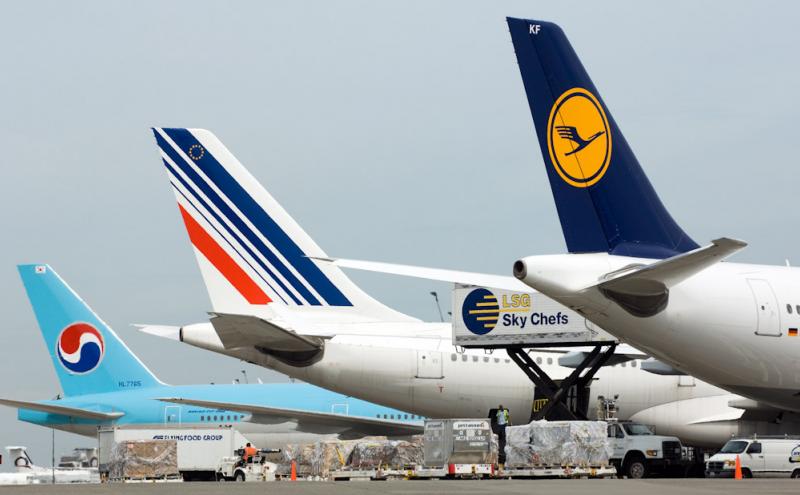 Seattle-Tacoma International Airport (SEA) offers one of the most comprehensive aircraft noise reduction programs in the nation. The airport's Noise Programs Office works closely with the Federal Avia... 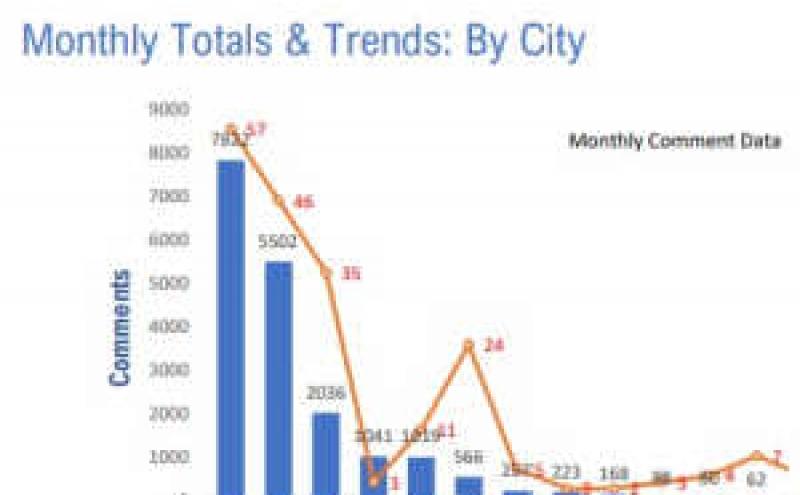