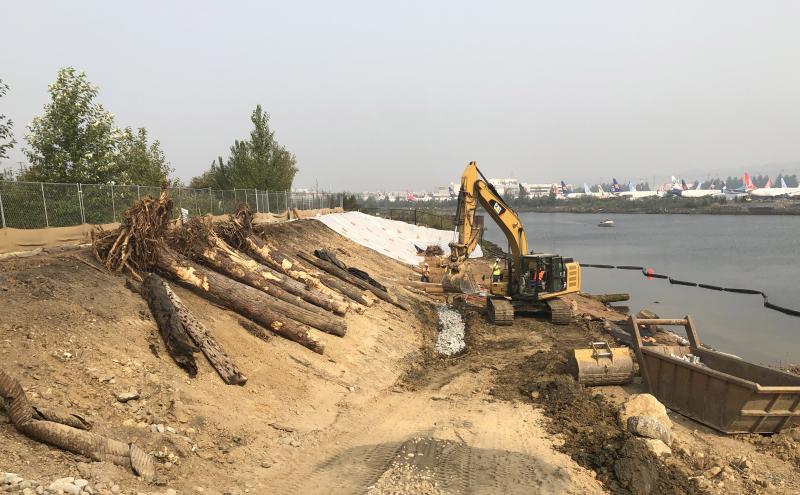 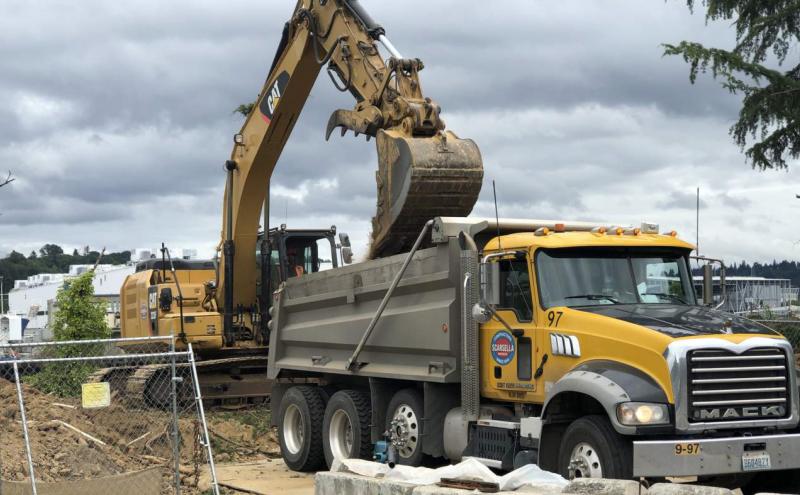 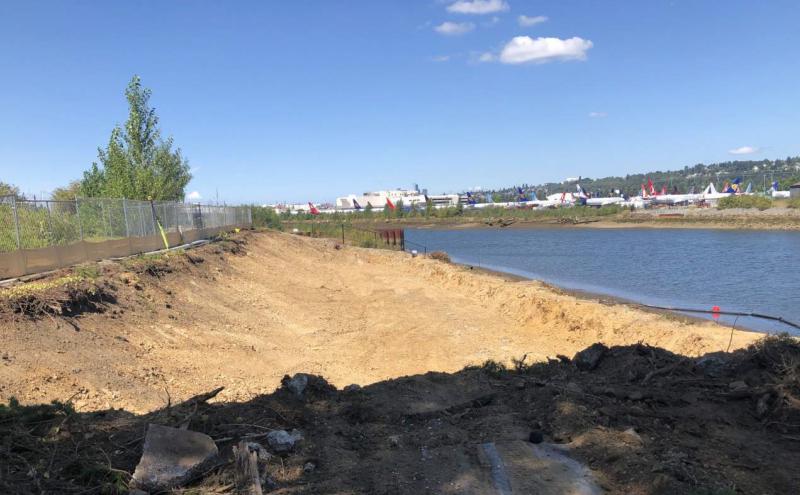 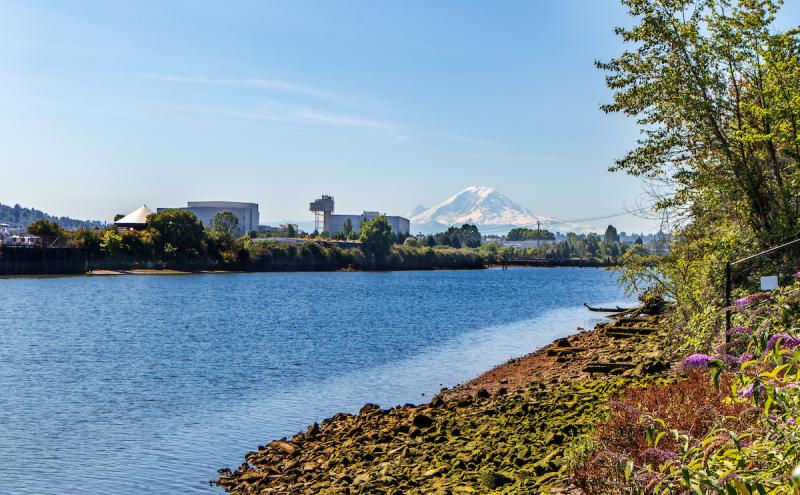 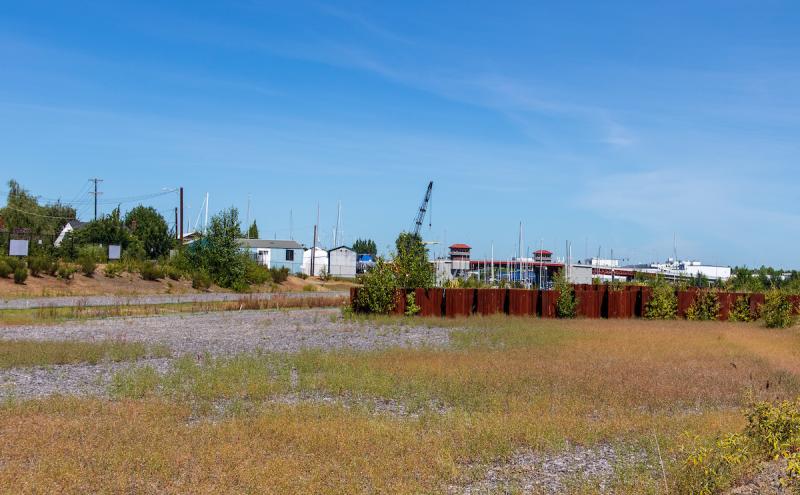 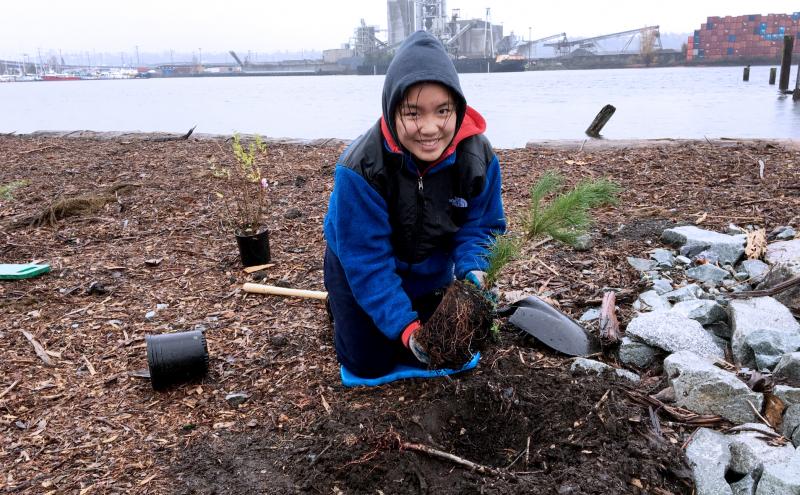 CONSTRUCTION UPDATE – FALL 2020
In-water construction to reshape the river shoreline into a healthy habitat area will begin soon. Since tides fluctuate significantly this time of year some of the best times to work are during low tides, which can occur at night. The construction team’s work schedule will have to adjust around the daily tidal schedule. Starting in mid-October there may be some nighttime construction at Terminal 117, possibly between 9:00 p.m. and 9:00 a.m and Saturday.
If you experience excessive noise or light impacts from the site, please contact Dave Jenkins, Port of Seattle at Jenkins.D@portseattle.org or (206) 423-1509.

The Terminal 117 project will restore 14 acres of habitat and shoreline access. Restoration efforts will create upland habitat and restore priority habitat for Chinook salmon and other imperiled species along 2,000 feet of the Duwamish River shoreline. The site has been identified by other local, state, tribe, and federal officials as a high priority habitat restoration area that will benefit the community for decades to come. 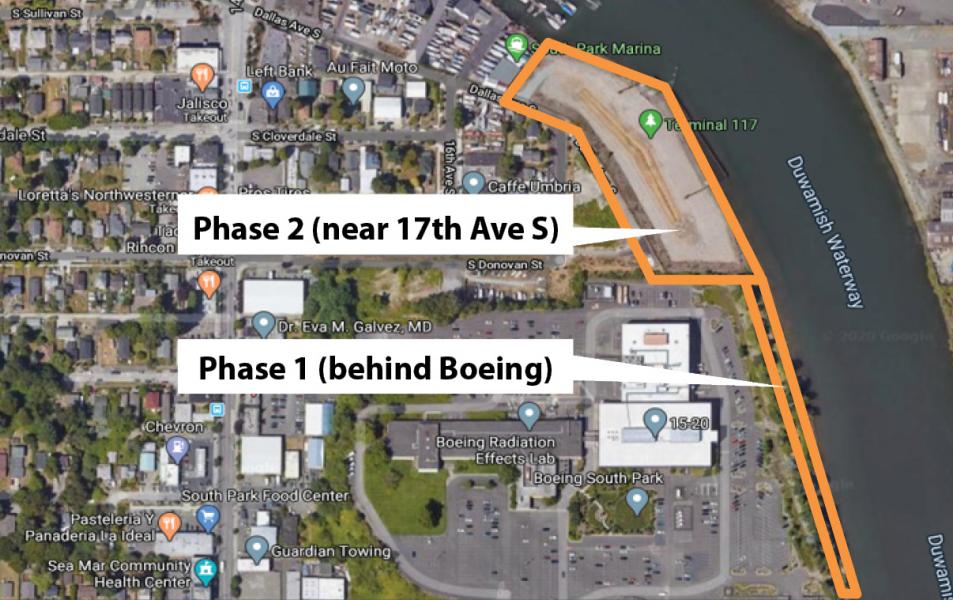 The project is estimated to cost $25.9 million and will utilize previously approved Environmental Remediation Liability funding (tax levy) in addition to funds from a 2008 insurance settlement.

Past Event Materials and Related Documents

Terminal 117, located south of the South Park Marina on the Duwamish River, used to be a Superfund “Early Action Site” because of pollution caused by the Duwamish Manufacturing and Malarkey Asphalt Company until it ceased operations in 1993. The Port acquired a portion of the property in 1999. In 2003, the EPA designated Terminal 117 a Superfund site and the Port and City of Seattle were responsible for cleaning up the contamination.

In 2007, the community advocated with the Port Commission to transform the cleaned-up property into a public park, and the Commission agreed. During the Superfund cleanup, the Port opened a field office in South Park and conducted community engagement for design ideas on the proposed Terminal 117 Habitat and Park. The Port finished its portion of the cleanup in 2015. In 2020, construction begins!