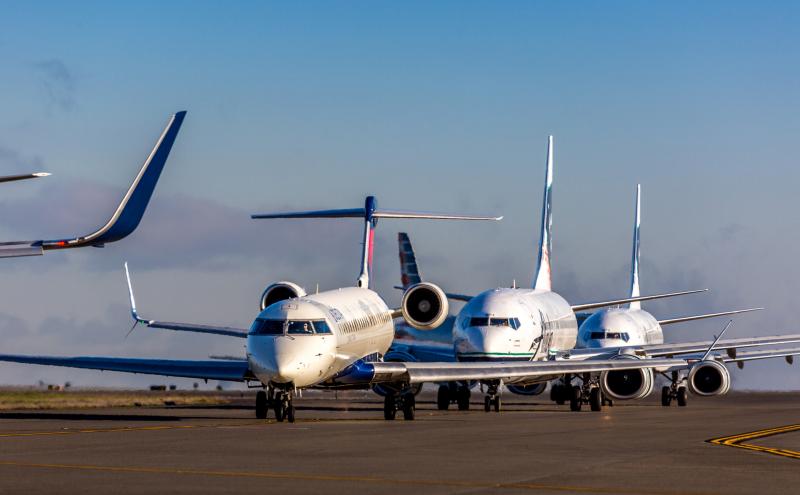 SEATTLE – The Port of Seattle announced today that 13 airlines, including Alaska Airlines, Delta Air Lines, Horizon Airlines, Spirit Airlines and more, have agreed to collaborate on a work plan for providing all airlines at Seattle-Tacoma International Airport with access to sustainable aviation fuel, a low-carbon and sustainably produced biofuel alternative to jet fuel. Widespread use of SAF can reduce carbon emissions and other air pollutants, helping to reduce the community and environmental impact of the existing and forecasted growth at Sea-Tac.

The partners will work to meet the specific sustainable aviation fuel timetable and goals approved by the Port of Seattle Commission in December 2017: for a minimum of 10 percent of sustainable jet fuel to be produced locally from sustainable sources within 10 years, increasing to 50 percent by 2050.

“Creating a market for sustainable aviation fuel in Washington state will require groundbreaking partnerships in aviation, agriculture, finance and public policy. We appreciate the efforts of airlines at Sea-Tac who support this innovative effort to protect our environment and advance a clean energy economy,” said Port of Seattle Commissioner Courtney Gregoire.

“Cross industry partnerships like this one will be critical to breaking the logjam that prevents progressive industries in our state from accessing affordable renewable fuels. We can address carbon reduction in a meaningful way by focusing on transportation, and I am pleased to see our local Port and aviation partners leading this effort,” said Washington State Senator Reuven Carlyle, Chair of Senate Energy, Science and Technology Committee.

“I’d like to thank the Port for their leadership on this initiative. Even though Alaska already operates the most fuel efficient fleet in the industry, we are always looking for ways to further reduce our carbon footprint, and this landmark MOU further demonstrates our commitment to the environment and the Seattle community,” said Shane Jones, vice president of Airport Real Estate and Development for Alaska Airlines.

An industry leader in the use of sustainable aviation biofuel, since 2011 Alaska Airlines has flown nearly 80 flights using sustainable aviation biofuel made of used cooking oil, forest residuals and non-edible, sustainable corn. Alaska is also the leading U.S. airline on the 2017 Dow Jones Sustainability Index and has been ranked No. 1 in fuel efficiency seven consecutive years by the International Council on Clean Transportation, an independent, nonprofit research organization.

The Commission’s Energy & Sustainability Committee, chaired last year by Commissioners Courtney Gregoire and Fred Felleman, led the development of these goals and championed their unanimous passage in December 2017.

“We will look back on this important collaboration between the airlines and the port with pride knowing it was a major step toward the aeronautical industry’s sustainable path to success,” said Commissioner Fred Felleman.

The work plan will explore the use of sustainable aviation fuels as well as a variety of other mechanisms that could contribute to carbon and air emission reductions, including technology, operations, infrastructure, and future aircraft technology.

A committee will be formed to identify the steps necessary to deliver on the first goal of 10 percent jet fuel available at Sea-Tac produced regionally from sustainable sources by 2028. Recommendations will include how to create and benefit from opportunities, address challenges, and support policies and financial incentives needed to meet that initial goal.

No commitment of funds is part of the agreement, however, the parties will commit to staff resources to accomplish development of the plan on specific timelines:

The airlines involved include:

This agreement continues the Port’s work to reduce reliance on fossil fuels and help airlines transition to sustainable aviation fuels (SAF). In 2011, the port joined over 40 regional stakeholders in developing the Sustainable Aviation Fuels Northwest study, which shows the economic and environmental benefits of developing SAF here in the Pacific Northwest. In 2016 the Port worked with Boeing and Alaska Airlines for a first-of-its-kind study identifying the best infrastructure options for the delivery of the SAF to Sea-Tac. The Port also worked with Carbon War Room and SkyNRG on a report analyzing supply chain financing options.

Operated by the Port of Seattle, Seattle-Tacoma International Airport (SEA, KSEA) is ranked as the 9th busiest U.S. airport, serving 46.9 million passengers and more than 425,800 metric tons of air cargo in 2017. With a regional economic impact of more than $22.5 billion in business revenue, Sea-Tac generates more than 151,400 jobs (87,300 direct jobs), representing over $3.6 billion in direct earnings and more than $442 million in state and local taxes. Twenty-eight airlines serve 90 non-stop domestic and 26 international destinations.