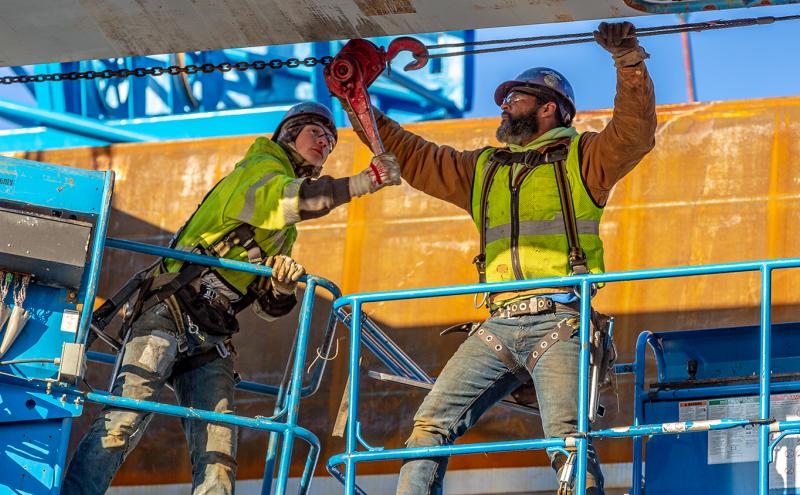 “Ports not only provide essential trade and travel services to Washington’s most critical economic sectors,” said Port of Seattle Commissioner Ryan Calkins. “Ports also partner with industries, cities, and communities on strategies that advance our shared values. We are changing our own operations, and as a result of new policies from the legislature, can do even more to improve economic equity and promote healthy habitats and communities.

“We were disappointed that the Low Carbon Fuel Standard was not adopted. Enacting a clean fuel standard will improve air quality in some of our communities most burdened by air pollution and support innovative economic investment. We will continue to work with legislators towards clean energy policies that will attract low-carbon fuel producers back to Washington, along with the jobs, energy security, and local air quality benefits that come with it.”

The Port of Seattle emphasizes partnership with other ports, government agencies and public representatives, port-related industries, and community organizations to improve its service to the region. Accomplishments in the Washington legislature were a result of long-term dialogue with these parties and a commitment to make progress on our shared values.

“Ports are community economic development engines and training the next generation of workers is imperative to keeping our communities resilient and our economies thriving. From rural Washington to the state’s urban areas, ports can help young people prepare for good-paying jobs in port-related industries, and we were glad to partner with the Port of Seattle in confirming this priority with the Legislature,” said Colleen McAleer, Commissioner at the Port of Port Angeles.

“This simple change could have big implications for the transportation sector, including the container terminals on our waterfront. We’ve been glad to work with the Port of Seattle and Northwest Seaport Alliance to help our constituents and ratepayers understand the community benefit of electrifying our transportation infrastructure,” said Debra Smith, General Manager at Seattle City Light.

“We were able to provide, from the Port of Seattle, a real-world example of what can be accomplished through changes to Initiative 200. Bringing diversity to our public contracting sector helps ensure that all our communities enjoy the benefit of the economic growth we are seeing in this state, and passing Initiative 1000 will help to accomplish that,” said Ollie Garrett, President at Tabor 100.

Additional budget details: The final budget deal also made investments in facilities that Port views as core the preserving a working waterfront and maintaining public access to the shoreline.