Find the Perfect Gift at Seattle Made 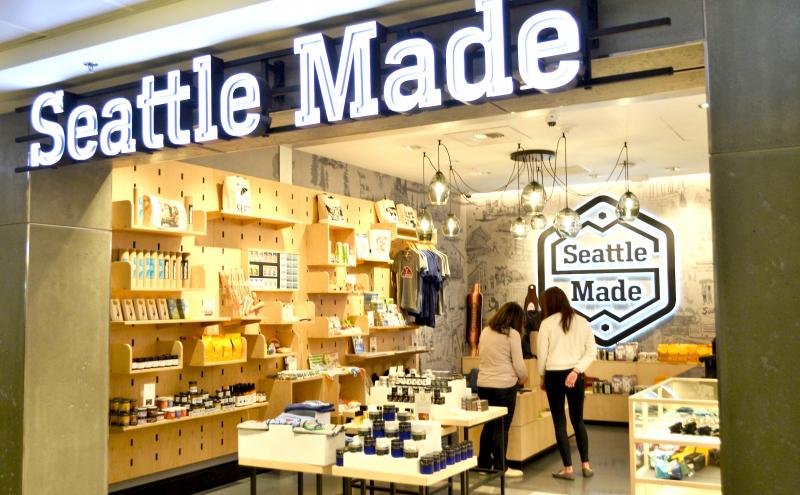 Travelers who stop by Seattle Made while flying in or out of Seattle-Tacoma International Airport (SEA) are drawn to the modern aesthetic and the promise of quality products from local makers that help tell the story of Seattle. But the story doesn’t stay in Seattle. In their quest to find something new and unique, travelers take their purchases and the stories behind them on their travels between Seattle and the rest of the world.

SEA is working to increase options for travelers and expand access for small and local businesses through its dining and retail redevelopment program. Businesses like Seattle Made help introduce travelers to the local flavor of Seattle while supporting the work of local artists and producers.

In 2014, Seattle Good Business Network collaborated with local manufacturers, community, and municipal organizations to create Seattle Made, an initiative to grow and support a diverse ecosystem of urban manufacturers and producers to ensure that the ability to produce goods in Seattle is part of the city’s long-term economic vision. Formally launched in 2015, the program now has over 550 (and growing) members, makers of biodiesel to bowties, chocolate to cheese, and everything in between. The program connects these members to each other and to the resources they need to ‘make it’ in Seattle, in a variety of online and in-person ways. In line with its mission of creating inclusive economic opportunity, membership in Seattle Made is free for qualifying businesses.

Seattle Made partnered with Stellar Airports to open its first concept store at SEA in May of 2019. Today, the store includes products from 40 makers who are part of Seattle Made’s membership. Members apply for the opportunity to be featured in store. Products selected highlight what is unique about Seattle and with special consideration of what might appeal to travelers. Customers can choose from products like local coffee, candles, artwork, jewelry, perfume, bags, baby clothes, and more.

The décor of the 440-square foot storefront located on Concourse C also utilizes the work of local Seattle artists and makers who are Seattle Made members. An in-store mural by Trilby Hainstock, artist and illustrator from the Olympic Peninsula, features iconic locations throughout Seattle. A chandelier by Illuminata lights up the store. The Seattle Made logo and signage was inspired by the lettering of the famous Pike Place Market sign.

Looking for a gift or just wanting to treat yourself with something unique that supports Seattle’s small business and artist communities? Look no further. Here are six amazing products that you won’t be able to leave the shop without.

1. Local coffee: The buzz is real — Seattle’s local coffee scene was named the #1 coffee city in the country. Don’t leave SEA without picking up some amazing coffee from one of Seattle Made’s local coffee producers. 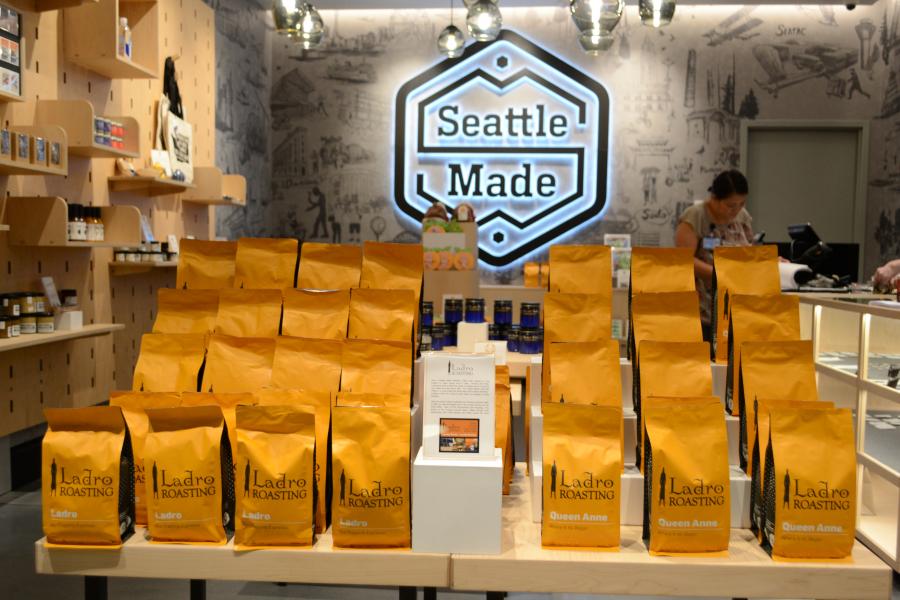 2. Small-batch fragrance: Seattle-based fragrance designer Molly Ray creates small-batch, hand-blended fragrance products using natural and raw materials for careful composition. And she has developed a special scent just for Seattle Made — snatch one up and be an original. 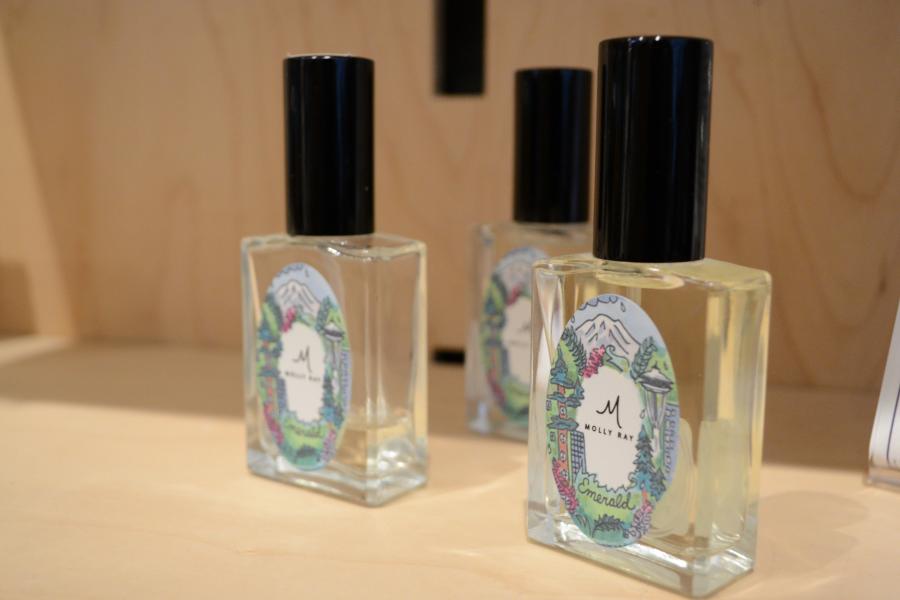 3. Leather and canvas bags and flasks: Uphill Designs was born after founder Dan Sedlacek completed the 2,665-mile through hike of the Pacific Crest Trail in 2013. Using a backpack and tent he had sewn himself, a vision emerged to build a company centered on community, adventure, and gear. Today Sedlacek designs and handcrafts leather and canvas out of his Ballard workshop. 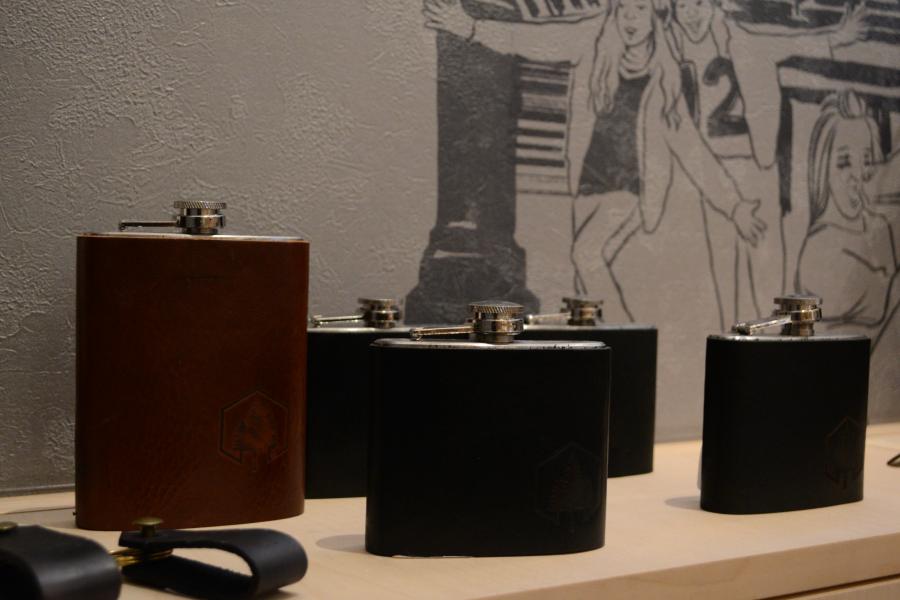 4. Pacific Northwest inspired candles: Candles that smell like a campfire, cannabis, cassis and fig, or sitka spruce can keep the Pacific Northwest vibe going whether you’re in Seattle or across the world. Olympic Candle Company’s soy candles include amazing scents all inspired by the sights, smells, and experiences of life in the PNW. 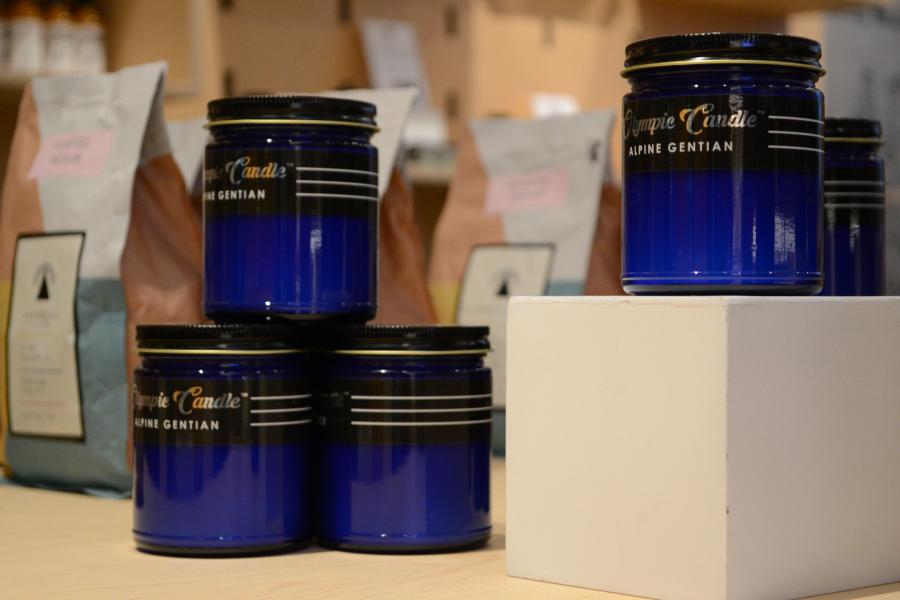 5. Children’s book art: Children’s book illustrator and author Matthew Porter began taking his art too seriously from around the age of about five. He loves to draw pictures of cute little animals and giant robot monkeys that are always smashing things up. Take one home and see how it pulls the room together. 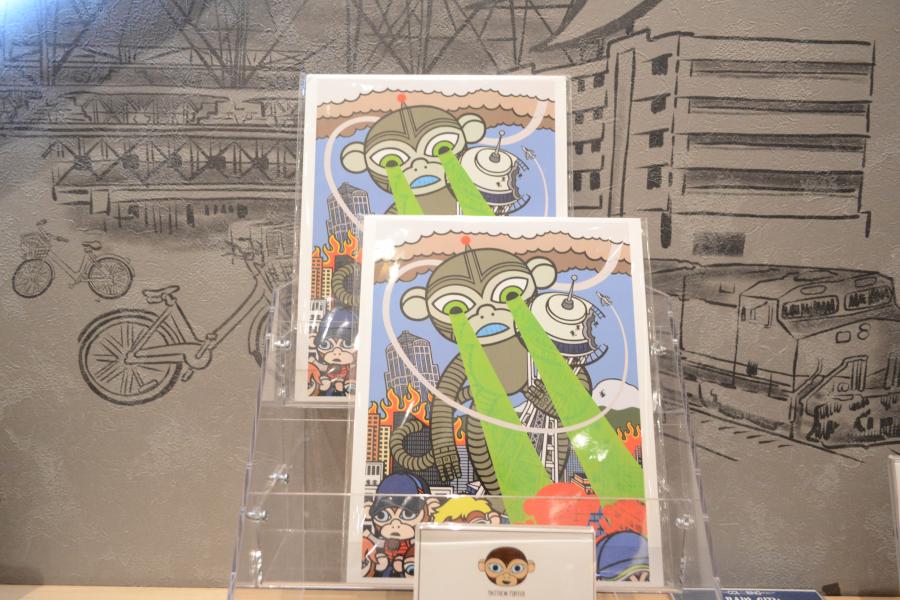 6. Stack and go: You won’t be able to resist these colorful, stackable bracelets from Seattle artist MOO-YOUNG. Known for her original paintings and monotype prints on leather, MOO-YOUNG designs and manufactures each piece one at a time. Leathers and materials are first sourced from local suppliers in an effort to support other local businesses. 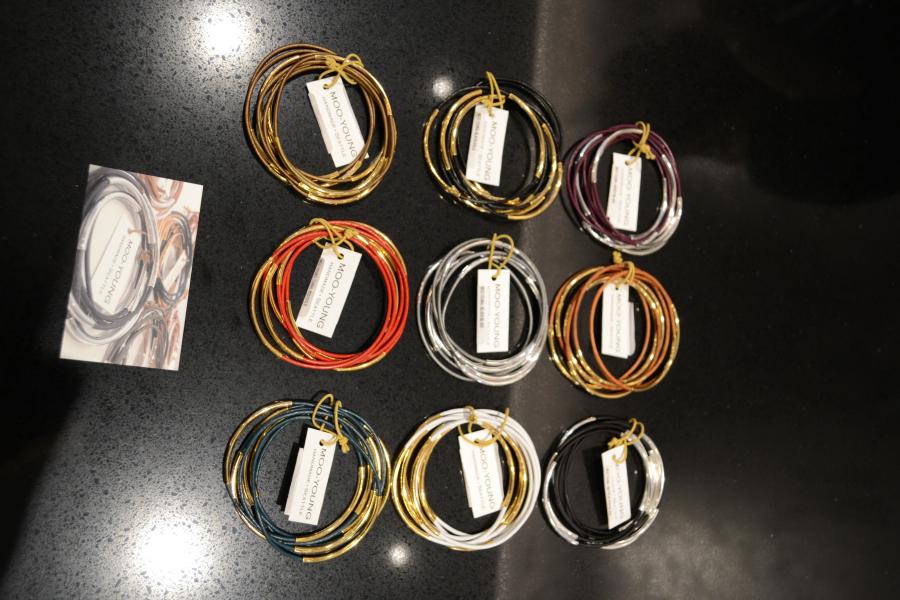 Check out the Fifth Annual Seattle Made Week for a weeklong celebration of products made right here in Seattle. This year’s lineup includes another epic Taste of Seattle Made at AXIS Pioneer Square, an informative panel envisioning the future of circularity in manufacturing and the maker economy, a Seattle Made marketplace in partnership with Urban Craft Uprising, a lively discussion about women in wine at Elsom Cellars, a member meet and greet at Cone & Steiner, tours of Seattle Made manufacturing facilities, pop–up boutiques, meet-the-maker events, and more.