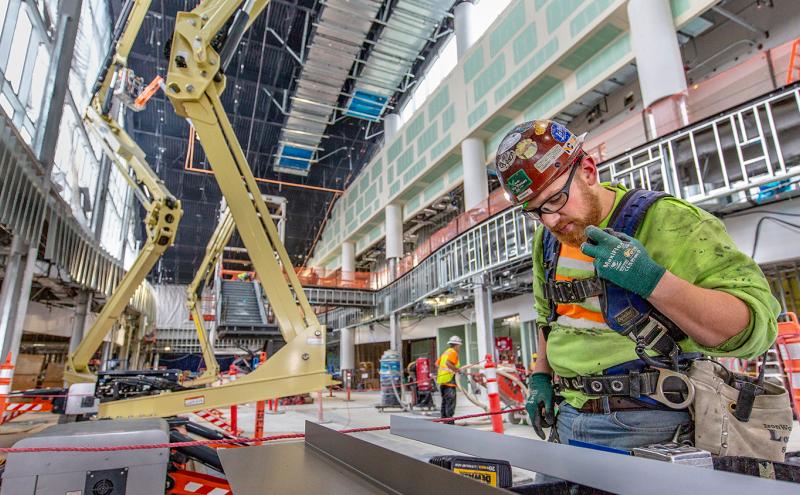 What is a PLA?

A Project Labor Agreement (PLA) is a pre-hire collective bargaining agreement between a construction site owner and a coalition of unions.

Does the Port of Seattle's PLA bind contractors and subcontractors?

Yes. If the use of a PLA is in the bid specifications, all general contractors and all sub-contractors, regardless of tier, must sign a Letter of Assent to the PLA. This letter binds the contractor to the terms and conditions of the PLA for the awarded project only. It does not bind any contractor to a union agreement, or to use the PLA on any other project.

What are the key provisions of the Port PLA that affect contractors and subcontractors?

Pre-job meetings occur prior to the start of construction, and include representatives of the Port’s PLA Team and the King County construction unions. The successful general contractor must attend a pre-job meeting for each contract awarded. All subcontractors of any tier shall attend at least one pre-job conference and, thereafter, have the option to submit a request for a waiver to the Building Trades. Contractors will make craft / trade work assignments at this meeting. Should any union claim or challenge the assignments, it may follow the established jurisdictional dispute resolution process provided in the Project Labor Agreement.

A uniform substance abuse testing policy exists. All workers that perform manual labor in support of the project are required to use this testing policy not more than 24 hours prior to the start of work.

Wage rates to be paid to all laborers, workers, and mechanics who perform any part of the PLA within King County shall be in accordance with the current local craft labor agreement as identified in their individual Collective Bargaining Agreement. Non-signatory contractors should note that payments are required on behalf of each “core” employee into the established Union Trust Funds.

Priority Hire at the Port