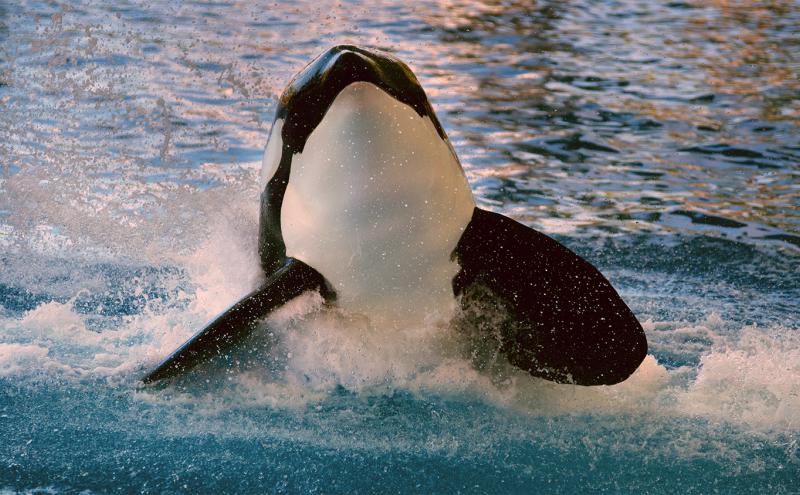 The Port of Seattle and the Center for Biological Diversity have reached a legal agreement associated with the Seattle Harbor Navigation Improvement Project that will benefit orcas.

Today’s agreement resolves a Center lawsuit against the U.S. Army Corps of Engineers and NOAA Fisheries that sought additional environmental considerations for the dredging project. There are about 73 individuals in the endangered population of Southern Resident killer whales, which range from Southeast Alaska to Central California and reside for part of the year in the Salish Sea, principally during the late spring, summer, and fall.

The lawsuit was filed against the federal agencies, but the Port, as the local sponsor of the Seattle Harbor Navigation Improvement Project, intervened to ensure the completion of this infrastructure project.

The settlement includes funding for several environmental programs currently underway as well as some additional habitat improvement measures in the Duwamish River and Elliott Bay. The Port of Seattle Commission approved the agreement on November 16.

“The Port is committed to helping assure that commerce, communities, and killer whales can co-exist,” said Port of Seattle Commission President Fred Felleman. “This is truly a win-win for all the parties involved.”

“Saving Southern Resident killer whales from extinction requires monitoring and minimizing disruptions to feeding, which this settlement does,” said Catherine Kilduff at the Center for Biological Diversity. “By restoring salmon habitat, monitoring noise, and participating in a solution-seeking stakeholder group, the Port is taking the necessary steps on the pathway to recovering Seattle’s orcas.”

In the agreement, the Port commits to continuing its participation in the multi-party Quiet Sound Program, an effort to provide greater protection to the Southern Resident killer whale community from ship-induced noise and disturbance. The Port will also expand the funding of shoreline restoration at Terminal 108 and conduct a monitoring study of acoustic impacts from dredging at a planned Terminal 18 maintenance dredging project. The settlement is valued at approximately $640,000.

“By reaching this agreement, the Port of Seattle and the Center for Biological Diversity can focus on achieving our mutual goals of restoring the Puget Sound ecosystem and all those dependent on it,” Felleman said.

When completed, the Seattle Harbor Navigation Improvement Project will enable larger ships with deeper drafts to call on the Port’s marine terminals. This enables more containers to be handled per ship call, keeping the Port’s maritime gateway competitive.

About the Center for Biological Diversity

The Center for Biological Diversity is a national, nonprofit conservation organization with more than 1.7 million members and online activists dedicated to the protection of endangered species and wild places.