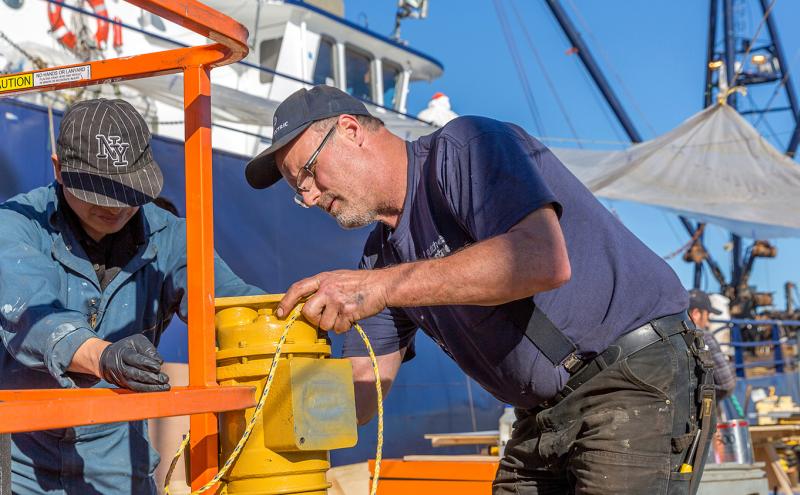 Washington Maritime Blue, the Port of Seattle and WeWork Labs have partnered to launch Washington’s first maritime accelerator to help maritime companies innovate and grow. The accelerator, which is currently accepting applications through November 18, aims to advance three key strategies for Maritime Blue and the Port of Seattle: help maritime companies innovate and grow, establish Washington as a global leader in maritime innovation, and increase the sustainability of maritime businesses in both Seattle and beyond.

Funded by the Port of Seattle and a grant from the Washington State Department of Commerce, the maritime accelerator will be housed and supported by WeWork Labs in Seattle. WeWork’s global innovation platform for early-stage startups will run the accelerator through unique programming and events. Interested applicants can apply at wework.com/labs/maritimeblue.

“Support for tech innovation and commercialization is vital to the future of our maritime sector. The new maritime accelerator has great potential to launch new business opportunities and create jobs that will strengthen communities all over Washington state.”

“The Port of Seattle is committed to investing in maritime innovation, drawing from the diversity of our region’s expertise, to create jobs of the future that fuel a thriving economy which advances our understanding and protection of the marine environment and all those dependent on it. I look forward to being inspired by the first round of applicants for the accelerator that I’ll be reviewing in my capacity as Vice President of the Port of Seattle Commission and Board Member of Maritime Blue.” 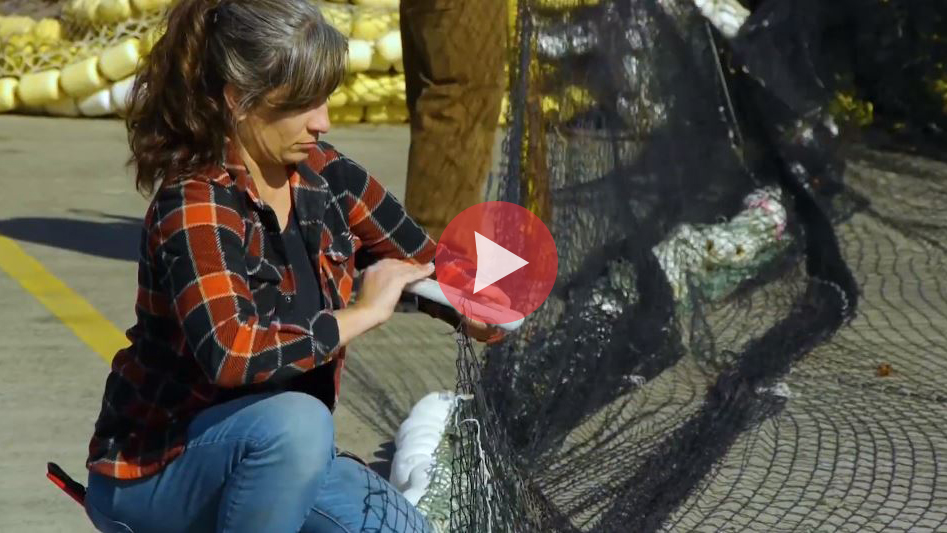 “This first Maritime Blue Innovation Accelerator is yet another way in which we can work across the various sectors of the maritime and ocean economy. By supporting innovators and entrepreneurs we tap into whole ecosystems of expertise and capital that we have not yet accessed. We are recruiting for new and growing markets as a global innovation hub for the Blue Economy.”

Elizabeth Scallon, Head of WeWork Labs for the Northwest and Silicon Valley:

"Governor Inslee, the Port of Seattle, and our booming tech sector all want a better, brighter future for our state, and our maritime economy should be central to that vision. Through this unique public-private-partnership, we're bringing resources, focus, and intentionality together under a shared roof at WeWork Labs to do just that.

“In partnership with Maritime Blue, we'll be making waves that crash onto shores far beyond our own by accelerating the linkages between the Puget Sound's oldest industry, maritime, and all of the innovation happening here. This is a powerful opportunity to ensure that our maritime industry continues to be an engine of growth while at the same time a leader in preservation for one of our most precious natural resources, and I am honored and excited to have WeWork Labs play a central role.”

The launch of the accelerator signals a new direction for maritime. One of Seattle’s oldest industries is repositioning itself to better leverage the vast tech and innovation resources Washington has to offer. This will be a powerful opportunity for local companies to grow and secure funding in a sector where capital is often scarce. 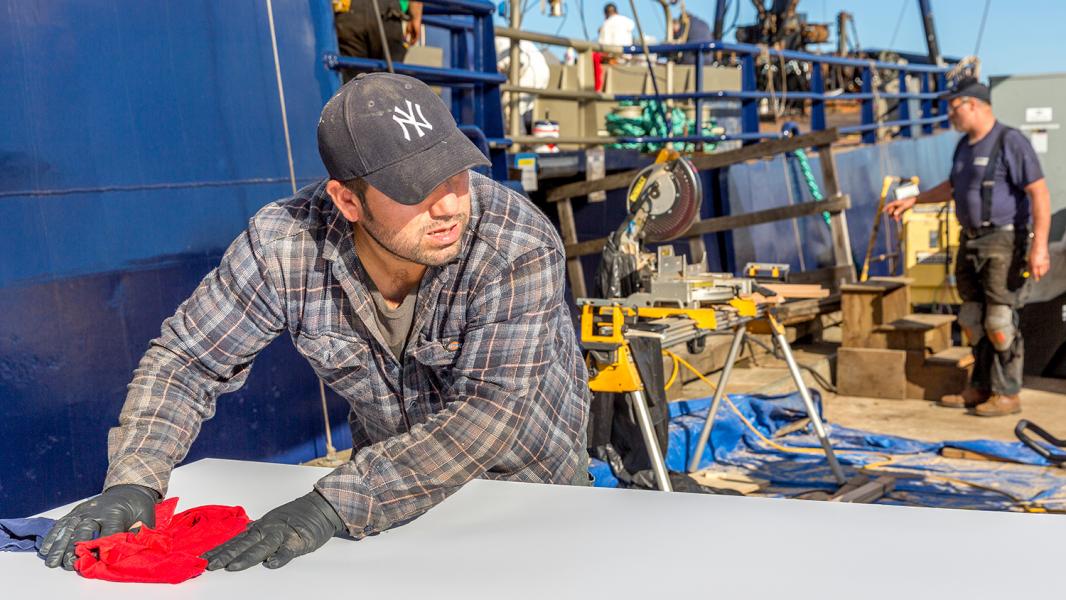 WeWork Labs is now accepting applications from any startup or new venture that is passionate about finding innovative solutions that benefit the maritime economy. Applicants will be reviewed and selected by the Maritime Blue advisory committee.

Maritime Blue will select 10 promising startups to be admitted to the first accelerator cohort, which will formally begin in January 2020.

These selected startups will benefit from intensive programming provided by WeWork Labs over an accelerated 4-month period. In addition to being housed at WeWork Labs, startups will receive access to the WeWork Labs global network of mentors and advisors, be a part of unique programming, and the opportunity to connect with the larger WeWork community.

WeWork Labs will work with each startup to address their current challenges and obstacles through intensive seminars and custom workshops tailored for their particular stage in growth.

The accelerator will conclude in April with a formal demo day where the selected startups will pitch their ideas to a crowd of investors, mentors, corporate partners, government officials, and the general public.

As the first maritime accelerator in the state, and among only a handful that exist in the US, this is a transformative moment for Seattle with ripple effects that go far beyond our own waters.

Routine in the technology and startup sector, accelerators present game-changing opportunities by connecting promising companies to market and capital opportunities. To reverse the current capital landscape for maritime, Maritime Blue and the Port of Seattle borrowed a page from the technology sector playbook and looked to WeWork Labs to launch the first maritime accelerator program in Washington state.

Since its launch in 2018, WeWork Labs has supported startups and its founders in over 40 cities and 19 countries globally and has successfully brought together entrepreneurs, industry experts and corporations under a single, shared roof to work on innovative and impactful ideas.

The Maritime accelerator is an incredible example of how WeWork Labs, in partnership with Washington Maritime Blue and the Port of Seattle, aim to make the Puget Sound Region a world-leading hub for sustainable maritime and ocean industries by supporting early-stage startups and creating an ecosystem of innovation.

Why focus on maritime?

Innovation across Washington’s maritime sector is critical for a thriving economy and in the fight to protect our planet, precious natural resources, and ocean life. Finding a way to extract economic growth while simultaneously returning evermore vitality and life to our oceans and waterways is a challenging task, but one Washington must take on if the industry is to thrive for the next generation of maritime workers.

Maritime industries are among Washington state’s oldest and with a statewide economic value of more than $30 billion and 146,000 jobs, maritime is still among the state’s most economically significant industries and employers.

Days after Washington Governor Jay Inslee celebrated the start of work on the state’s first hybrid-electric ferry, a study released by Washington Maritime Blue identified technology solutions for water transportation, shipping, science and other ocean systems, as the highest growth sector in the “Blue Economy” – a term referring to sustainable use of ocean resources for economic growth, improved jobs, and ocean ecosystem health.

Despite the growth opportunity, a Maritime Blue study found multiple challenges around access to capital, including: