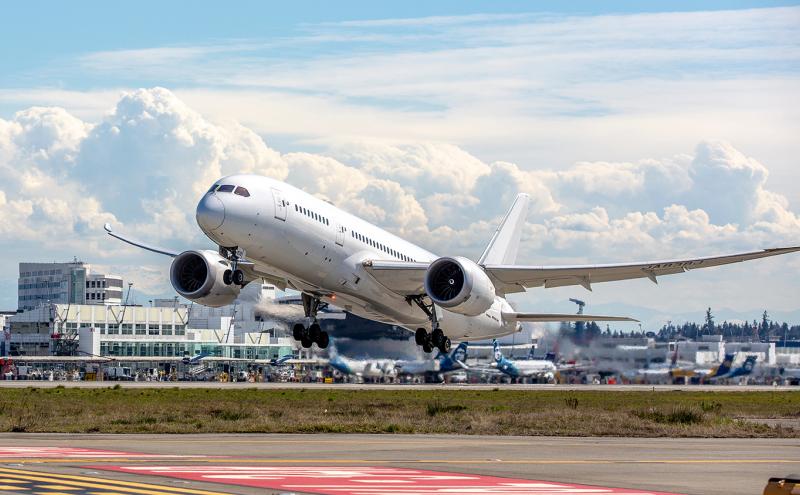 The annual Fly Quiet Awards were developed by Port staff and a citizen advisory committee in 2005 as a way to increase airline and pilot awareness of aircraft noise impacts on local communities. Fly Quiet was included as a continuing noise program measure in the most recent Part 150 Noise Study update completed in 2014.

Airlines are judged using 3 award criteria:  the sound levels of their operations (utilizing four of the Port’s noise monitors); success at flying within the noise abatement flight procedures; and adhering to the airport’s ground maintenance engine run-up regulations.

Southwest Airlines received the Fly Quiet Bravo Award, which goes to the quietest jet airline among the five busiest airlines operationally at Sea-Tac Airport. Southwest Airlines was recognized for noise levels that were consistently lower than competitors and for flying noise abatement procedures at a high rate of success.

“We appreciate the efforts and consideration made by our award winners for Fly Quiet, who recognize the importance of reducing impacts to our local communities,” said Lance Lyttle, Managing Director of Sea-Tac Airport. “This is an impressive cross-section of our airlines and we feel it is important to continue to recognize their work that is not always apparent to the public.”

After more than a decade of recognizing airlines with the Fly Quiet Awards, in 2020 the Port of Seattle will add a new “Late Night Noise Limitation” scoring category that will assign air carriers a penalty score for exceeding noise thresholds between midnight and 5 a.m. The Port is developing the broader Late Night Noise Limitation Program and other proposals to reduce aviation noise in consultation with StART (Sea-Tac Airport Stakeholder Advisory Round Table), a stakeholder advisory group made up of local city representatives and aviation leaders.

The Port is currently pursuing three recommendations that originated with StART:

These programs and proposals, along with others that are in development, require ongoing discussion and approvals from airlines and federal aviation officials. Learn more about StART, including detailed agendas, summaries, presentations and to sign up for email alerts.