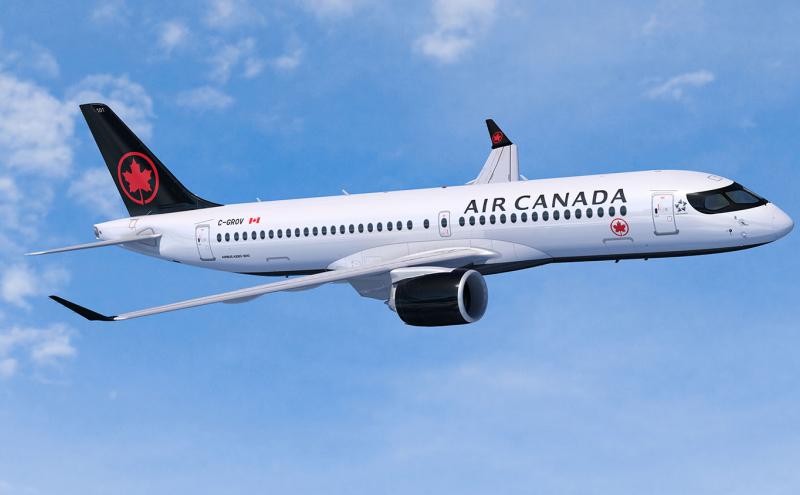 Editor's Note: Due to the COVID-19 pandemic, the launch of this service has been suspended. Please check with the airline for future travel dates, or subscribe to SEA Airport news.

The Port of Seattle welcomes today’s announcement by Air Canada of new nonstop service between Seattle-Tacoma International Airport (SEA) and Montreal, Canada beginning May 4, 2020. Air Canada’s service to Montreal will complement the airline’s existing service from SEA to Vancouver and Toronto.

Known for its European charm, year-round festivals, and vibrant arts and culture, Montreal is one of Seattle’s largest unserved international markets. Seattle and Montreal are both leaders in the aerospace, artificial intelligence, gaming, and life sciences industries, generating significant business traffic between the cities. The new route will link two of the world’s largest aerospace clusters, anchored by Boeing in Seattle and Bombardier in Montreal. Other Seattle-based companies such as Microsoft, Expedia, and Amazon also have regional offices in Montreal.

“Canada is our second largest air travel market, after Mexico, and Montreal has been a missing link,” said Port of Seattle Commission President Stephanie Bowman. “Seattle leisure and business travelers alike have been eager for nonstop service to Montreal, and we are thrilled that Air Canada is building on its presence in our market by opening this route.”

Montreal will become SEA’s seventh nonstop destination in Canada, adding to current service to Calgary, Edmonton, Kelowna, Toronto, Vancouver, and Victoria. Montreal is a hub for Air Canada, and the Seattle flight schedule will allow for convenient connections to many Eastern Canada and Europe markets.

The new service will operate daily on a year-round basis using an A220-300, which brings together state-of-the-art aerodynamics, advanced materials, and next-generation technology to deliver 20 percent fuel efficiency, a reduced noise footprint, and lower emissions. This will be the first international A220-300 route out of Sea-Tac. Air Canada’s A220-300 will feature 137 seats, 12 in business class and 125 in economy class.

Flight details are as follows:

“With the only non-stop service between the two cities, Air Canada is strengthening its position in the Seattle market and providing yet another key link for business and leisure travelers alike. This new route also further strengthens and expands our service from our Montreal hub,” said Mark Galardo, Vice President of Network Planning at Air Canada. “Our customers will benefit from innovative design features in a spacious and comfortable cabin. When connecting through Montreal or other hubs across Canada onward to international destinations, passengers travelling on an A220 will now have a seamless narrow body-to-widebody aircraft cabin experience all along their journey.”

More information on Air Canada’s announcement can be found here.

Operated by the Port of Seattle, Seattle-Tacoma International Airport (SEA, KSEA) is ranked as the 8th busiest U.S. airport, serving 49.8 million passengers and more than 432,315 metric tons of air cargo in 2018. With a regional economic impact of more than $22.5 billion in business revenue, Sea-Tac generates more than 151,400 jobs (87,300 direct jobs), representing over $3.6 billion in direct earnings and more than $442 million in state and local taxes. Currently, thirty-one airlines serve 91 non-stop domestic and 28 international destinations.