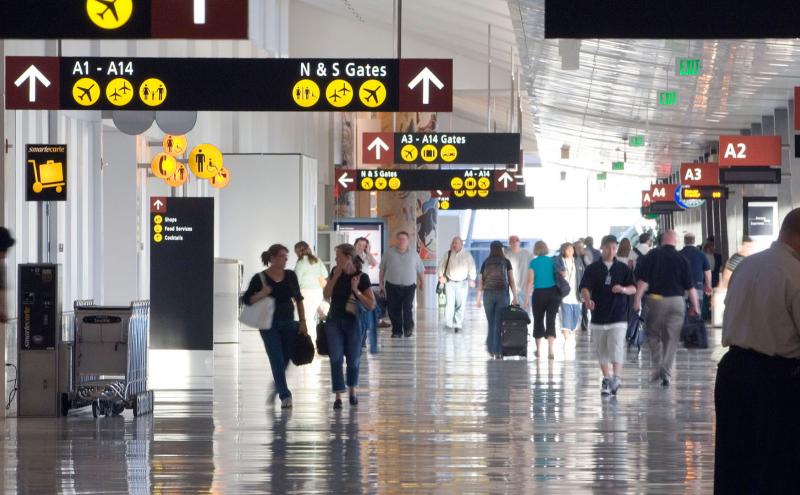 The Port of Seattle and Sea-Tac Airport are celebrating a number one ranking for reducing its carbon footprint.

Seattle-Tacoma International Airport is the first airport in North America to be certified for reducing carbon emissions by a world-wide independent program. A special ceremony over the weekend honored Sea-Tac with Level 2 certification under Airport Council International’s (ACI) Airport Carbon Accreditation (ACA) program.

“This is a significant step to be recognized world-wide for the conservation and environmental stewardship programs we have instituted at Sea-Tac Airport,” said Port of Seattle Commission Co-President Stephanie Bowman. “Next year we expect to go even further in the certification as part of our Century Agenda goal to reduce aircraft-related emissions by 25 percent at Sea-Tac and 50 percent overall at the Port of Seattle.”

There are now 86 airports certified in Europe, 20 in Asia-Pacific, and 1 in Africa since the program was launched in 2009. Sea-Tac is the first airport in North America to be certified as the ACI-NA (North America) Board recently decided to adopt the program and launched it at its annual meeting in Atlanta this week.

Overall, Sea-Tac demonstrated an eight percent reduction in airport terminal carbon emissions in just three years through energy efficiencies and low-carbon electricity. In that three year span, Sea-Tac Airport has reduced its annual electricity consumption by more than 7,750,000 kWh (7.8 MWh) per year, which is the equivalent amount of electricity that 700 single-family homes would consume in a year. A typical home in the U.S. consumes about 11,000 kWh per year.

Recent newly instituted environmental programs are expected to easily push Sea-Tac to the Level 3 certification including:

More details about ACA Certification can be found here: http://www.airportcarbonaccreditation.org/

Operated by the Port of Seattle, Seattle-Tacoma International Airport (SEA, KSEA) is ranked as the 15th busiest U.S. airport, serving more than 34.7 million passengers and more than 292,000 metric tons of air cargo in 2013. With a regional economic impact of more than $13.2 billion in business revenue, Sea-Tac generates more than 138,000 jobs (89,902 direct jobs) representing more than $2.2 billion in direct earnings and $412.4 million in state and local taxes. Twenty-four airlines serve 71 non-stop domestic and 19 international destinations.