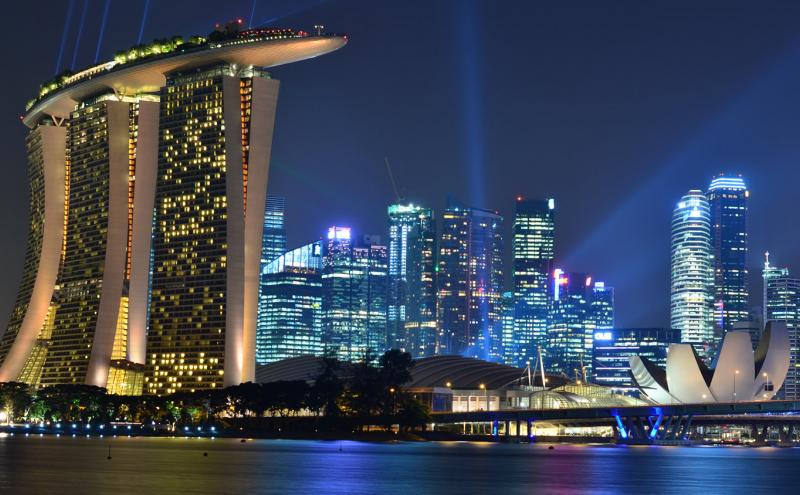 Singapore is one of Seattle’s largest unserved markets in the Southeast Asia region and Changi Airport is a global hub for the carrier, offering multiple connections to its network including India. Sea-Tac will be the fourth North American nonstop destination for Singapore Airlines adding to current service in San Francisco, New York (Newark), and Los Angeles. Singapore Airlines also operates one-stop services to JFK and Houston.

“This new link to Singapore and connections to destinations beyond will broaden the global connectivity of our region,” said Port of Seattle Commission President Courtney Gregoire. “Singapore is an increasingly important consumer of Washington State services and export products and is a global hub for tech start-ups and entrepreneurship. It is fitting that our two regions will now be connected with a nonstop flight.”

“Our new non-stop flights to Seattle are another demonstration of our commitment to expand our operations in the important US market and grow our network reach. The new services will also further strengthen the Singapore hub by providing customers faster and more convenient connectivity from key markets such as Southeast Asia, South Asia and Australasia to North America,” said Singapore Airlines CEO, Mr. Goh Choon Phong.

The four-times-a-week service, beginning on September 3, 2019, will be on a fuel-efficient A350-900 aircraft with 253 seats (42 business, 24 premium economy, 187 economy). It will be initially operated three times per week before increasing to four times per week in October 2019.

At a little over 8,000 miles, the route will be the longest nonstop service from Sea-Tac, surpassing Seattle-Dubai by several hundred miles.

Singapore Airlines has been named the World’s Best Airline in 2018 by numerous publications, including Travel+Leisure Magazine, SkyTrax, and TripAdvisor. For more information visit Singapore Airlines.

Singapore Airlines also has a codeshare agreement with Alaska Airlines, and members of Alaska’s Mileage Plan and Singapore Airlines’ KrisFlyer loyalty programs can earn miles on each other’s flights.

“This new route expands our global partner network, giving Mileage Plan members more international utility as well as the ability to earn Alaska miles,” said Andrew Harrison, Alaska Airlines' executive vice president and chief commercial officer. “Guests traveling to Singapore and beyond can enjoy the added convenience of connecting via our largest hub in Seattle. By next September, our Global Partners will offer nonstop service to 11 international destinations from Sea-Tac.”

Subject to regulatory approvals, service beginning September 3, 2019 will be Tuesday, Thursday and Saturday. As of October 2019, Sunday service will be added.

The Port of Seattle is poised to welcome more international travelers with a new International Arrivals Facility scheduled to be completed in May 2020 and ready for passengers in August 2020 following extensive systems testing. The facility will double passenger capacity, reduce connection times and increase gates capable of serving international wide body airplanes from 12 to 20.

Singapore Airlines is a global, luxury carrier focused on delivering the world’s best air travel experience. SIA achieved its fourth “World’s Best Airline” accolade from Skytrax earlier this year, and was also named “World’s Best Airline” by TripAdvisor in April. In addition, the carrier has been consistently rated the industry’s #1 airline by the readers of Conde Nast Traveler and Travel + Leisure magazines for more than two decades. SIA pioneered ultra-long-haul flying in 2004 with the initial launch of the world’s longest flight, a 19-hour nonstop journey connecting New York (Newark) and Singapore. In addition to its global reputation for outstanding inflight service, SIA innovations include being first to fly the A380, the world’s largest commercial aircraft, and has served as launch customer for Boeing and Airbus models including the 787-10 and the A350-900ULR. For information, visit www.singaporeair.com.