Each quarter, the Port celebrates employees who have reached a new five-year service milestone in their careers. Our Service Award Spotlight series seeks to highlight some of the longest tenured employees being recognized each quarter. Today we are spotlighting Debbie Harrison, Senior Administrative Assistant in Aviation Commercial Management and Analysis, who celebrates 40 years at the Port. Congratulations Debbie!

Debbie joined the Port in 1980 and has since worked at multiple Port properties ranging from Shilshole Bay Marina all the way to SEA Airport in various departments including T106 Distribution Center, Legal, Real Estate, External Relations, Aviation Properties, and Aviation Commercial Management. Debbie has witnessed many changes in the last 40 years. Some of the most significant events include:

Out of all these significant events, Debbie notes that the COVID-19 pandemic and the Black Lives Matter protests that occurred this year have been the most impacting. Being physically away from the office and co-workers for months is something that Debbie had never experienced before. Like many others who began to telework, Debbie had to quickly adapt to a virtual world where meetings, her daily duties, and networking would all take place online. The Black Lives Matter movement ignited caucusing and more diversity awareness which resulted in changes in policing and making Juneteenth a Port holiday!

Another significant change Debbie has witnessed is the growth of Employee Resource Groups (ERGs) that have significantly changed the Port experience and culture. In 2020, there are over a dozen ERGs to choose from. Debbie is one of the original founders of the Blacks in Government (BIG) Employee Resource Group. She has held various office positions: Vice President, Secretary and Assistant Secretary, and is an active member to this day. BIG was formed and chartered in 1993 with ten members and now there are over 70 members from different backgrounds. BIG has bought awareness to the Port about Martin Luther King Day, Black History Month, and Juneteenth in additional to educational training. 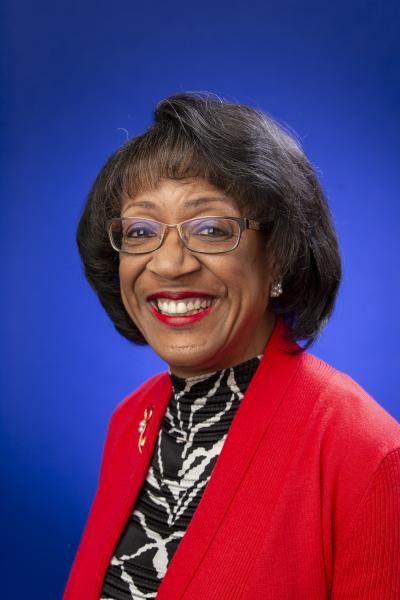 “The Port was and still is a close family and I’ll have fond memories. I have seen co-workers come and go and I have strived to survive. I am going to miss you all, as this will be my last award luncheon I’ll be attending (unless it is for one of you and I’m invited). In the meantime, take care of yourself, take care of the Port, and know that you all have a place in my heart.”