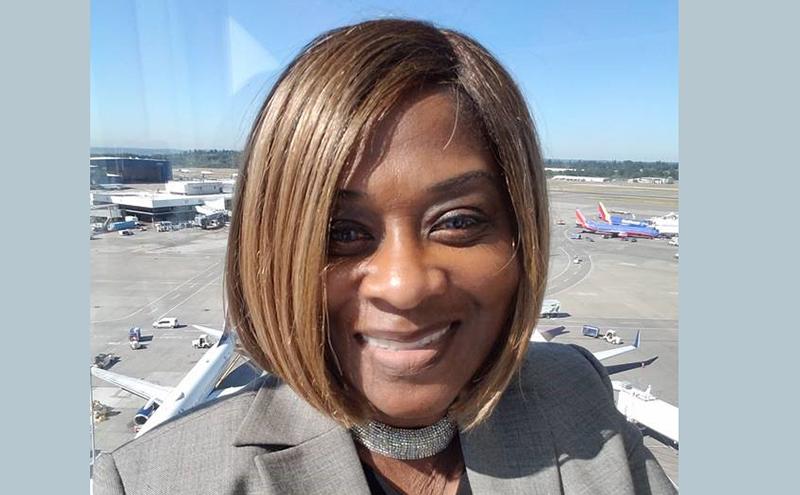 When Patricia Ly came to the Port of Seattle over six years ago, she was brand new to the Puget Sound, having moved all the way across the country from Atlanta, Georgia. Looking out the windows of the Port Commission Office at Pier 69, she recalls being amazed by a huge ship coming into the harbor. The closer the ship drew, the more it engulfed her view. She sees that ship now as a symbol of the professional growth she has achieved throughout her time here.

After a brief period in the Commission Office, Patricia moved to the Pier 69 reception lobby. This new role provided valuable opportunities to build relationships with employees from across the Port, as well as, Port business partners and tenants. She even got to know former Washington State Governor Christine Gregoire and her family. Patricia became familiar with the business units across the Port, their various functions, and who to call to get things done. Within two months of participating in an internal internship with the Port’s Central Procurement Office, Patricia was hired into a full-time role as a Contract Administrator. In that role, she had a unique opportunity to help build content around Diversity in Contracting and advocate in the community for small, women-owned and minority-owned businesses to contract and conduct business with the Port.

Patricia is an actively engaged member of the Port community. Beyond her formal responsibilities, Patricia immediately became involved with the Port of Seattle Chapter of Blacks In Government (BIG), where, over the last six years, she has held various chapter, regional and national positions. She is currently the Regional Director for Region X and has represented our region at the Congressional Black Caucus. Patricia is also a Board Member for the Port’s chapter of the National Management Association (NMA), and will be attending her first NMA National Conference in Portland in October.

Patricia stepped into a project manager role for the annual conference of the Administrative Professionals at the Port (ASAP) and eventually held the chair role for the group. Building an all-day event on the theme of the Happiness Initiative, she set sail with nearly one hundred Port employees for a ride through the Duwamish and Ballard Locks. Her fellow attendees remember the day fondly, and she is proud to have played a key role in “the highest attended ASAP Conference ever!”

This fall, Patricia joined the Port’s Development and Diversity Council. She hopes that her position on the council will give her an opportunity to work with the new Senior Director of the Office of Equity, Diversity, and Inclusion, Bookda Gheisar, in the coming year on the Port’s equity strategy. “My hope is that we will take an integral role in what Bookda is putting forth, and help guide it, and show that the Port is walking its talk and sincerely engaging with employees in what impacts them directly. Development and Diversity Council has been an essential part of driving that work in the past.” 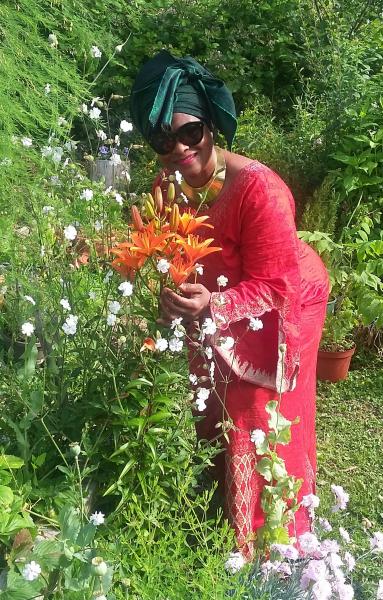 Patricia now serves as the Assistant to the Managing Director of Aviation, Lance Lyttle. “I like to say he’s the mayor of a city and I’m the city manager.” In her current role, she acts as a liaison between the director and his 14 direct reports responding to internal operational and external demands. There are many factors to consider to keep one of the country’s busiest airports running smoothly, including public safety, security, environmental stewardship, and customer service.

Outside of work, Patricia loves gardening, especially lilies. “My grandmother’s name was Lillie, my mother’s name was Lillie, and my daughter’s name is Lillie.” The family connection inspires Patricia to grow and collect lilies, her favorite being the Asiatic. “They are fragrant and very delicate, yet so strong. reminding me of my grandma. Nana was the six-foot-two matriarch of our family and such a strong presence in my life.” Patricia’s passion and love of gardening and community service come from her grandparents who used their 100-acre farm to grown food and feed the community. “To whom much is given, much is expected.”