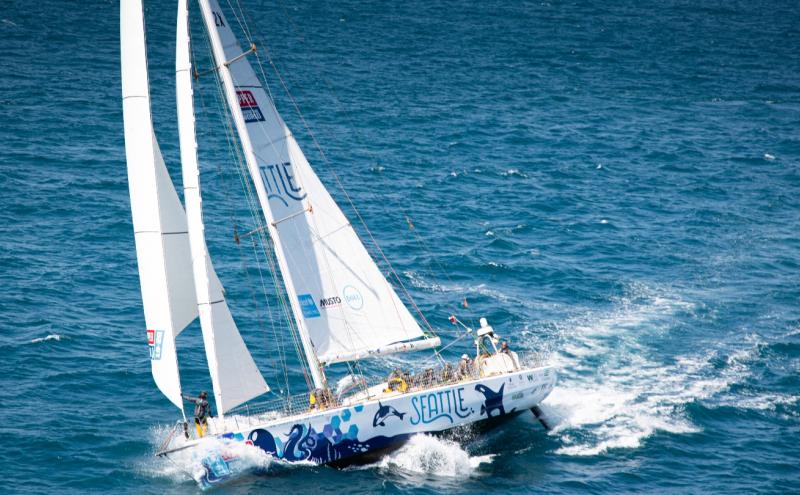 After a two year wait, the Clipper 2019-20 Race officially restarted on March 24, 2022, from the Philippines and is expected to take 30 days, with 11 boats strong. The Clipper Race fleet is due to arrive in Seattle between April 16-21, 2022.The race across the mighty North Pacific will pose an extraordinary challenge, potentially with huge waves and extreme weather systems as teams race towards the Port of Seattle’s Bell Harbor Marina.

The North Pacific, the world’s largest and most remote ocean, is home to some of the most challenging conditions sailors can face. For the race crew currently facing this very challenge, Mark Light, Clipper Race Director sums up this leg of the race:

“The crossing ahead will be huge. The Pacific Ocean is the biggest body of water on Earth, and the crew can expect huge depressions that will roll across every few days, making for huge waves and strong winds — you will not get sailing like this anywhere else in the world.”

The sailing team representing the City of Seattle, along with 10 other teams competing in the international Clipper Race, began the thrilling journey across the North Pacific Ocean towards its namesake destination, with a drive to be the first team to arrive and to raise awareness about ocean health.

Seattle is on its third consecutive edition as a Host Port and Team Partner with the Clipper Race, and the Port of Seattle, Seattle Sports Commission, and Visit Seattle are once again working to show off the “Emerald City” to an international audience.

“Everyone on board the Clipper Race yachts are in for a fantastic experience as they sail into Seattle in mid-April” said Beth Knox, Seattle Sports Commission President. “Our scenic views, the warm welcome from our local businesses, and the energy you feel from people enjoying our great outdoors and recreational activities will showcase the best of the Pacific Northwest. The Seattle Sports Commission and our partners are proud of the Seattle team’s efforts thus far, not only with the spirit of competition but also in their partnership to draw attention to climate issues affecting our oceans.”

The 13 Seattle crew members competing on this leg are led by a professional Skipper and First Mate and represent six different nationalities. Two of those crew members, Arvin Vulliet and Marcus Cox, are from Washington state, and revel in the opportunity to sail into their home port and welcome the entire Clipper Race fleet to Seattle.

“The Clipper Round the World Yacht Race showcases the adventure, teamwork, and environmental focus that is at the heart of the maritime world,” said Port of Seattle Executive Director Steve Metruck. “We are thrilled to welcome the event’s Race Crew back to Seattle’s Bell Harbor Marina from mid-April and cheer them on to their next destination.” 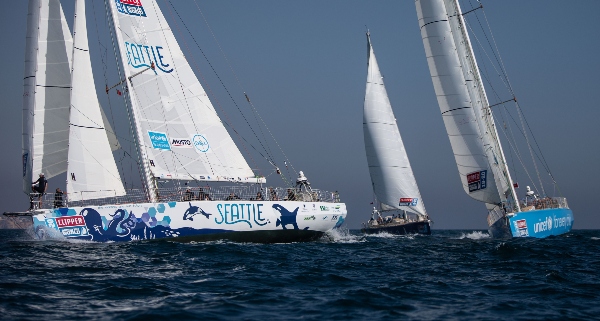 The Clipper Race is the only event of its kind which trains people from all walks of life to become ocean racers. Participants sign up to compete in one or multiple legs, or the full eleven-month circumnavigation. The age of its crew ranges from 18 to more than 70 years old.

Before the event was put on hold by COVID-19, the teams left London in September 2019, then raced over 20,000 nautical miles (nm) with stops in Portimão (Portugal), Punta del Este (Uruguay), Cape Town (South Africa), and Fremantle and the Whitsundays (Australia). The Clipper Race fleet has remained in Subic Bay Yacht Club since March 2020.

How you can participate

Due to COVID-19 the boats will not be open to the public for tours this year. But you can still participate in the following ways:

Related to Clipper Race Restarts and Heads to Seattle 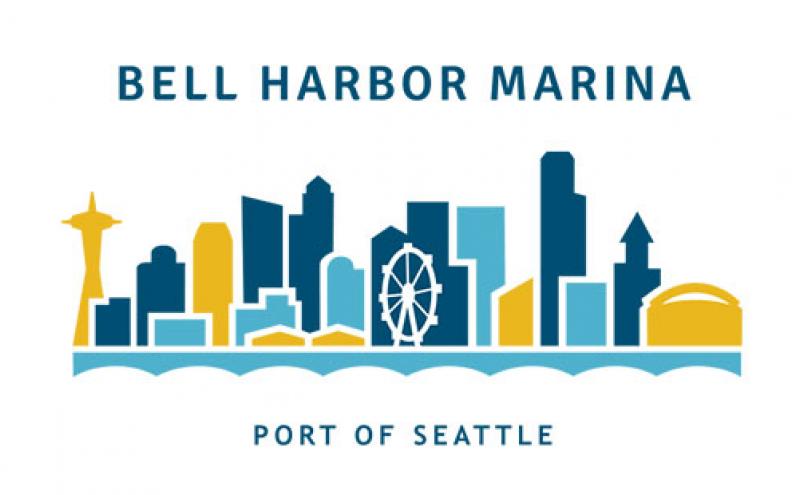