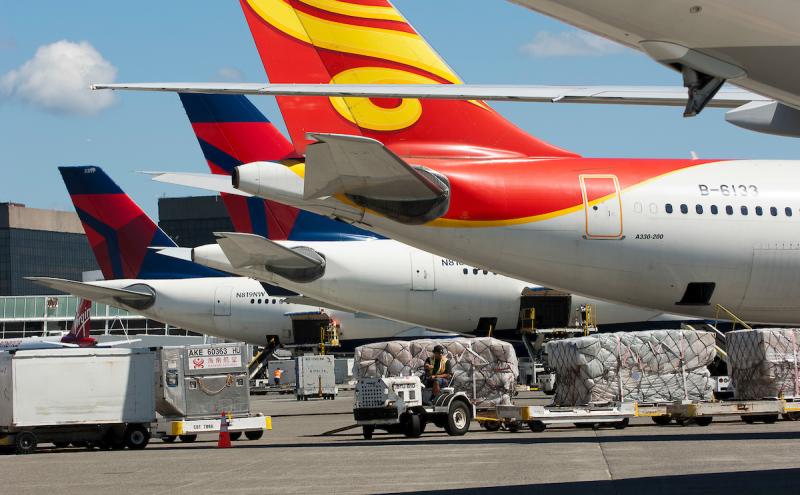 Since 2020, the Port of Seattle has supported Goodwill Seattle's Youth Aerospace Program, which helps underserved high schoolers prepare for a career in the Aerospace industry. The program begins when the youth is starting their junior year of high school, and ends with their graduation from high school. The Port of Seattle helps keep this program free for students through its Opportunity Youth Initiative, and also contributes to the paid stipend for students, which can be a critical factor in job hunting for low-income youth.

The team from the Port’s Office of Equity, Diversity, and Inclusion interviewed three people involved in the program, including one former participant (now a mentor), and two students.

Beraca graduated from the Youth Aerospace Program in 2019, and it had a huge impact on her life and her career. She is currently a rising junior at Gonzaga University, where she’s studying mechanical engineering. Now, she’s back at the aerospace program, acting as a mentor to current participants. She spoke to us not only about her day to day experiences as a mentor, but also about how she was able to pursue a career in aerospace thanks to the program.

As a mentor to students, she does a lot of different work. Speaking on a normal day: “It’s always something new — I'm answering phone calls at the front desk, helping students who are trying to get jobs or learning English, and helping them figure out what classes to take." Beraca spoke about how she herself is from an immigrant family, and many of the participants also come from similar backgrounds.

She’s also been able to help the students learn about programs, drawing upon her two years of college and increasing her own skills.

“I’m in my third year of mechanical engineering, where I learned some basics of 3-D designing and CAD (Computer Aided Design). Teaching it to the students has been really cool ... being able to come here and have them ask me questions and help them with projects has not only helped them but has furthered my own understanding of these programs.”

Program participants Deante and Mohammad were excited to talk about two programs and the skills they were developing. 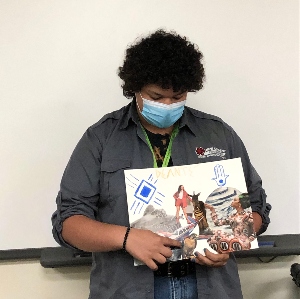 Deante is 17, and is a rising senior at Meadowdale High School. He was excited to tell us about his group’s “Aerobiz” project. Two of the main projects that the youth worked on were “Aerobiz” and “Aerolab.”

Deante spoke about his group’s project, which won first place in the competition. His group had the idea of having staggered seating in airplanes, which would allow for more seats and more efficient storage space in airplanes. Thanks to mentorship from Goodwill team members and in the aerospace business, the students learned skills in planning, engineering, marketing, and making presentations.

For some participants, the most challenging part of the project was presenting in front of professionals.

Deante told us, “It was honestly such a fun experience. I feel like once you’re up there presenting, you have a lot of confidence in your product.” 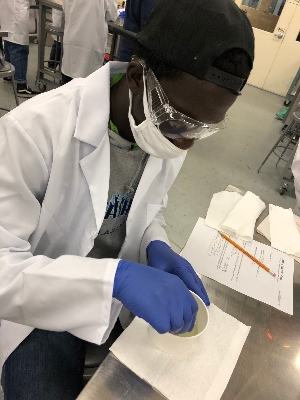 Mohammed is 18 and a rising senior, and his group also excelled in the Aerobiz competition. Mohammed talked about how his group researched alternatives to fossil fuels for planes, and how they decided to research a more sustainable option.

“Our group chose to talk about using hydrogen energy to power the planes instead of natural gas — since natural gas would cause a larger carbon footprint.”

They called their project’s company Ouranos after the Greek god of the sky, and received second place in the competition.

Youth Aerospace has helped many students learn about careers in Aerospace and STEM (Science, Technology, Engineering, and Math) and has given them opportunities they would not otherwise have had. Mohammed described his experiences, saying “It’s a new thing for me — I'd never done any STEM programs and being able to do this was amazing.”

Deante spoke to us about how he was always interested in archaeology, but after participating in this program he’s starting to think about pursuing a career in STEM, focused in composites. One element of Youth Aerospace is taking college level classes, and one such class this year was Composites 101.

Deante was very inspired by the class, and told us “Taking the Composite 101 class was honestly such a fun experience ... anything related to composites and composite-related materials is so interesting. To see something like a fabric become as hard as steel? Because of this program I’m definitely more interested in STEM fields, and I’d like to learn more about engineering.”

Clearly, this program has helped other students pursue aerospace careers, seeing as Beraca is currently pursuing mechanical engineering with the intention to eventually work in aerospace.

Help in the future

This program doesn't just help students while they’re in the program — it also supports them as they apply for and attend college.

This help was critical for Beraca, who described her experiences, “My senior year was pretty chaotic; I was just trying to figure out what I was supposed to do for college. It was the head of the program, Dan, who sat me down and worked with me to figure out what I wanted to do with my future, and showed me how to apply for scholarships. ... As an immigrant kid whose parents didn’t go to school here, having that help and resource was really important."

After she was accepted to Gonzaga University, she still received support.  “I remember my freshman year [of college] even though we graduated the program, we still got help from the team [at Goodwill]. I remember it was my first time taking all these engineering classes, so I was stressed, but they reached out to me and helped me find resources like the libraries and tutoring.”

For youth of color and those from low income families, it’s sometimes not enough to just get help applying for schools — there are also the issues of scholarships, imposter syndrome, and adjusting to academia.

Thanks to the hard work at Seattle Goodwill, as well as funding from the Port of Seattle, these youth are returning to school with support and new skills. 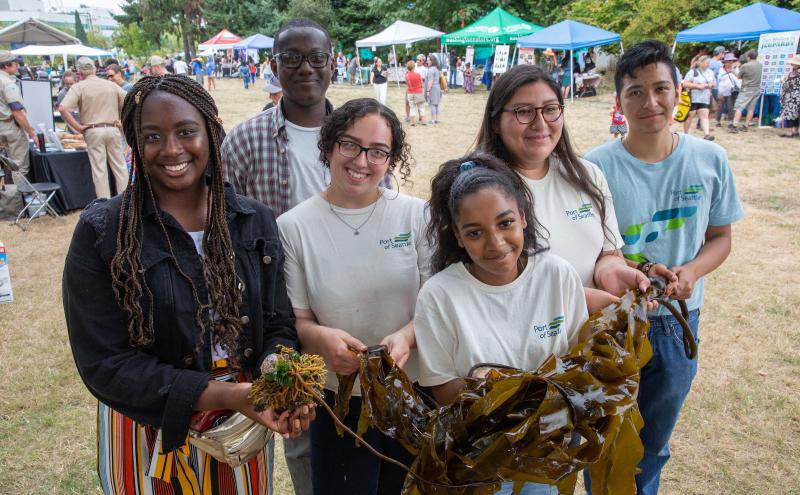 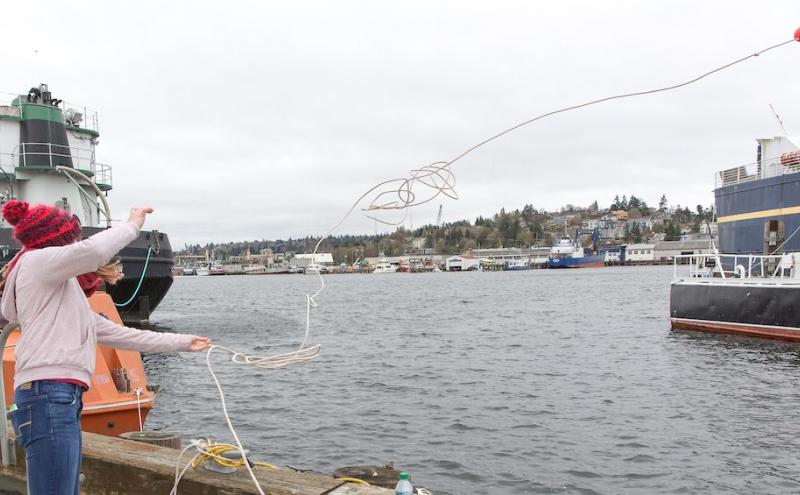 By William Walker and Morayo Kamson  Last year, COVID-19 deeply affected young people of color, who were suddenly faced with entering a workforce they were unprepared for. For the second consecutiv... 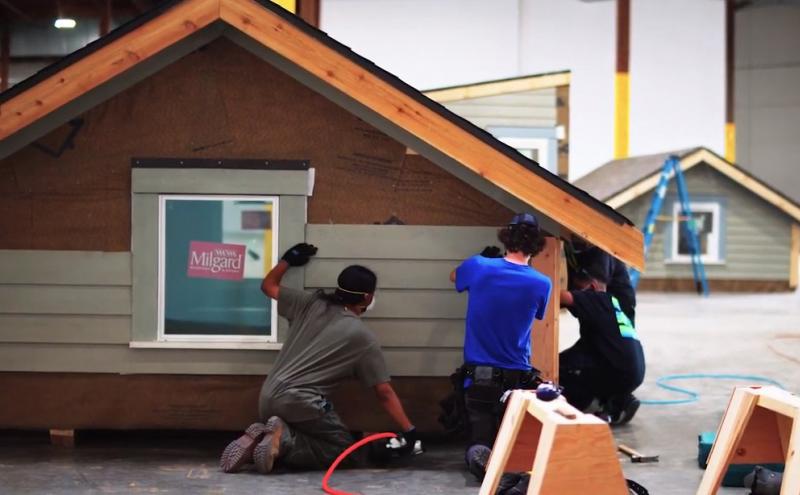