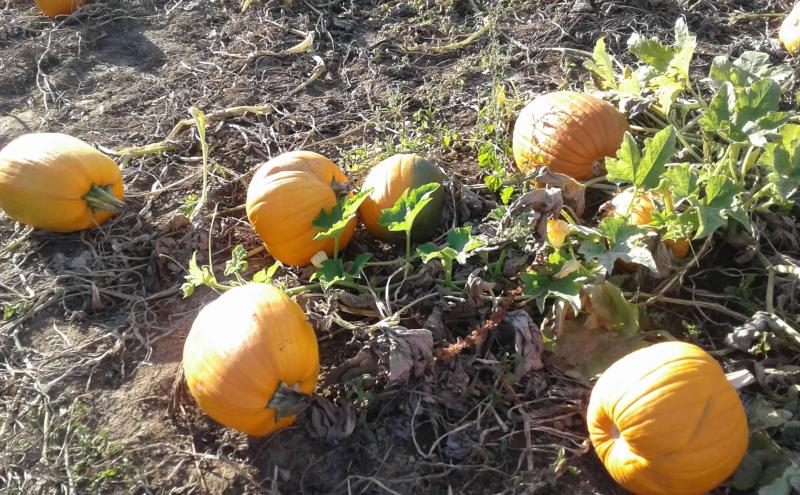 I absolutely adore the Peanuts, and I have around 100 Peanuts books. The Easter, Halloween, Thanksgiving, and Christmas holidays would not be complete without watching the respective holiday television special.

Linus Van Pelt is one of my favorite characters from the Peanuts. He is this lovely mixture of wisdom and innocence. He is a fountain of words and knowledge that are wise beyond his years. This is offset by his attachment to his security blanket — which his sister and blanket-hating grandmother loathe — and thumb sucking.

In his naivety, Linus transfers the attributes of Santa Claus to the mythical Great Pumpkin. Although he is teased relentlessly about his faith in the Great Pumpkin by some, he has been joined in his yearly vigil by friends such as Sally, Peppermint Patty, Marcie (who refers to the Great Pumpkin as the Great Grape or Great Squash much to Linus’ annoyance), Charlie Brown, and Snoopy.

Of course, not everyone was tolerant, especially his big sister, Lucy, who found the whole concept absurd and embarrassing. At one point, Linus told Charlie Brown that he learned to never discuss three things with people: religion, politics, and the Great Pumpkin. As an adult, there are plenty of landmine subjects we try to avoid at dinner parties and family gatherings. Race, religion, and politics are just a few.

The beauty of Charles M. Schulz was his ability to touch on sensitive topics in a way that was less threatening than direct commentary. Fred Rogers (Mister Rogers) had the same gift. Both would use their platforms to — directly and indirectly — address social issues and give life lessons that were also directed to adults. 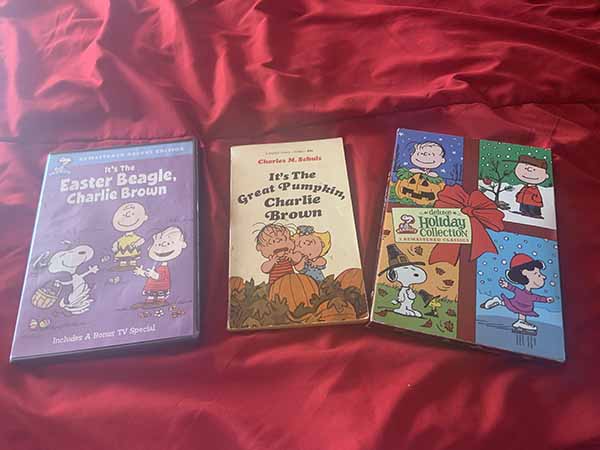 Charles M. Schulz received some flak after introducing a Black character named Franklin in 1968 — three months after Martin Luther King Jr. was assassinated. Franklin was introduced when he and Charlie Brown met at the beach. The introduction of a Black child was a bold step. The fact that he went to school with and played sports with white children was huge.

Mister Rogers was extremely committed to racial diversity, and in 1969 he broke a race barrier when he invited Officer Clemmons to join him in a pool. This was a time when pools were segregated, and some wanted to keep it that way. Both moves were commentaries on changing times.

Fast forward to today, and people are still uncomfortable hearing and speaking about race to the point where they become defensive when painful parts of history are discussed. I have seen it. Not talking about periods in history from Japanese Internment Camps, the Holocaust, American Slavery, the Trail of Tears, and so many more will not make them go away. To stay silent is to ignore the belief structures that allowed them to happen in the first place. We keep saying, “Never again.” Yet we hit repeat. 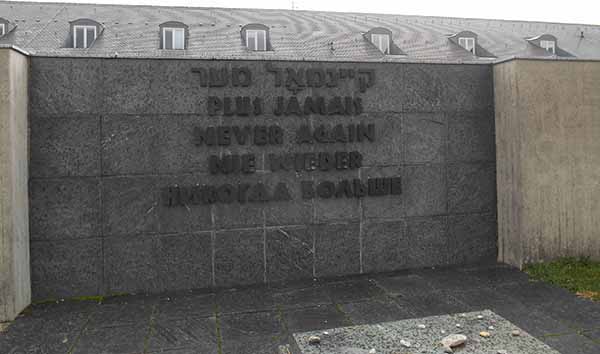 Religion and politics tend to be intertwined. Looking back at history, it seems that it always has been that way. While I do not profess to be a religious scholar or theologian, it does seem to me that the premise of most organized religions can be boiled down to one word: love. I suppose I could be accused of oversimplifying a complex subject, but I would firmly disagree.

Love your neighbor regardless of their race, religion, politics, sexual orientation, gender identity, or whatever excuse you have to not love someone.

Mister Rogers excelled in the area of love. He created a whole neighborhood that was a loving, inclusive, and diverse place, and he lived out love with his actions and service … not by quoting a bunch of scriptures. Charles M. Schulz was more direct with the use of scripture, with both Linus and Franklin known to quote scripture from time to time.

Love your neighbor regardless of their race, religion, politics, sexual orientation, gender identity, or whatever excuse you have to not love someone.

From the examples above, you can see that both Charles M. Schulz and Mister Rogers were not shy about making political statements, whether intentionally or not, on their platforms. Mister Rogers also believed in peace. The last six or so years have been chaotic. It seems political differences have damaged many relationships, which is extremely unfortunate. I would argue that the problem is not the left or the right, it is extreme viewpoints on both sides of the aisles, which leave little room for compromise or to build on what are common desires.

One of my favorite cousins passed away a few years ago. There is one topic we eventually mutually agreed to not discuss — politics. Our belief systems are the polar opposite on most of the “big ticket” issues. We would have these circular conversations that only ended up with frustration. She did not trust my data sources any more than I trusted hers. In the end, it seemed silly to focus on politics when they were a million other topics to discuss. However, the last few years have given me pause. There were many times the “silence of my friends” was deafening.

As mentioned above, Linus was joined by various friends in his wait for the Great Pumpkin. Many of his friends did not share in his belief, but they were willing to listen to him and support him despite — as he puts it — their “denominational differences.” There is a life lesson for us adults. In relationships, we do not have to be aligned in every belief system to have friendship and fellowship with one another. We just have to be respectful of our differences. I have friends who are Hindu, and I am not. That does not mean I cannot wish them a Happy Diwali or wish them light and love on a day that is sacred to them and their family.

When I was a child

I can glance back at childhood and remember the kids in my neighborhood. It did not matter that we were different races, religions, or some had more money than others. The only qualification to be friends was being a nice person. Of course, someone having Atari was an added bonus of being their friend. On a side note, I just reminded Liza, a friend from childhood who had Atari, that she always gave me the broken joystick, so she always won. 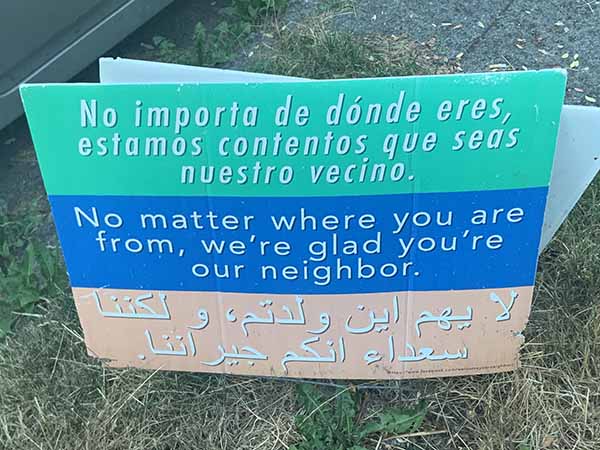 All of us neighbor kids became friends before the world told us the reasons why we should not be friends or pointed out all of our differences. As children, we were not focused on how we were different. We focused on what we had in common and built relationships around that. While we did not live in Mister Rogers’ Neighborhood, we did know how to be neighbors despite any differences.

As adults, that is a lesson we should relearn.

Related to Life Lessons From Mister Rogers and the Great Pumpkin 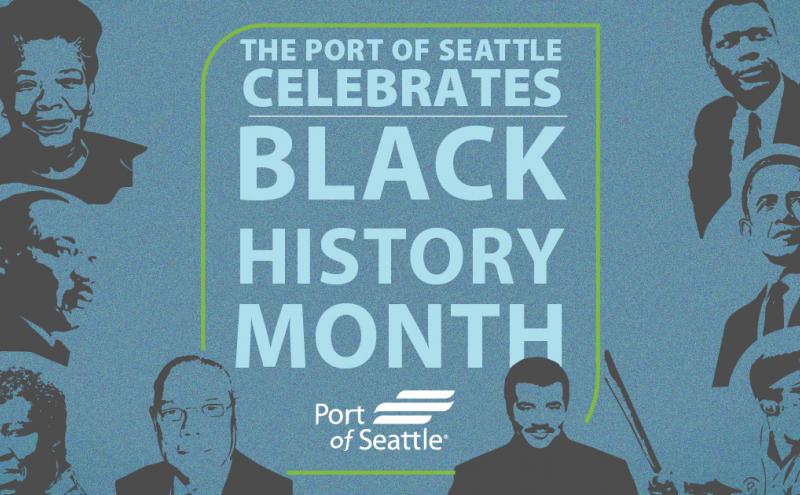 My Reflection of Black History

Last year, in honor of Black History Month, the Port of Tacoma and The Northwest Seaport Alliance employees were able to share why the month matters to them. Here is what I wrote. âWhen I was g... 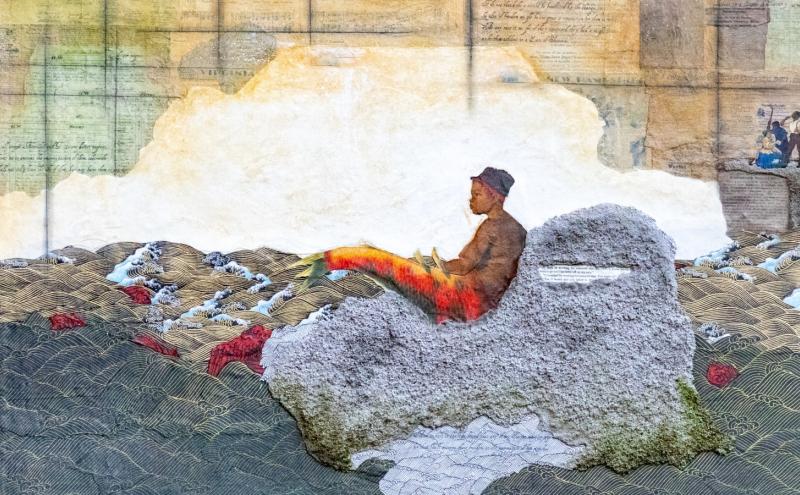