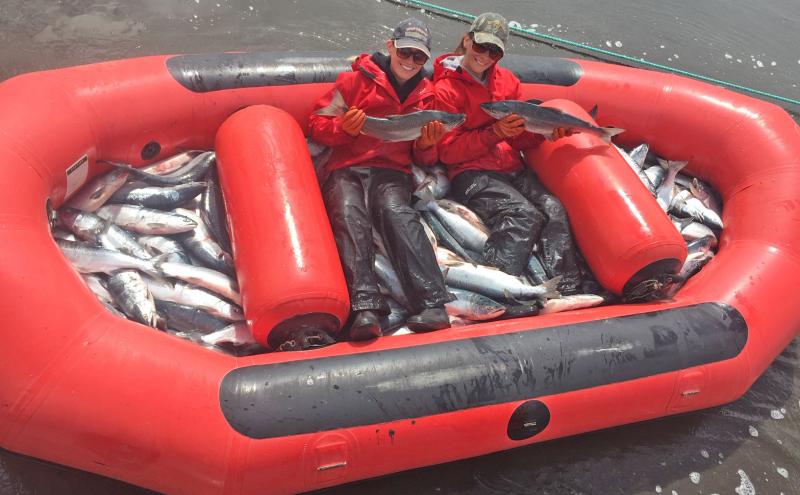 Evelyn Clark started competing in beauty pageants at the age of 10 as a way to improve her self-confidence. The 27-year-old Seattleite was crowned Miss Washington USA in November, and now steals the show as she graces the stage with perfect poise, and flawless hair and makeup. But Clark has a second life that runs counter to her pageant persona. Clark, who recently competed in the Miss USA pageant, spends each June on a boat in Alaska’s Bristol Bay covered in fish slime and saltwater, working as a commercial fisherman in an all-female setnet fishing crew that hauls in hundreds of pounds of salmon each day.

Setnet fishing consists of setting up stationary nets off of the beach. The nets are hooked to a line and pulley system and left out to catch fish for about eight hours. Crews then row out to the net and pull themselves along the line as they pick fish out of the net and into the boat. 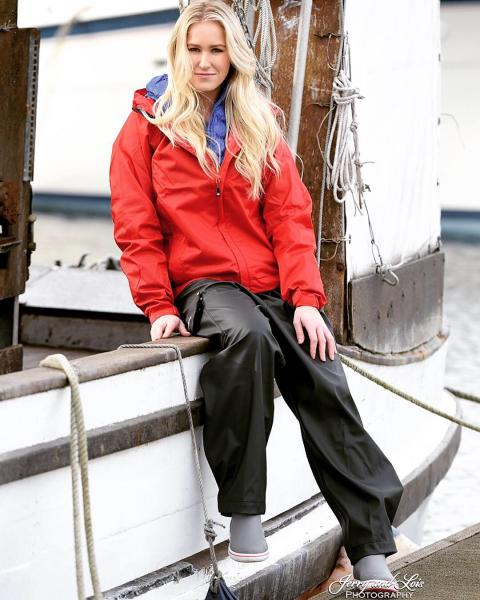 “I grew up doing it; my dad had been going up there since he was a little kid, and I’ve been doing it since I was a year old,” said Clark, who now works as a paralegal in Bellevue. “My parents bought a fish processing site up there and my brother and I watched over my mom’s setnet site.”

Her family owns C&H Classic Smoked Fish, based in Cathlamet, Washington, and have operated fishing sites in Bristol Bay, Alaska, since the late 1950s. In 2012 Clark bought her own setnet operation.

Clark loves the whole experience of it: messy hair, smelly clothes and all.

“It’s also a nostalgic thing too; I’ve been doing it so long it seems almost unnatural to not go up and do it.”

Clark’s father has a drift boat, and her mother fishes setnets alongside of her own. Since there is no cell service in Bristol Bay, it’s also an opportunity to disconnect from the demands of the digital world.

Between fishing and time spend picking fish, there are often just three to four-hour breaks from work where Clark must choose between eating, sleeping, and taking a shower. 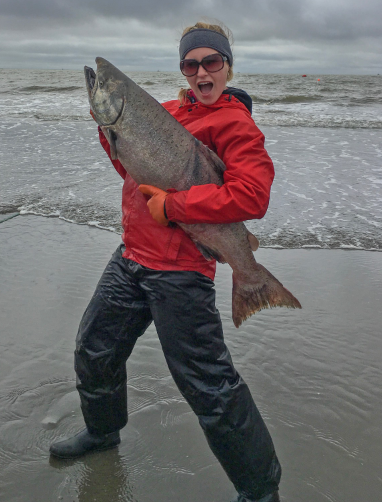 One of the girls

Setnet fishing can be a physically demanding job and a lot of the fishermen tend to be men. But Clark, her mother, and other relatives fish together on an all-female crew.

“We learned we had to do things a little different,” Clark said.  “Over the years a lot of male fishermen would tell us to go home. If there were a lot of waves, they would tell us it’s not safe: ‘don’t go out there’. They’d always stop and ask us if we needed help.”

It also led other fishermen to test their limits. One time, fishermen at the setnet site next to Clark’s put a smaller net right in front of her net to capture the fish before it reached hers. “They wouldn’t have tried that otherwise,” she said. 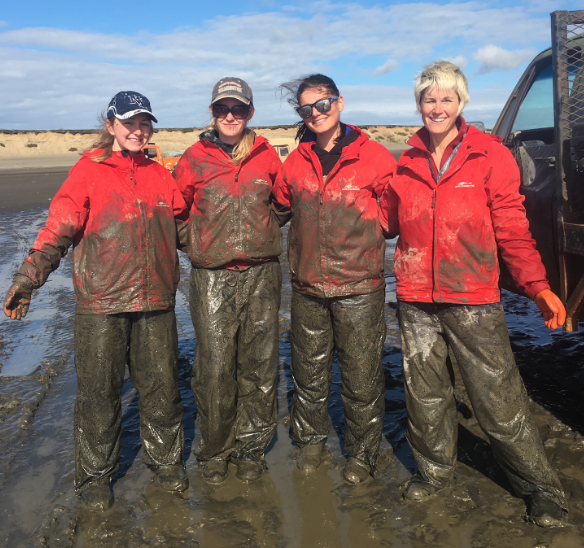 Although commercial fishing and pageantry might appear to be far removed from each other, she said her time working Alaska has provided her with the confidence and determination to help guide her through the pageant world. 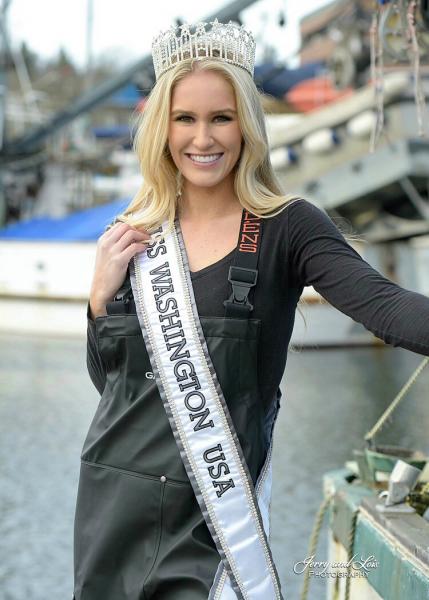 “I put in the work and I don’t give up,” she said. “I competed for multiple years without winning and I could have stopped or given up, but I knew I couldn't stop until I saw it through.

Even if Clark didn’t win, she knew she had to keep trying.  “I wouldn't have felt fulfilled. I learned responsibility at a young age through fishing; even I if wanted to give up I knew I didn’t have that option.”

Her summer fishing schedule has made pageant preparations challenging at times, but Clark said she learned to use her time more creatively.

“It’s tricky, fishing for a whole month in the summer,” she said. “But going to Alaska never stopped my pageant preparation. I’d get in really good shape by doing the fishing, and I’d still fit in my workouts during fishing breaks and practice answering questions on the boat. The preparation never stopped; my time in Alaska gave me time to prepare.”