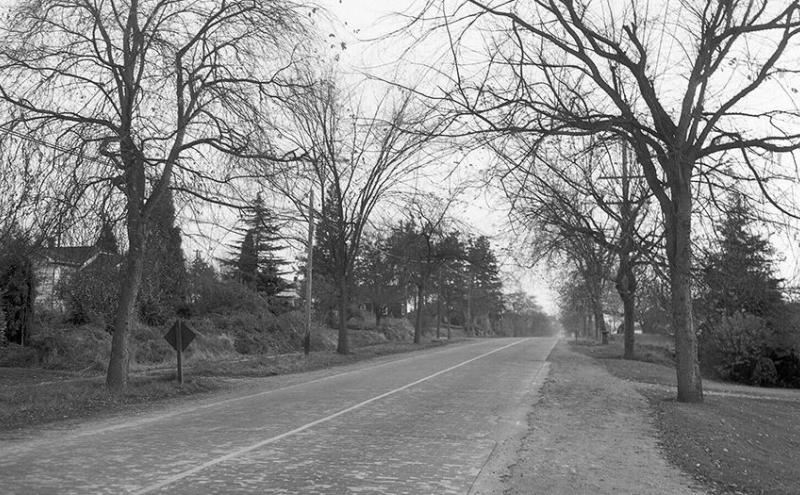 In 1921, Seattle wanted to honor Washington citizens who died serving in World War I in a unique way that reflected the Northwest. The Seattle Garden Club chose to plant over 1,400 elm trees along a King County historic brick roadway, Highway 14, from Seattle to Tacoma. The tree-lined roadway would echo the canopied, cathedral-like boulevards of France where so many American soldiers had fought. Funding would be provided by the purchase of the trees from individuals and organizations. 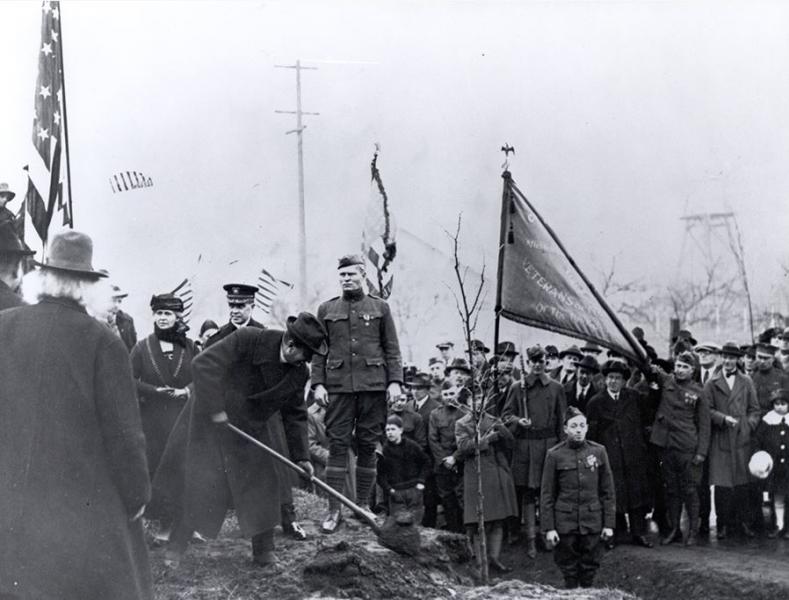 With the march of time, these Memorial trees fell to battles of their own. The rise of Dutch Elm disease, installing utilities, and paving over the bricks meant many trees were severely damaged or died.  In 1963, King County erected a granite memorial, carved with the names of all those who had been honored.

But the “Living Memorial” was still alive in the hearts of the local communities who had since incorporated the areas surrounding the Drive. In 2000, King County and the cities of Burien, Normandy Park, SeaTac, and Des Moines formed an interlocal agreement to develop a Corridor Management Plan to rehabilitate, enhance, and promote the original purpose of the Drive.

A community citizens group, the Des Moines Memorial Drive Preservation Association, formed to support the implementation and funding of the plan.

“We celebrate our freedoms by honoring those who died to preserve it; historical monuments, living and built, are important foundations of a community’s heritage and need to be maintained and protected,” says Chairperson Rose Clark.

Recently, the Port of Seattle funded Forterra to expand their Green City Partnerships program into Burien, Des Moines, and SeaTac. As part of this nearly half-million-dollar contract, funds were set aside specifically to assist with the replanting of elms along Des Moines Memorial Drive.

“We are happy to support preserving an important part of our shared history, while increasing forest canopy at the same time,” said Port Commissioner Fred Felleman. “Thanks to the leadership of the Preservation Association and Forterra, future generations will be connected through these trees to the sacrifices of the past.”

Forterra and the Association intend to work together to get more elms planted along the drive. They will be planting Frontier Elms which are disease resistant.

“We appreciate the history of the memorial and the dedication of the Association. Thanks to the Port’s funding, we are excited to bring trees, planning, and stewardship expertise to support the Association’s efforts”, says Ali Lakehart, Senior Project Manager with Forterra’s Green Cities Program. 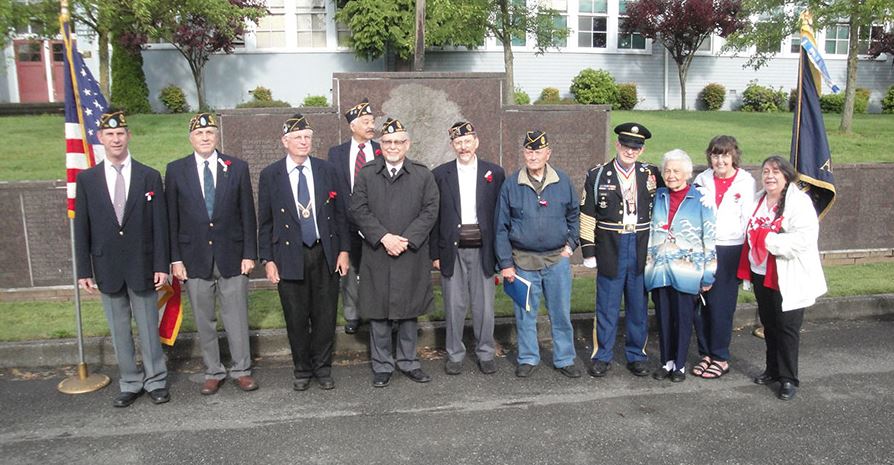 In support of this effort, Forterra is developing an interactive map showing all the places along the Drive where new trees can be planted, both on private and community-owned property.

Properties deemed unsuited to tree planting can host a memorial tile or plaque. Forterra and the Association will be sending information and an invitation to engage with the project to residents along the drive.

While this endeavor is rooted firmly in an important and meaningful Memorial, its benefits also reach out to the future of these communities regarding climate change, habitat loss, and declining biodiversity due to increasing growth and development in the area. These replanted trees will honor the past while greening these cities and enhancing the community for future generations.

But these achievements haven’t happened by accident. The heroic persistence of the Des Moines Memorial Drive Preservation Association has united cities and organizations behind this restoration, echoing the determined citizens who joined together to create the original memorial. This “Living Road of Remembrance” is a poignant example that communities will always need trees — and how much trees also need communities.

Republished with thanks to the Des Moines Memorial Drive Preservation Association for the tour of the Memorial and interview.