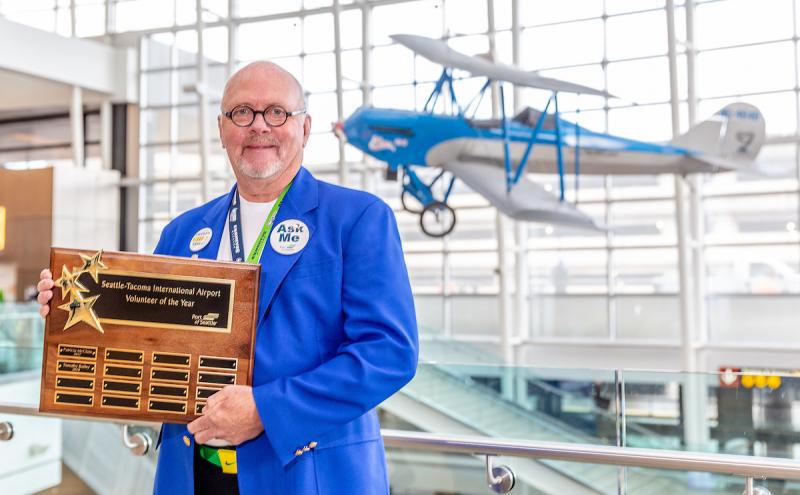 The retired Federal Aviation Administration (FAA) air traffic controller currently volunteers at Seattle-Tacoma International Airport (SEA) giving directions and helping travelers get to and from their destination. Travelers with questions swarm him, waiting for the chance to ask him how to find the Link Light Rail, the restrooms, the baggage claim, or the Uber and Lyft pick up.

Bailey also fills his days volunteering at the Federal Way Police Department and at golf tournaments, which combines two of his passions: volunteering and golf. With his remaining time, he is employed as a security officer for King County.

Bailey, used to the adrenaline rush as an air traffic controller, thrives in the environment of a busy airport. Every Friday morning from 9:30 a.m. to 1 p.m. Bailey can be found just outside the B gate exit by the escalator, clipboard in hand, wearing the standard volunteer “Ask Me” button and brilliant blue vest.

Bailey was recently honored as SEA Airport’s 2018 Volunteer of the Year. He has been volunteering at SEA since he retired from the FAA Ramp Tower at SEA four and a half years ago.

Sue Hansen Smith, manager of Airport Customer Service at the Port of Seattle who manages the volunteer program, said selecting Bailey for the award was a no-brainer for anyone who has watched Bailey in action. 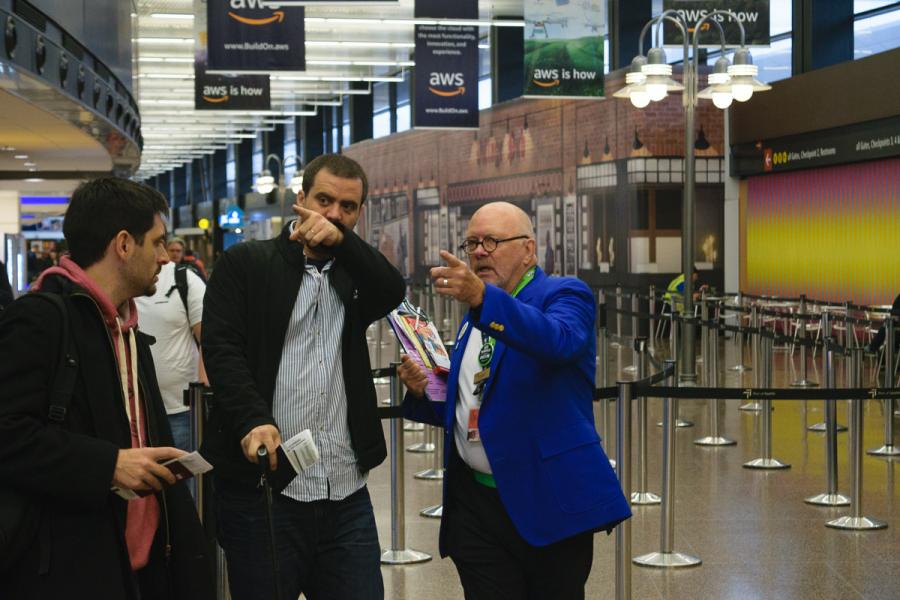 "He’s very proactive and very animated; his arms are moving every which way as he directs people down the escalator to the Uber pick up, baggage claim, and security lines," she said. "He’s pretty amazing."

Hansen Smith said the Volunteer of the Year is selected based on nominations from Port and airport employees who regularly interact with the volunteers, as well as her own observations. Volunteers Lindsay Johnston, Betty Savage, and Christa Friedrich were also nominated for the award.

"Our volunteers all have a love for helping people and a love of being at the airport," she said. "Many of them travel a lot and they like the airport environment. Their reward is seeing the gratitude from the travelers when they help answer a question or help them find their way."

Bailey said the secret to his success as a volunteer is proactively looking to help others. After noticing that verbal directions didn’t always help people locate the rideshare pick up, he and his wife put together their own written directions to hand out to people.

Instead of waiting to be approached by travelers, he has learned to spot the people who need help.

"I can tell by their body language and the look on their face that they are in dire need of help," he said. "Even people who live here and fly out of the airport on a regular basis can get confused. They may come out of a different gate, or get lost with all the construction going on."

Bailey said he is happy that he can relieve tension when he gives travelers as much information as possible.

Bailey said if you’re confident with information when you relay it, helping travelers is an easy job.
"Very seldom do I run into a question I don’t know the answer to," Bailey said.

When travelers ask him the best way to get downtown, he recommends taking the Link Light Rail and he is sure to advise that it will take eight stops and 30 minutes. He shares what he loves about Seattle to those who are visiting Seattle for the first time. He advises them to go to Pike Place Market, the Ferris Wheel, the newly renovated Space Needle, and to take an underground tour in Pioneer Square.

He also uses humor to lighten the mood when security lines are long and people are worried about missing their flight.

"I tell them if you’re a VIP from Costco, Microsoft, Apple, and Starbucks, you still have to go to the back of the line; they usually find that entertaining," he said.

He also lets people know when the Transportation Security Administration K9s are working and how long it will take them to get through security to ease any concerns about missing flights.

Bailey said he is always challenging himself to be a more effective volunteer.

"I lie awake trying to fall asleep thinking about what I did today (at the airport), asking myself what can I do better, what can I say, and what did I learn today that I should tell people about," he said. "I’m always trying to improve."

There are currently 80 volunteers in the SEA Airport Program. The next round of interviews for volunteers will be held in late January or early February. Those interested in volunteering can submit an application and participate in interview sessions held throughout the year. Successful applicants will go through six weeks of training before beginning work as an airport volunteer.

Get the application form to become a volunteer. 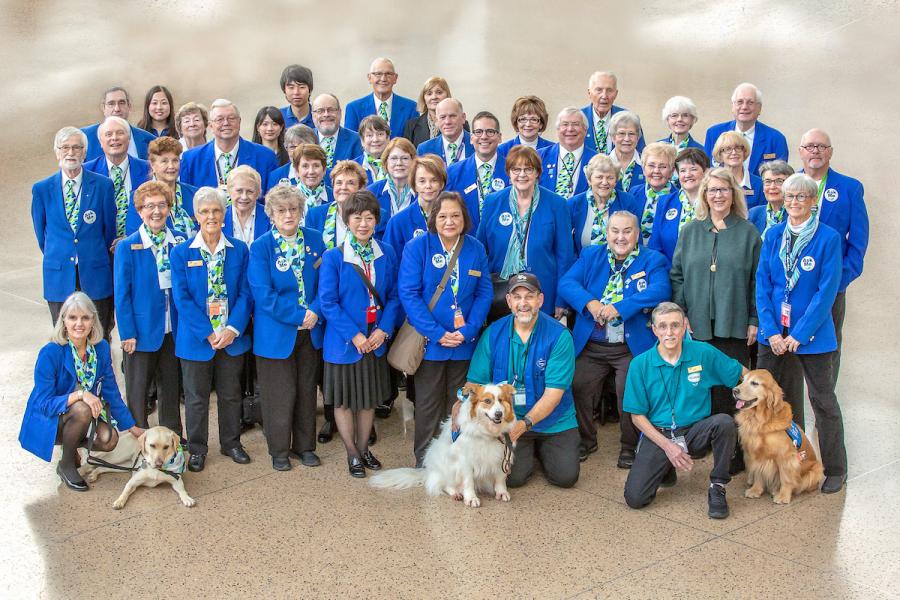 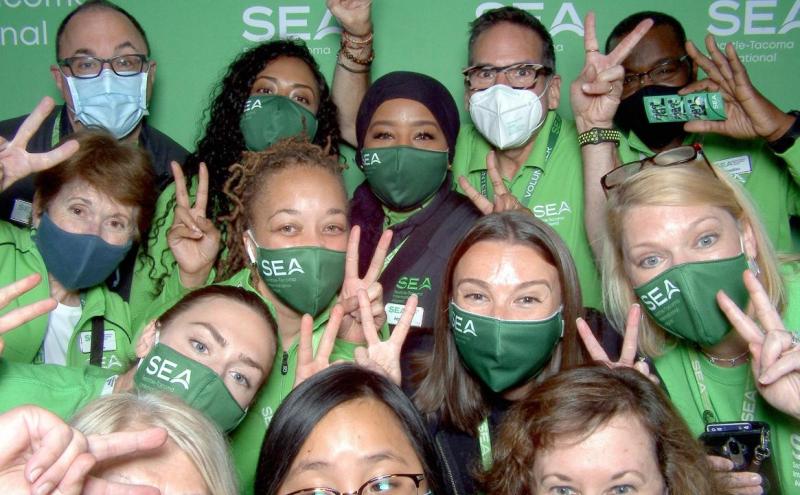 Join Our Volunteer Team â Apply Today! Seattle-Tacoma International Airport (SEA) is the first and last impression of our region for the traveling public.  Our community of volunteers is invaluab...