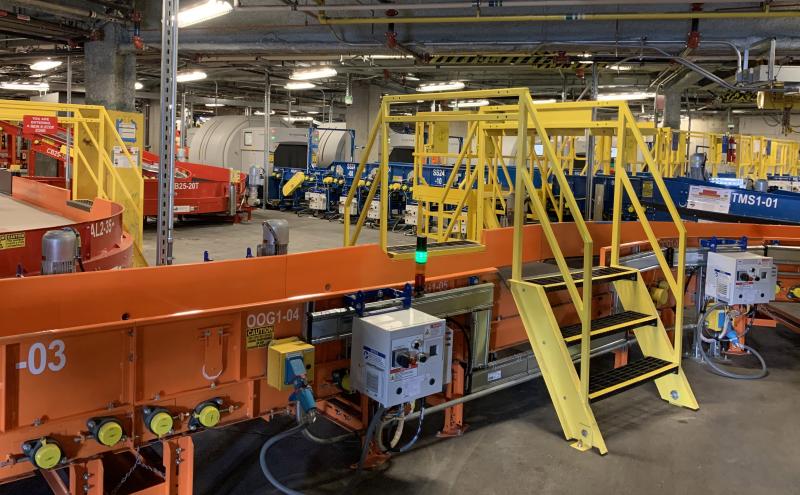 On the way to the airport, you typically think about your destination, where to pick up snacks for the plane, and how to pack to get through security. You probably never wonder, “how does my baggage get through the airport?” It’s actually a big and fascinating part of the airport experience, made better through a major upgrade to the complex highway of baggage conveyers hiding underneath the airport.

The first phase of the Baggage Handling System Optimization program went online quietly in April with the ability to screen more bags, operate more efficiently, and provide a safer and healthier work environment. Learn more about these behind the scene improvements with these five fast facts on phase one of the Baggage Handling System Optimization.

Phase one of this critical, airport-wide function focused on optimizing the heart of SEA’s baggage system – developing a centralized checked-bag screening. A centralized screening system means all checked bags, from any airline ticket counter, are screened by one of eight new TSA-provided Explosive Detection Systems (EDS) machines; four more EDS machines will be installed in the next phase of work. The new EDS machines can process approximately 700 bags per hour. The optimized system is designed for 16 total EDS machines to support future growth at SEA.

This centralized screening system allows the airport to handle peak times of passenger check-ins and maximize the capacity of all EDS machines for fast and seamless screening, ultimately supporting on-time departures.

2. Managing 10 miles of conveyor belts underneath the terminal

If you think it’s busy up here, you should see the traffic underground. Just like a busy street, there must be a centralized brain to manage traffic and get your bags to their destination. Port operations and maintenance staff can view the entire system on 10 big-screen monitors in a single command center. This holistic view is a major upgrade to the previous system of six separate control rooms and helps baggage flow more efficiently across the entire network.

This new smart system allows the Port’s operations team to pinpoint and diagnose impacted zones, inspect issues closely with cameras, and quickly deploy maintenance crews to clear jams and repair broken components. Another cool result of this upgrade is that every baggage system component is “plug and play,” which means failed components can be easily disconnected and repaired or replaced, allowing for issues to be compartmentalized. The consolidated controls will minimize system downtime to keep bags moving.

3. Conveyor belts take a nap to save energy

In our quest to be the most energy-efficient airport in the country, sustainability was a high priority.

Older baggage conveyors run around the clock, which can burn a lot of energy. But the new system uses smart technology that runs on-demand and automatically takes a break when conveyors are not in use. This new energy management system has the potential to reduce overall energy consumption by 30 percent a year.

4. Machines and workstations designed to carry the load

The new system supports ergonomics to promote a safe and healthy environment for both TSA workers and Port maintenance staff who service and operate SEA’s baggage handling system. The new Checked Baggage Resolution Area pictured below was built for bags requiring re-screening and feature ergonomic workstations to meet TSA’s “No Lift” policy.

5. The new system was built as it was operating

Just as SEA Airport runs 24/7, the baggage handling system must always be ready to process checked bags and get travelers to their final destination safely. Replacing a critical, systemwide airport component like a baggage handling system is no small undertaking. The innovative approach included building the new system alongside the existing and functioning baggage system in a very tight space.

To keep current travelers’ bags moving during construction, continuous and comprehensive contingency planning with multiple redundancies were required to be built into the system. For example, to test and certify the new components of the baggage system, diverters were installed on active conveyor lines to run both old and new systems. If there is a problem or outage with the new system, the diverter can re-route bags back to the old system.

Phase one is just the first of three phases of upgrades for this critical piece of SEA’s airport infrastructure. For more details, visit the Baggage Handling System Optimization program website to stay updated on progress. 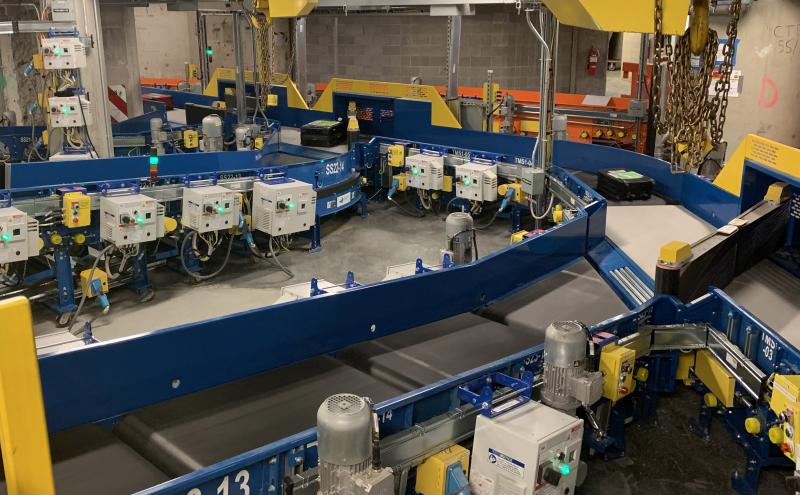 In collaboration with the Transportation Security Administration (TSA), the Port of Seattle is optimizing the outbound baggage handling system (BHS) at Seattle-Tacoma International Airport. The new sy... 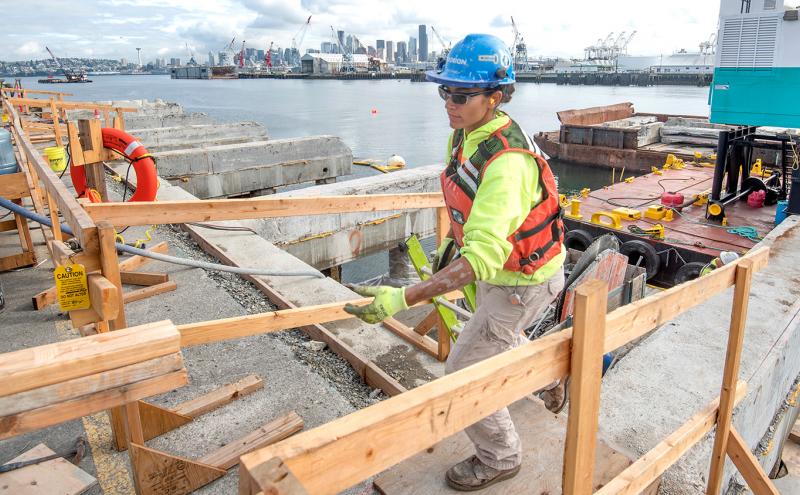 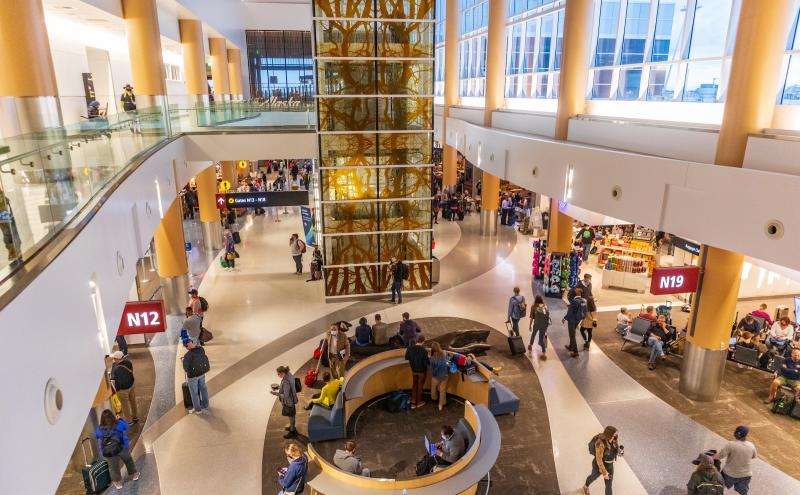