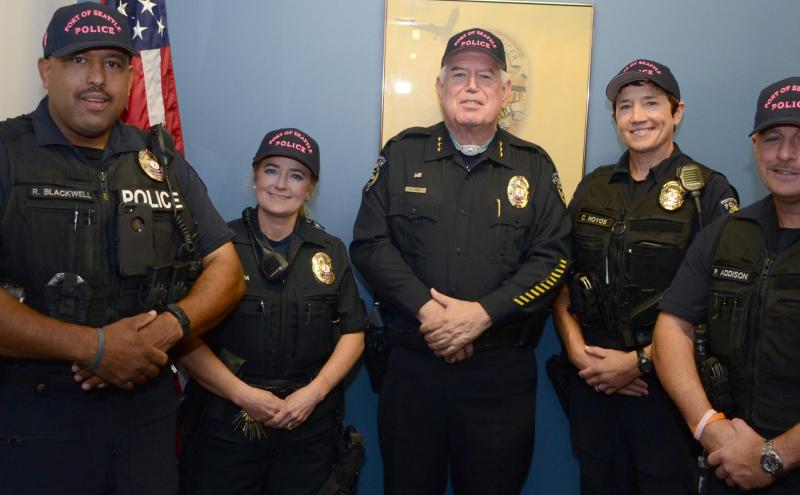 This year the Port of Seattle Police Department is changing up their normal attire in honor of Breast Cancer Awareness Month. Throughout October, officers will be seen patrolling the airport wearing blue baseball caps with pink lettering, and many have chosen to purchase a special edition Breast Cancer Awareness badge that includes the engraved name of a loved one and the standard pink ribbon. Proceeds of the badge were donated to the Susan G. Komen Breast Cancer Foundation, Inc. Through badge sales, the department was able to raise $1,500.

Breast Cancer Awareness Month is an annual international health campaign organized by major breast cancer charities every October to increase awareness of the disease and to raise funds for research into its cause, prevention, diagnosis, treatment, and cure. The campaign also offers information and support to those affected by breast cancer.

For Port of Seattle Police Chief Rod Covey, and many other officers, the effort is personal. He will wear badges to recognize his mother, Betty, and sister, Christine, who both bravely fought breast cancer. 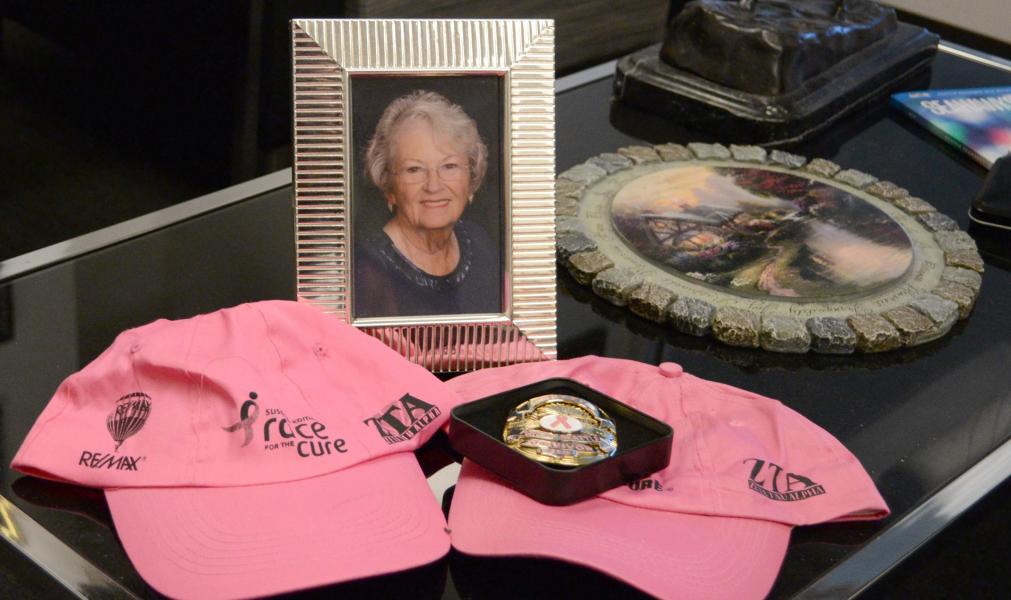 “I was given three months to live,” Covey said. “There was a much greater likelihood that my sister would live, and now that I’m the one who survived it’s important for me to push these issues,” he said.

For many years, Covey and his family went with his mother to walk or run in the Susan G. Komen Race for the Cure to help raise money for breast cancer research and increase public awareness of the disease. He has always wanted to do more.

“We are raising awareness to women at the Port and my department about the need to get checked; it is important to honor the women you've lost. You honor them by helping save others,” Covey said. 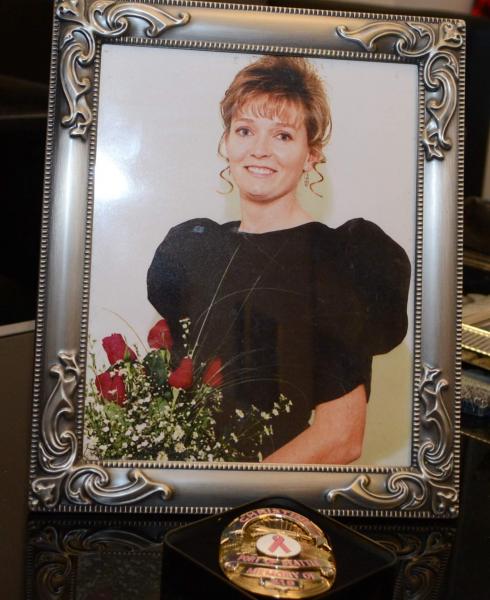 Covey said he is hoping to keep the goal of early detection in the front of people’s minds. An early diagnosis could have saved his sister’s life, so Covey wants to do all he can to make sure that others don’t have to go through the same thing.

“We want to honor and remember those we've lost, and honor the survivors who have had to battle this. Those who haven’t gone through something like this have no idea how terrifying it can be,” he said. “There are times you don’t know if you’ll make it through the next day.”

One in eight women will develop breast cancer at some point in their lives, according to the National Cancer Institute. With a number this high, many Port of Seattle Police Department officers have friends and loved ones who have been personally affected by breast cancer.

Officer Ray Blackwell has successfully fought a diagnosis of stage 4 brain cancer, so the need for frequent screening and strength it takes to fight the disease is familiar to him.

Officer Cindy Hoyos said two of her best friends triumphed over breast cancer and she has been blown away by their strength. “I’ve been astounded by their uprightness and desire to spread the word for regular screenings,” she said. “They are so inspiring — way braver than I’ve ever been.”

Hoyos said the response to officers’ hats and badges from the public have been amazing.

“They always ask if it’s a real badge,” she said. “Even though they’ve never met you they’ll still stop and share their stories.”

A Little Bit of Grace at the Airport 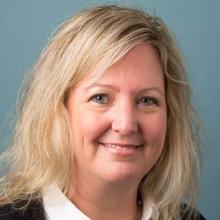