A Tree to Take Root in the North Satellite 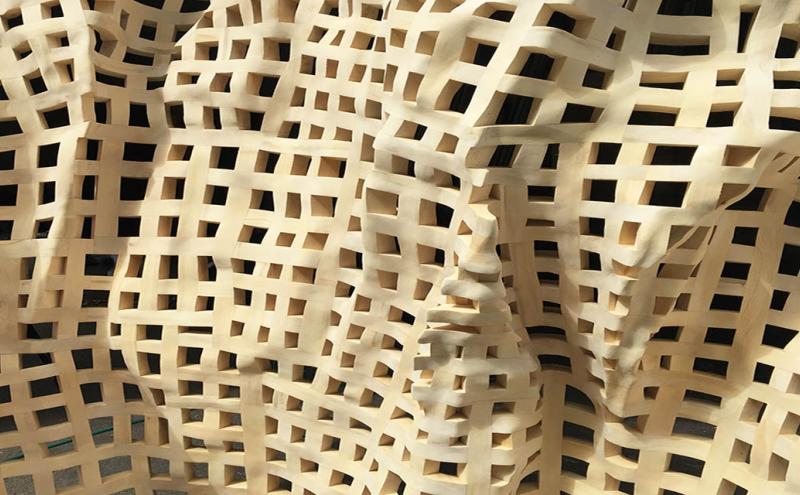 To John Grade, the root system in an old growth cedar isn’t all that different from an airline’s global network between airports.

The Seattle artist described the parallels between an airport and his planned installation at the expanded North Satellite terminal at Sea-Tac Airport.

The installation, called "Boundary," will be 43 feet high, 80 feet wide, and 20 feet deep and made with Alaskan yellow cedar. Grade and his team of employees are currently working on the sculpture piece by piece in his South Seattle workshop with an expected completion date of 2021.

"Inspired by an imagined vantage from below the root structure of an old-growth western red cedar, Boundary will cantilever twenty-five feet from the primary wall that welcomes passengers who enter Seattle-Tacoma Airport’s new North Terminal. The sculpture’s undulating radial perimeter will suggest a reference to a dividing ground plane at a scale similar to the spread of a commercial aircraft’s wingspan." (Image and description copyright John Grade)

There are four projects currently in the works in the studio, with employees creating a piece made of naturally purple “purple heart wood” and a sculpture depicting a pingo, a dome-shaped mound consisting of a layer or soil over a large core of ice. The process from development to installation includes the work of a team of employees and thousands of volunteers.

Passengers will be able to check out a unique view of the tree's elaborate root structure from below. Grade said passengers moving through the terminal will be able to look up through a delicate network of light-filled form to the interior of the trunk above as it rises 50 feet above them.

“You might not understand that the root system is related to a tree because you are so close,” Grade said. “It’s not that much different in scale than the wing span of a jet.”

Grade said passengers and those viewing the piece may start thinking about networks and things that are interconnected and the abstract mapping process that connects it all together. He said he is fascinated by the idea of root systems.

“Different species of trees share nutrients through their root systems; they can warn each other about different diseases that are coming along, and insects,” he said. “It’s a really nice analogy for air travel.”

Nature is a strong influence in all of Grade’s work.

“I didn’t know how deeply I cared about it until I lived in New York as a student,” he said. “That’s when I realized this matters.” 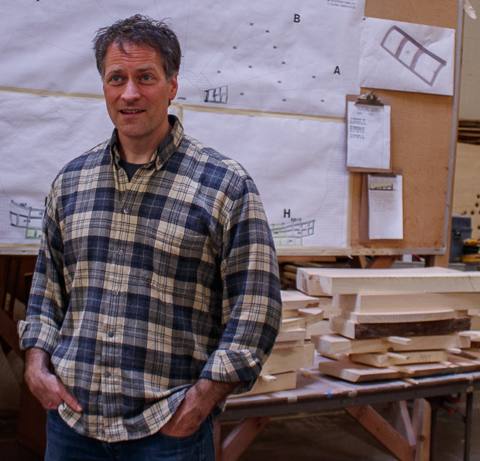 He realized how lucky he was in the Pacific Northwest to live within driving distance of great hikes and wilderness areas. Grade said the ideas for his work come from the way he looks at the natural world in terms of “how we understand it or use it in our lives.”

“I want to translate some understanding; it could be as simple as just trying to understand a tree or see how the wind forms something on a geographical time frame or just looking at elements of the landscape and relating our bodies to it.”

Grade said it was his connection to Sea-Tac Airport as well as the opportunity to reach a new audience that led to his interest in creating a piece at the North Satellite.

“People aren’t necessarily there to look at art but they are often going to have time; they can meander over while they are waiting for a flight,” he said.

The sculpture will utilize natural light in the space so Grade said “you’re just going to get these intense shadows through the root system in the structure.”

He said he loves the ideas of bringing the natural world inside the airport.

“We are often stressed or annoyed or bored because we are waiting in a TSA line,” he said. “How do you take somebody from that place, and nudge them to a place a lot of people get to when they go out into the natural world? This is a way to take somebody from that trickier place of being in transit and connecting them with the outside world in a small way.”

People may need to assure themselves that they are at the right gate and have 20 minutes before they have to board their flight but Grade said he hopes travelers take some time to check out the sculpture.

He said he also loves the idea of the sculpture as part of wayfinding.

“It would be so amazing if people started saying ‘take a right at the sculpture’.”