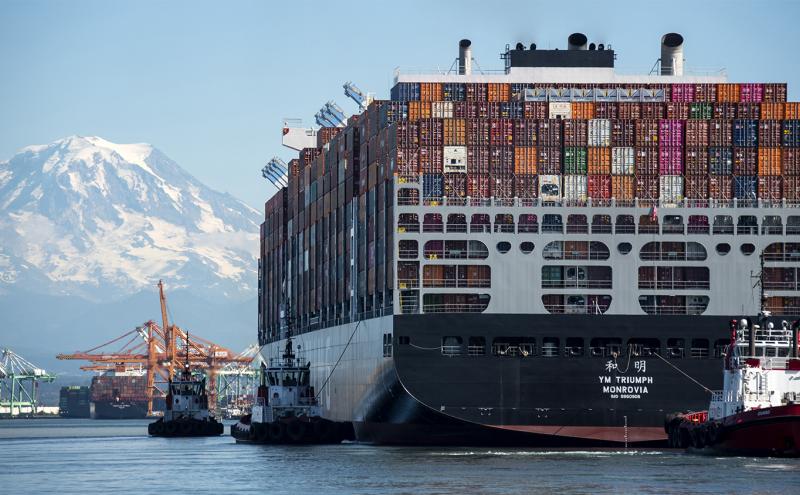 The Port of Seattle, Port of Tacoma, and the Northwest Seaport Alliance (NWSA) are writing to express gratitude for the renewed and active engagement by the U.S. government, under your leadership, in the development of strong environmental strategies and policies by the International Maritime Organization (IMO), especially those related to the reduction of greenhouse gas (GHG) emissions. We are also writing to express our strong support for the adoption of clear guidelines on short-term GHG reduction measures at the upcoming 76th session the IMO’s Maritime Environmental Policy Committee (MEPC) in June of this year. In addition, we support an increased focus by the IMO on reducing underwater noise from international ships.

We represent three port entities in the state of Washington: Port of Seattle, Port of Tacoma, and the NWSA, which is a marine cargo operating partnership between those two ports. The Port of Seattle is the largest and fastest-growing cruise port on the West Coast and the homeport for the Alaska market that served 1.2 million passengers in 2019. The Port of Tacoma is a key support facility to the Joint Base Lewis-McChord, and a federally designated Strategic Seaport to coordinate efficient port operations during peacetime and national emergencies. The NWSA is the fourth largest container gateway in the U.S., handling approximately 40 million tons of cargo annually, including containerized cargo shipping between Asia and major distribution points in the Midwest, Ohio Valley, and the East Coast. Together, our three maritime ports support more than 125,000 jobs and nearly $20 billion in economic activity. In addition, the U.S. Coast Guard’s base in Seattle provides support to over 1,600 active duty and reserve employees assigned to numerous vessels and shore commands, and to over 30,000 local military retirees and family members from all the armed services.

We pride ourselves on serving as a national security partner to the U.S. government and an economic engine for our region, state, and for the nation. We also are committed to doing our part to meet the urgent challenge of climate change, and to taking the ambitious actions needed to stave off the worst impacts and to doing our part to limit global temperature rise to 1.5 degrees Celsius. In April of this year, our three ports, along with the Vancouver-Fraser Port Authority in British Columbia, Canada, adopted the 2020 Northwest Ports Clean Air Strategy, which sets a shared vision to phase out seaport-related emissions of both diesel particulate matter (DPM) and GHG emissions by 2050 at the latest. Currently, ocean-going vessels account for more than half of those emissions in the Seattle and Tacoma harbors: 54 percent of DPM and 55 percent of the GHG. We are investing tens of millions of dollars to install shore power infrastructure at our major cargo and cruise ship terminals by 2030, which will nearly eliminate the emissions from those ships while at-berth; but the at-berth emissions are a relatively small percentage of the total emissions from those ships: eight percent of the DPM and 11 percent of the GHG.

Simply put, we cannot achieve the vision of becoming zero-emission seaports without stronger international policies and programs to phase out emissions from international shipping and create a “level playing field” across all seaports. We are requesting strong leadership by the U.S. in support of international action at the IMO in line with the Intergovernmental Panel on Climate Change recommendations to reduce global climate pollution.

The initial climate strategy adopted by the IMO in 2017 is a good start, but its central goals – to reduce total carbon emissions from international shipping 50 percent by 2050 and to phase out GHG emissions “as soon as possible this century” – must be strengthened as the IMO works toward adopting a revised strategy in 2023. In the meantime, we strongly support the short-term measures currently under development and consideration, including the Energy Efficiency Index for ship operations, the carbon intensity indicator, and the Ship Energy Efficiency Management Plan requirements. These are critical steps in the right direction, and we support strengthening these short-term measures once the framework is adopted by MEPC, like the process that the Energy Efficiency Design Index has undergone since its initial adoption.

Underwater noise from large vessels is a growing concern around the world as it affects whales and other marine life, including the Pacific Northwest’s endangered southern resident killer whale community. The Port of Seattle, Port of Tacoma and NWSA recently led the creation of their Quiet Sound program to better understand and reduce the cumulative effects of acoustic and physical disturbance from large commercial vessels. We welcomed the support from Congress in the FY2021 National Defense Authorization Act directing the Coast Guard to support efforts to reduce vessel noise and disturbance in our region. Their further leadership at the IMO would build on their capability to fulfill that direction.

We support the proposal that was put forward in the 75th session of the MEPC (MEPC 75/14) by the United States, Canada and Australia calling for the MEPC to review the 2014 document, Guidelines for the reduction of underwater noise from commercial shipping to address adverse impacts on marine life (MEPC.1/Circular 833) and consider action. Further, we welcome the International Whaling Commission’s support of that submission to
MEPC 76, and the findings of the MEPC 76 submittal on the Belgium desk studies on underwater noise impacts (MEPC 76/INF.17) that addresses the beneficial underwater noise impacts from energy efficiency improvements.

We urge the U.S. delegation to push strongly for improved international standards to reduce underwater noise from vessels, including new technologies and ship designs.

While we understand the impact of the COVID-19 pandemic deferred discussions on proposals for new outputs related to underwater noise to MEPC 76, we strongly urge the U.S. delegation not to let these discussions be deferred again. We understand the unprecedented challenges MEPC is facing due to time constraints associated with virtual meetings however, the impacts continue unabated. Should negotiations on the short-term measures consume the available meeting time for MEPC 76, we recommend an intersessional solution be proposed so that these important discussions are not further delayed.

Thank you for considering our input. We would welcome an opportunity to brief you and your teams on the Northwest Ports Clean Air Strategy and the new Quiet Sound program. We would also like to share in more depth our perspective on the importance of national and international policies and programs in decarbonizing international shipping and the nation’s seaports. We look forward to exploring opportunities to work together and to supporting each other on this urgent journey.