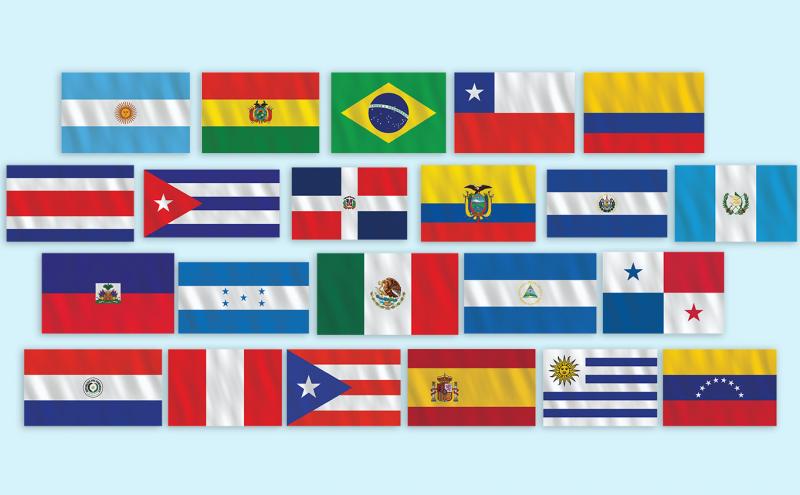 The theme for this month’s observance is “Esperanza: A Celebration of Hispanic Heritage and Hope.” It invites the Port community to celebrate Latino Heritage and to reflect on how great our future can be if we hold onto our resilience and hope. It encourages us to consider all of the contributions Latinos have made in the past and will continue to make in the future.

“Officially recognizing Latino Heritage Month is one step the Port is making to express our gratitude and appreciation for the Latino community and create a culture of inclusion,” said Port of Seattle Commission President, Fred Felleman. “The Latino community has always been a vital part of the Port of Seattle. However, it’s important for us to not only honor the contribution made by Latino communities to our culture and economy but to also take action to address how they have been underrepresented as key decision-makers at the Port and in other public places.”

At the Port of Seattle, Latinos and Latinas are a small, but integral, part of the workforce and community. According to current data, 5.7% of Port employees self-identify as Hispanic/Latino. This statistic indicates that the Port has work to do to increase the representation of Latino employees to more accurately reflect the representation of Latinos in King County.

The Port continues to review and revise policies and practices through an equity lens, partnering with Workforce Development to build talent pipelines, increasing recruitment and outreach efforts to Latino professionals in Port-impacted communities, and providing recognition, training, and learning activities to managers and employees about the importance of diversity, equity, and inclusion.

The decision to begin Latino Heritage Month on September 15 is because the month of September has held significance and pride for Latino communities for years, and it’s an apt time to recognize their achievements and culture. It coincides with the Independence Day celebrations of several Latin American countries, including Costa Rica, El Salvador, Guatemala, Honduras, and Nicaragua. Additionally, Mexico became independent from Spain on September 16, and Chile gained its independence on September 18.

The decision to call the month “Latino Heritage Month” and not “Hispanic Heritage Month” is also intentional. “Hispanic” is a term generally used to refer to Spanish-speaking peoples, which is problematic considering that Spanish is spoken in Latin America because of colonization. “Latino” is a term used to refer to the way that Latin Americans are connected to each other via their common history and culture. Since the term’s rise in the 1980s, Latinos have been the largest minority group in the United States (according to the 2020 U.S. census).

Additionally, the Port of Seattle’s Employee Resource Group (ERG) Latinos Unidos has embraced the use of “Latino” to describe the unity of their culture, history, and their future. The Port’s Office of Equity, Diversity, and Inclusion has also made an intentional decision to use “Latino” in place of “Hispanic.”

Mike Sotelo, Chair of the Ethnic Chambers of Commerce Coalition (ECCC) and president and CEO of Consolidar, a risk management and worker safety company in the Pacific Northwest, is a proud member of the local Latino Community. Speaking on Latino Heritage Month, “The ECCC appreciates the Port’s recognition of Hispanic/Latino Heritage Month and the Port’s increased efforts in reaching and supporting communities of color,” said Sotelo.