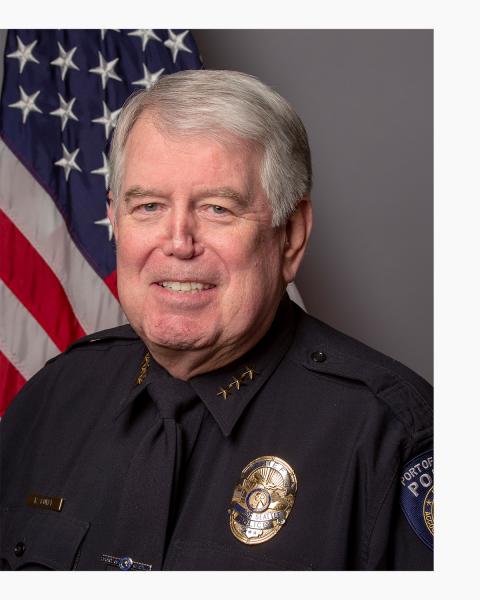 Port of Seattle Police Chief Rod Covey has been named Chief At-Large of the board of the Washington Association of Sheriffs and Police Chiefs (WASPC). He was elected to the leadership team of the 15-member executive board at the organization’s annual conference in May.

“Chief Covey has been involved with our statewide organization for many years, and his election as a board member reflects his great work and the respect our state’s Sheriffs and Chiefs have for him,” said Steve Strachan, WASPC executive director.

“It is an honor to be chosen by my peers to serve as a Chief At-Large for the Washington Association of Sheriffs and Police Chiefs. After over 40 years in law enforcement, I appreciate the opportunity to give back to the profession that has done so much for me. To be able to work alongside these exceptional police leaders is truly a privilege,” said Port of Seattle Police Chief Rod Covey.

WASPC was founded in 1963 and consists of executive and top management personnel from law enforcement agencies statewide. With more than 900 members it includes the 39 elected county sheriffs, and 240 police chiefs, as well as the Washington State Patrol, the Washington Department of Corrections, and representatives of several federal agencies.

WASPC is the only association of its kind in the nation combining representatives from local, state, tribal, and federal law enforcement into a single body, working toward a common goal. WASPC's function is to provide specific materials and services to all law enforcement agencies in the state, members and non-members alike.