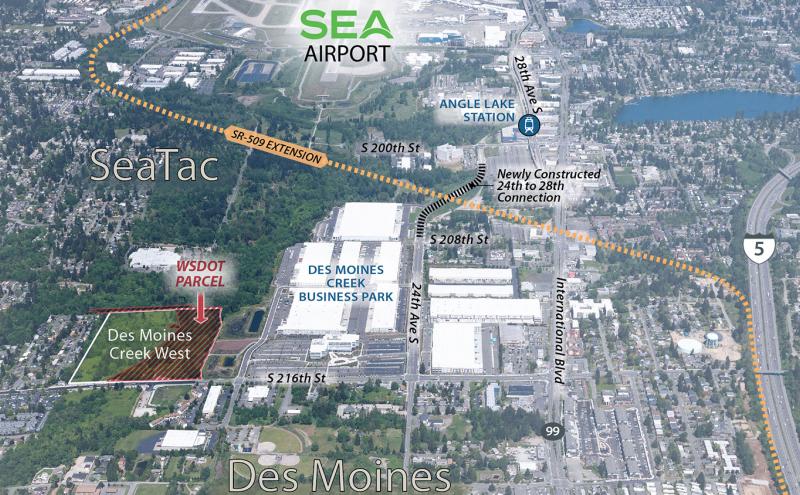 The Port of Seattle (POS) Commission this week approved the purchase of a 14-acre surplus WSDOT (Washington State Department of Transportation) parcel to create another industrial development and jobs opportunity in the City of Des Moines.

The 14-acre WSDOT parcel, now surplus from the SR509 project, will combine with a similar sized POS parcel to create the 28-acre Des Moines Creek-West development. The site is next to the successful Des Moines Creek Business Park which was developed by the Port in 2014 and now houses the new FAA Regional Headquarters and multiple industrial warehouse facilities.

The Port owns land around SEA Airport that is being redeveloped to create local jobs and spur local business activity. 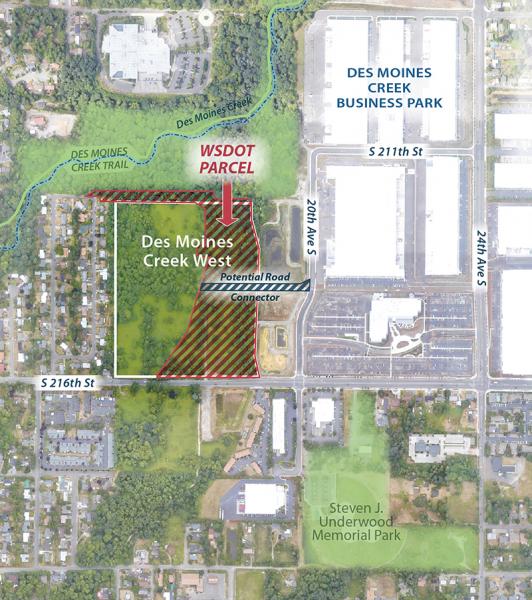 “As one of the largest centers of regional economic activity, the airport can help drive economic recovery,” said Port of Seattle Commissioner Stephanie Bowman. “In the last six years, the Port has worked with developers to construct over two million square feet of light industrial property that support key airport operations and support local jobs. By developing our industrial properties, we limit sprawl, attract and retain growing businesses, and keep jobs within King County.”

The Des Moines Creek Business Park has seen high demand among businesses to locate there. The new FAA Regional Headquarters is on the site which now supports 1,600 employees. Greencore Group, a leading international manufacturer of convenience foods, is also within the business park with 400 employees. Other businesses include a Partner Crackers’ production facility, warehousing/distribution for K2 Sports, PODS Moving & Storage, XPO Logistics, Hearthside Food Solutions, Partners bakery, and Banzai Sushi.

Des Moines Mayor Matt Pina said “The City has long valued our partnership with the Port of Seattle to further economic development activities.  The Business Park serves as a premier example of a public-private partnership. We look forward to the continued success of the Port in developing its land and to the increased economic activity that will be generated by this development.”

In total, the City of Des Moines will see more than 4,000 new jobs come to their city from the overall Business Park developments, diversifying the economic base.

The combined larger property will support up to 300,000 square feet of light industrial warehouse facilities with tenants that support the aviation and air cargo industries. A new facility of that size is typically expected to support 600 jobs.

The DMCW property was originally purchased to support the development of the third runway at SEA Airport. WSDOT’s parcel was originally part of the SR509 project which now runs north of the properties.

The purchase price of the WSDOT parcel is $2.9 million which will come from Airport Development Funds. 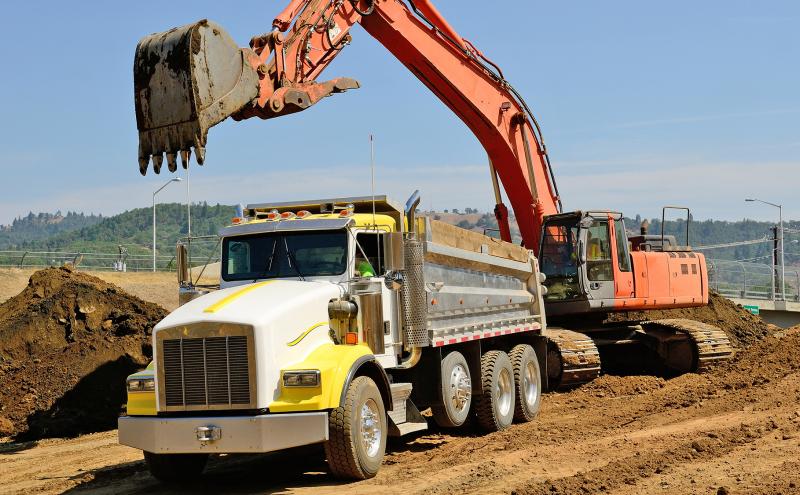 The Port of Seattle Commission voted to select Trammel Crow Company (TCC) as a developer for its Des Moines Creek North site in the City of SeaTac. The proposed development will create more than 356,0...