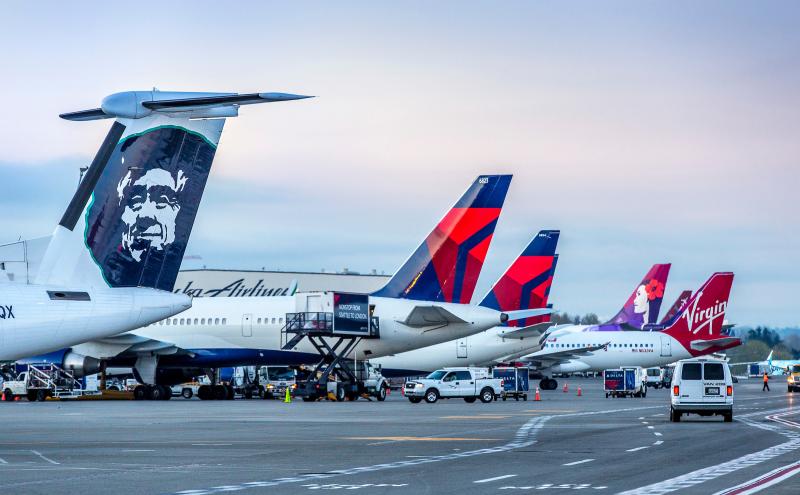 Employers are now required to begin paying airline catering workers the minimum wage from the City ‘s SeaTac’s Proposition 1 and provide worker retention standards no later than August 2, 2021. That is because today the Port of Seattle Commission formally adopted minimum labor standards for workers at Seattle-Tacoma International Airport (SEA), a move that follows a sustained advocacy effort by the Port of Seattle, the labor community, and local Washington legislators to  close a gap in the City’s minimum wage initiative.

“This is a long-time coming for these workers and we appreciate the leadership of the state legislature to make this happen,” said Port of Seattle Commissioner Fred Felleman.  “The Port advocated alongside the labor community to fill this unfortunate gap in Prop 1. This will make a huge difference in people’s lives.”

Prop 1 was passed by voters in the city in 2013 establishing an initial minimum wage of $15.00 per hour. The current Prop 1 minimum wage for 2021 is $16.57 per hour with annual adjustments for inflation. Airline catering workers were excluded from Prop 1 when it was originally passed, and this action by the Port Commission ensures they are receiving the same minimum wage as other workers in the City of SeaTac.

“On behalf of flight kitchen workers, UNITE HERE Local 8 supports the Port’s effort to bring flight kitchen operators in line with the ground breaking City of SeaTac minimum wage standard," said Stefan Moritz, Secretary Treasurer, UNITE HERE Local 8. “We are pleased that the Port and UNITE HERE worked hand in hand to pass the enabling legislation that empowered the Port Commission to close this loophole.  The fight for economic justice takes many paths and this is an important step towards a more equitable and just recovery for workers who have experienced extreme hardship, especially during the pandemic.”

“There is no reason airline catering workers don’t deserve the same minimum wage as everyone else who works in the city of SeaTac,” said Sen. Karen Keiser (D-Des Moines). “I thank the Port for its support of my legislation that extended its authority to establish better labor standards for all airport-related workers. Working along with UNITE HERE created the energy to accomplish this progress.”

Sen. Karen Keiser put forward the initial legislation that was passed and signed into law by Gov. Inslee in April. The Port joined UNITE HERE and other labor organizations in supporting the bill as it moved through the legislature. The bill authorized a Port, with more than 20 million annual commercial air service passengers enplanements on average over the most recent seven full calendar years, to implement minimum labor standards if the local city has enacted a standard. This action takes the final step for airport workers not covered by Prop 1 to gain the same protections as others within the city – specifically applying to employers operating or providing goods and services at the airport.