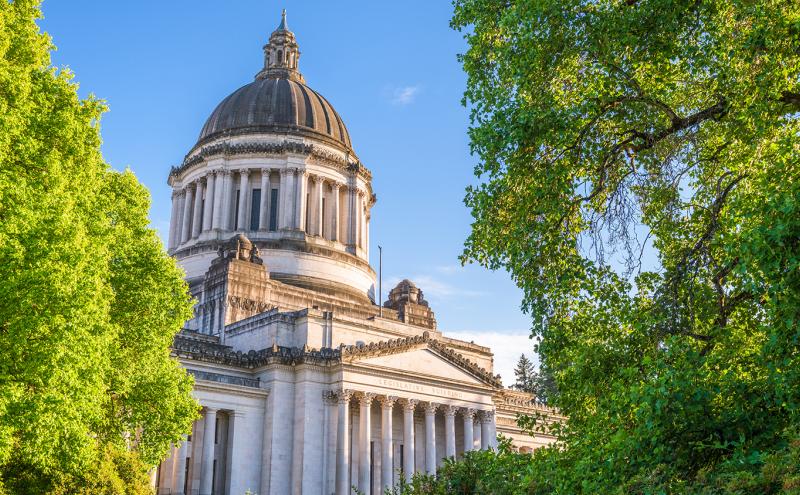 A number of priorities advanced, including the unexpected adoption of the greenest transportation package in the state’s history, funding for the Port’s Pier 66 Shore Power Project, and a critical investment in Maritime High School. The Port also supported additional proposals that will further apprenticeships and pre-apprenticeships in the state,

“We appreciate how the Washington state legislature recognized the need for immediate action on policies that expand opportunity, reduce pollution, and make our region more competitive,” said Port of Seattle Commission President Ryan Calkins. “From a transportation package that invests in critical freight routes and in decarbonizing our transportation sector, to a state investment in the future success of Maritime High School and its student body, to continued state partnership in maritime decarbonization on the waterfront, the Port and the state find common cause in areas that we know are important at our jobs and in our neighborhoods.”

“Funding to electrify the transportation sector is directly aligned with the Port’s commitment to eliminate seaport emissions by 2050. And at the airport, workers, travelers and residents see the benefit of these investments across our operations — from the cargo equipment on the airfield to the buses circling airport drive. This package will promote productivity, reduce pollution and improve the quality of life for workers and residents alike,” said Port Commissioner Toshiko Hasegawa, who also serves on the Puget Sound Regional Council’s Transportation Policy Board.

“The Port and the Northwest Seaport Alliance are both making aggressive investments in carbon reduction. Pier 66 shore power is only one example, and we are glad to see the State confirm its importance by partnering in the funding of this new infrastructure. This is the kind of partnership that will accelerate carbon reduction up and down the waterfront, and we are grateful to the Governor and the Legislature for helping move it forward,” said Port of Seattle Commissioner Sam Cho.

“Maritime High School is already a success, with students experiencing the breadth of maritime opportunity we see in our region. But true success will be measured by full enrollment, getting us to four hundred students across four grade levels, and by ensuring the school reflects the diversity of the communities it intends to serve. State partnership on outreach and recruitment is essential to demonstrating the statewide importance of this work and to promote long-term success of the school,” said Port Commissioner Hamdi Mohamed, who also sits on the board of Maritime High School.

The Port’s proposed amendment directs the DNR to include in their recovery plan for native kelp forests and eelgrass meadows in Puget Sound and along the Washington coast an evaluation of the: “Awareness, action, and engagement tools being used by public and private entities in the Puget Sound region to raise awareness of the importance of conserving and restoring native kelp forests and eelgrass meadows and reducing stressors related to their decline.”

“I greatly appreciated working with the Department of Natural Resources, Senator Lovelett and Representative Shewmake for passing this legislation and their willingness to include the Port’s amendment,” said Port of Seattle Commissioner Fred Felleman, who also represents the Washington Public Ports Association on Puget Sound Partnership’s Ecosystem Coordination Board.

“It’s critical that the public gain a greater appreciation of the role kelp and eelgrass play in providing critical habitat for marine species, as well as reducing the impacts of climate change on ocean acidification, if we are to restore the Salish Sea and all those dependent on it.”