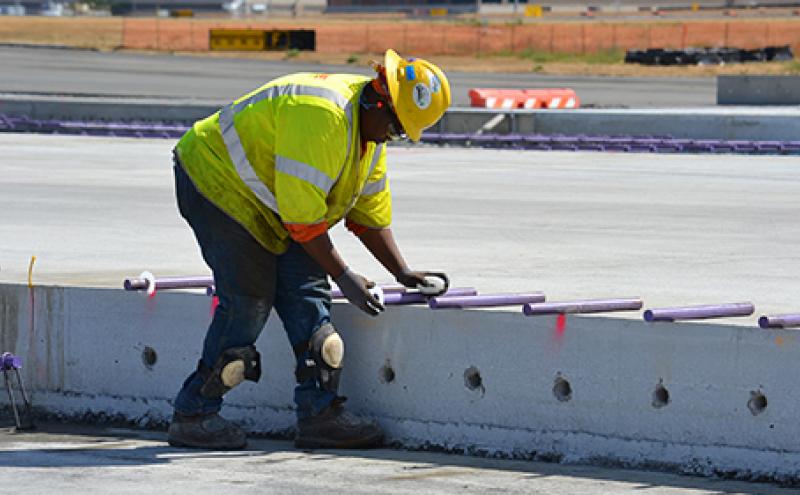 SEATTLE – The Port of Seattle will be closing the longest runway (designated 16L/34R) at Seattle-Tacoma International Airport on April 1 for an estimated 45 days for several upgrades. The closure is for the easternmost runway closest to the terminal, one of two closures planned over the next several months. The temporary closures are not expected to have major impact on flight schedules, passenger traffic, or airport operations.

Beginning on June 1, Sea-Tac’s center runway (16C/34C) will close for an estimated 21 days for pavement and lighting upgrades along with restriping. Additionally, work will be done to airplane taxiways and adjacent roads for emergency response vehicles.

The projects are part of Sea-Tac’s maintenance and compliance operations. All three of Sea-Tac’s runways will have been constructed or rebuilt within the last eight years. Sea-Tac’s third runway (designated as 16R/34L) was built in 2008, while the longest runway (16L/34R) was reconstructed in 2009.

During construction, all takeoffs and landings will be directed to the airport’s two other runways.

Operated by the Port of Seattle, Seattle-Tacoma International Airport (SEA, KSEA) is ranked as the 13th busiest U.S. airport, serving nearly 42.3 million passengers and more than 332,000 metric tons of air cargo in 2015. With a regional economic impact of more than $16.3 billion in business revenue, Sea-Tac generates 171,796 jobs (109,924 direct jobs) representing over $2.8 billion in direct earnings and more than $565 million in state and local taxes. Twenty-four airlines serve 77 non-stop domestic and 24 international destinations.