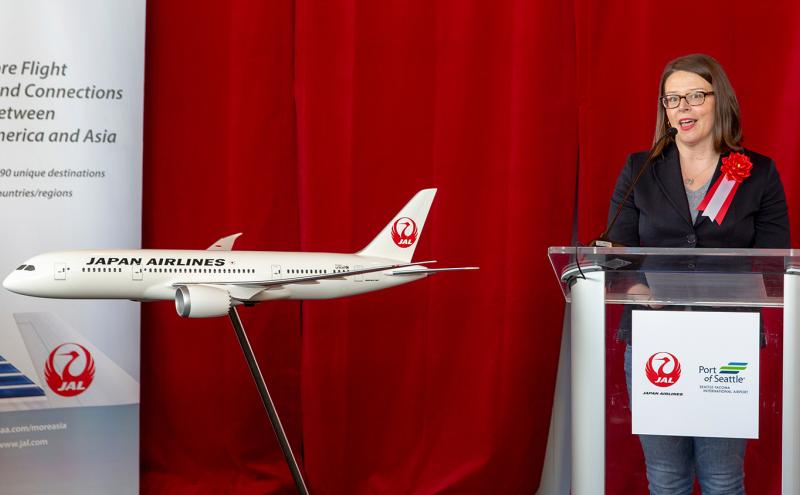 Airlines are adding three new nonstop flights to Asia from Seattle-Tacoma International Airport this spring in response to rising air travel demand and the Puget Sound region’s growing stature as a global business and leisure destination.

Two international carriers began flying from Sea-Tac Airport yesterday and today: Japan Airlines launched nonstop service to Tokyo-Narita on March 31 and Cathay Pacific Airways launched Hong Kong service on April 1. These services feature the latest generation of fuel-efficient and quieter aircraft with the use of a Boeing 787-8 by Japan Airlines and an Airbus A350-900 by Cathay Pacific. Delta Air Lines also launched a new seasonal Asia service today to Osaka, Japan.

“The growth of the greater Seattle metropolitan community is spurring unprecedented demand for business travel and leisure tourism,” said Port of Seattle Commissioner Stephanie Bowman. "Puget Sound’s diverse economy and inclusive culture make us a natural point for Asia, and we are delighted to help local businesses and individuals seize these opportunities to expand their horizons.”

Since 2016, 11 new international airlines jumped in to serve Sea-Tac with 12 new international services, which illustrates the demand for travel to and from the Puget Sound area. In 2020 the Port expects to open the new International Arrivals Facility, the most complex capital development project in the history of the airport, which will dramatically improve connection time, efficiency, and service to millions of annual international travelers.  The facility will increase the number of gates capable of serving international wide body airplanes from 12 to 20.

Beyond the economic benefits, whether a business or leisure traveler, these new routes to Asia bolster opportunities for convenient intercontinental networks that strengthen the gateways, relationships, and industries that sustain our economy and high quality of life in this region. 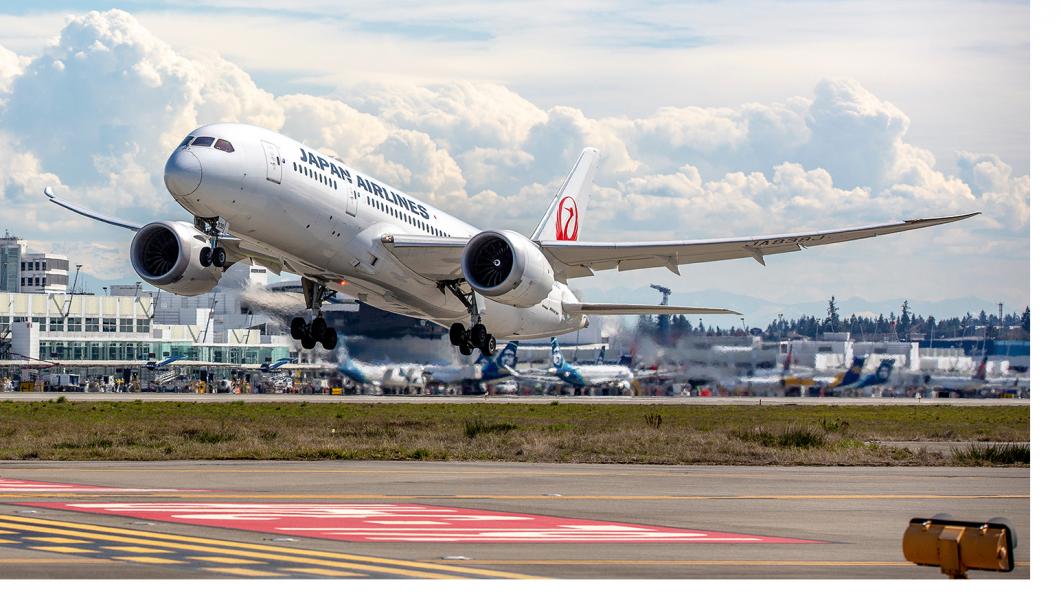 “We are pleased to launch daily Seattle – Narita service, together with American Airlines, which will offer customers a new choice for travel to destinations throughout Japan and Asia on JAL’s network,” said Hideki Kikuyama, Senior Managing Executive Officer, Managing Division Route Marketing for Japan Airlines. “Customers can experience the comfort of our JAL SKY SUITE 787 aircraft featuring our latest seats and inflight services, and they can also enjoy the benefits from our regional partnership with Alaska Airlines." 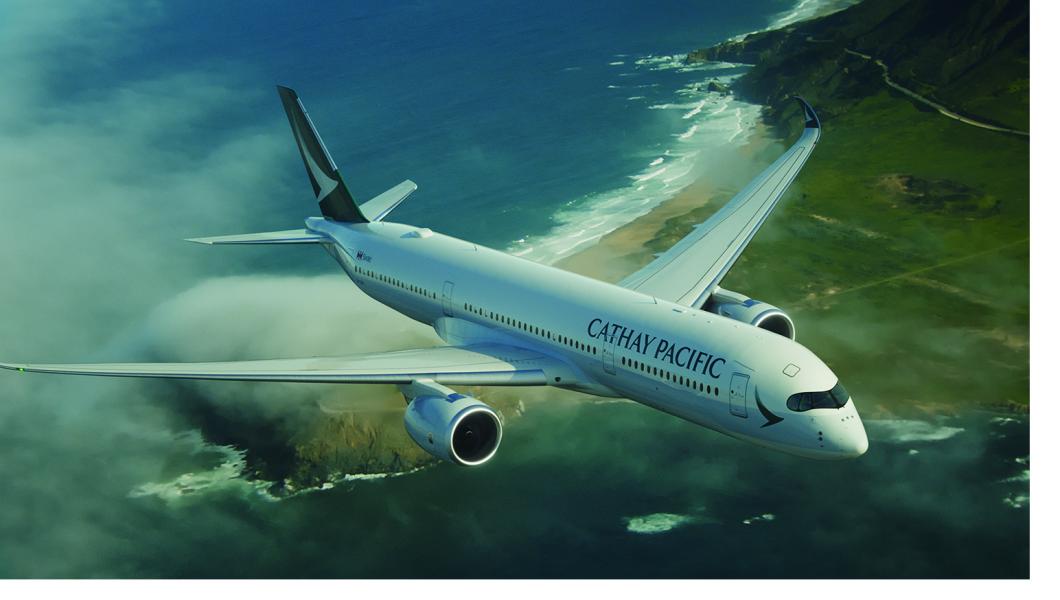 Cathay Pacific brings nonstop service four times per week between Hong Kong (HKG) and Sea-Tac starting on April 1 with the airline’s Airbus A350-900 aircraft. From July 2019, Cathay Pacific will operate the route with daily service. Cathay Pacific is part of the oneworld alliance and offers codeshares with Alaska Airlines.

“We are very pleased to be introducing Seattle and to provide more convenience and choice to our customers. There are strong business, trade and cultural ties between Hong Kong and Seattle and we believe there will be considerable demand for both business and leisure travel on this new route.  We have developed a significant presence in the United States, and the launch of Seattle not only reaffirms our commitment to the important North American market but also to strengthen Hong Kong’s status as Asia’s largest international aviation hub,” said Cathay Pacific CEO Rupert Hogg. 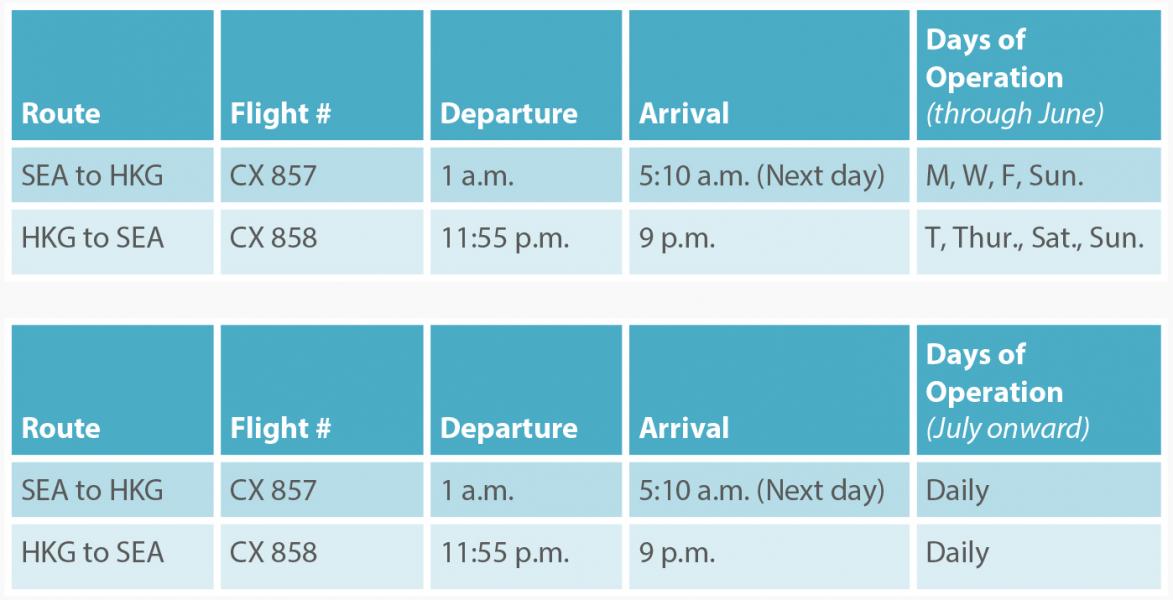 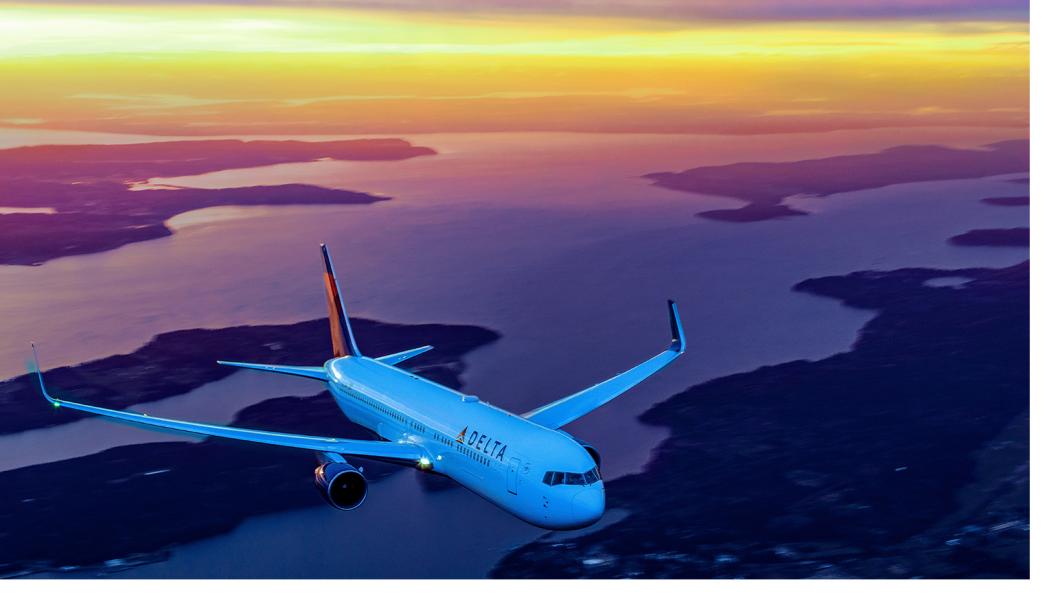 “Connecting the world is our mission, and in Seattle, Delta and our joint venture partners bring the world closer each day with flights to 15 international destinations and even more throughout the United States,” said Tony Gonchar, Delta’s Vice President – Seattle. “Our Osaka service continues that mission, giving Seattleites direct access to one of the largest cities and business centers in Japan and the opportunity to explore our nearby Seattle sister city – Kobe, Japan!”