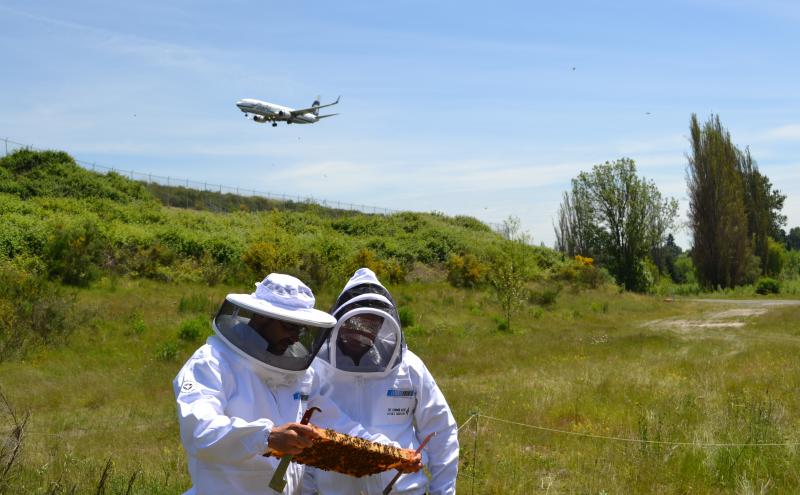 SEA’s newest residents, 500,000 honeybees, joined ranks in June 2013 with the 777s and other aircraft that call the airport home. In partnership with the local nonprofit The Common Acre, the project — called Flight Path — distinguished SEA as one of the first airports in the country to host an apiary.

With open space around the airfield and bee populations in decline, the airport is uniquely suited to host honeybees. The long-term goal is to promote hardy bee populations in the region by increasing their genetic diversity and supporting them with adequate habitat.

Hosting bees at SEA contributes to the Port’s local conservation efforts at the airport’s wetland mitigation sites where nearly 150,000 plantings and other restorative projects have been underway since 2007.