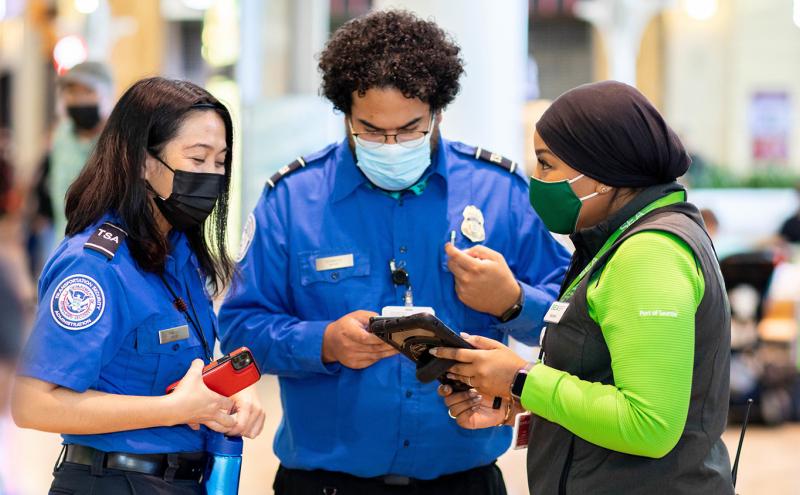 Dave Wilson recently received the Airports Council-International’s first-ever award for best airport technology innovation leader to recognize his innovative approaches including health and safety measures, “Shark Tank” innovation and entrepreneurship, and many other programs. The award recognizes the increasingly important role new innovations in technology play for the airport community.

We are in a time of amazing technological innovation and dramatic social upheaval. With a polite nod to Charles Dickens, “It is the best of times; it is the worst of times.” Technological innovations have the power to address environmental, economic, and social challenges and change the way we live, work, interact, learn, and travel. At SEA and across the globe, technological advancements are making travel safer and easier, and airport operations more sustainable and efficient.

Three emerging innovations — machine learning, biometric facial recognition, and autonomous vehicles — will have a significant impact on the aviation industry in the next five years. See what’s already happening at SEA and what to look for in the future. 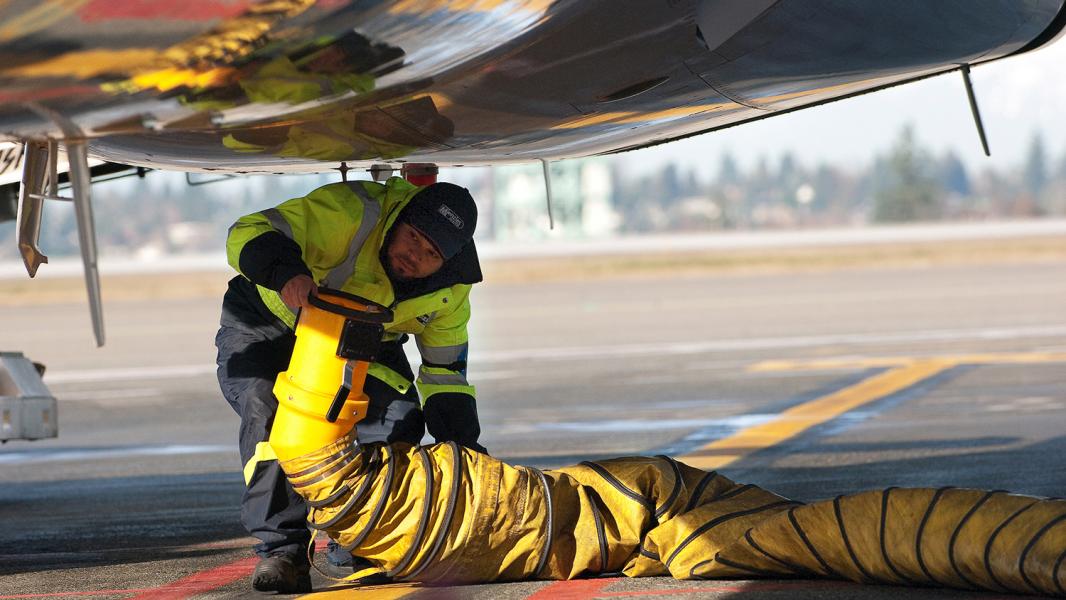 The launch of the James Webb Space Telescope is a milestone in terrestrial construction and launch of large-scale optics. Once in orbit, this telescope will enable us to peer into the formation of the earliest galaxies and even search for habitable, Earth-like planets. We’ve reached the point where even larger telescopes must be constructed in space by robots that have been trained using machine learning techniques.

Machine learning (ML) is a type of artificial intelligence (AI) that allows software applications to become more accurate at predicting outcomes without being explicitly programmed to do so. ML is used across industries, and computer vision is one of its most popular applications. SEA Airport’s surface area management system uses computer vision technology to monitor ground handling and servicing activity in and around parked aircraft at a gate. The Port’s Information Communications Technology (ICT) team also developed a similar computer vision application to monitor activity at cargo hardstands, which are designated parking areas for wide body cargo aircraft.

Another example of SEA’s use of ML is the development of a sound or acoustic sensor to determine whether an aircraft is using its auxiliary power unit (APU), which emits CO2 gases and other emissions, and increases airline fuel costs. This innovation was created through a partnership between SEA, University of Washington graduate students, and Microsoft, who teamed up for Microsoft’s AI for Good program. They studied APU use by airlines at the airport, and explored the use of artificial intelligence to help airline pilots know when to turn off their APUs and switch to clean, low-carbon electricity to power the cabin while parked at the SEA Airport gate.

The COVID-19 pandemic was the catalyst for a period of unconstrained innovation with limited evaluation or compelling business cases. At SEA, we were confronted with an unprecedented demand for health-related ideas that could be implemented quickly; we would subsequently determine their merit from real-world use. The process is equivalent to a Cambrian Explosion of unproven ideas; some ideas work exceedingly well, and others fail to deliver as hoped.

One of the most successful ideas from the pandemic era was the use of biometric facial recognition technology to create a “touchless” passenger experience. For example, this year SEA implemented a biometric air exit (BAX) solution designed by Customs and Border Protection (CBP). BAX is a touchless solution used by our airline partners to process passengers on international departures.

The aviation industry’s adoption of facial recognition technology is accelerating. It is being used in trials at Transportation Security Administration (TSA) checkpoints and many airlines are incorporating the technology for touchless check-in and even self-service bag drop, which allows passengers to check their own baggage directly without the assistance of airline staff. Even your iPhone and Windows computer may use facial recognition to gain secure access to your device. The last tech trend to watch are advances in autonomous vehicles. We hear a lot about Tesla’s self-driving vehicles in the media, and other manufacturers have announced their own autonomous plans. But the enormous number of variables, which need to be managed on our roadways, presents many challenges to widespread public roadway adoption.

An easier problem to solve is autonomous driving on the airport’s tarmac or bus routes between airport facilities. Several airports in both Europe and the U.S. conducted trials to determine the obstacles and benefits of autonomous vehicles at airports.

We can expect to see other exciting innovations in customer service and airport operations in the next five years. The Internet of Things will be used to manage our facility with sensors and controls to create “smart restrooms.” Advances in indoor navigation solutions will create more personalized location-aware services by leveraging next-generation smartphone capabilities. It truly is "the best of times…”.

Subscribe to Fly SEA for more airport news and updates “No Touch” Tech Landing to Aid Travel at SEA Airport

SEA Spot Saver is now a permanent program at the airport. This free program enables you to make a reservation for the TSA general screening security line. RSVP to save your spot in line up to 72 hours... As you know, the Pacific Northwest is â and has been over time â a hotbed of technology and innovation. But not just among humans; their robot helpers have been standing by to assist since 1929. W... Weâve all heard the fearful line about the future of work: the robots are going to take all of our jobs! But the Port of Seattle is finding that technology and innovation actually improve the human ...

The Port of Seattle is launching a new pilot program to help people who are blind and low vision access a new assistive technology to safely and independently use Seattle-Tacoma International Airport....