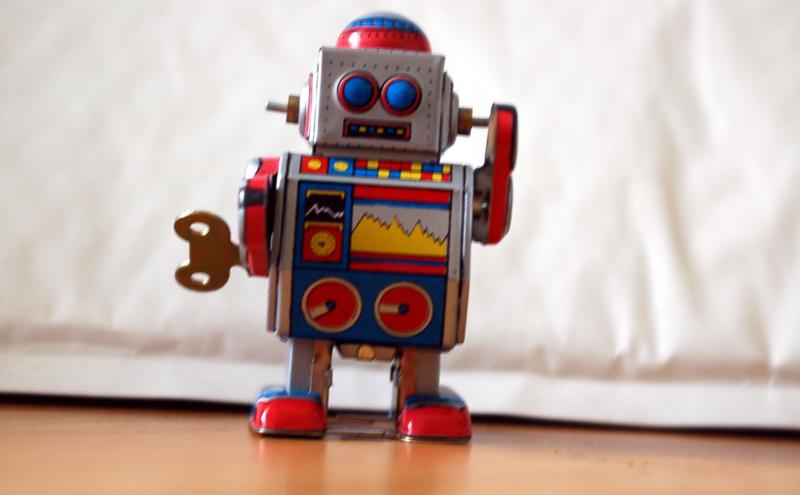 As you know, the Pacific Northwest is — and has been over time — a hotbed of technology and innovation. But not just among humans; their robot helpers have been standing by to assist since 1929. What? You didn’t know the long history of robots in Seattle?

We’re forever indebted to these buckets of bolts for their hard work and service with a smile. In the immortal words of Styx, “Domo Arigato Mr. {and Ms. and Mx} Roboto.”

Read on for a quick homage to our robot helpers, plus a plea for help from one of the newest assistants at Seattle-Tacoma International Airport (SEA).

The Westinghouse Electric & Manufacturing Company, founded in 1886, was a pioneer in the development of communications technology. In 1927, Westinghouse engineers developed the Televox, a telephone-operated industrial switching machine. Using three tones carried over telephone wire, the Televox could regulate the flow of gas, water or electricity in factories or utility plants by instructing electrical relays to open or close in specific sequences. Before this time, a human switch operator had to be present at each step.

This 1929 photo, possibly taken in Seattle, shows a man standing by a demonstration model of the robot. In addition to operating electrical relay switches, this "mechanical man" could also move its arms and lift a telephone receiver.

HERB, short for the “Home Exploring Robot Butler,” is an Oreo-opening robot that was featured in 2013 in a Nabisco commercial. Herb tackles a daunting challenge for many humans — separating the cream from the Oreo cookie. Herb’s reason for being, Siddhartha “Sidd” Srinivasa, was a professor at Carnegie Mellon University before moving to Seattle and now serves as the Boeing endowed professor at the personal robotics lab, Computer Science and Engineering, University of Washington; and the Director of Robotics at Amazon. Humans say that Herb rarely does what he’s asked and can be a bit of a prima donna. Fame going to Herb's head?

Tracy, a robot-controlled sign, was the belle of the security lines at Seattle-Tacoma International Airport in 2017. She gave travelers advice on how to get through security quickly, by removing scarves, belts, and jackets in advance — and “she” did it in six languages and never got tired.

This reclusive robot takes on the tedious and thankless job of cleaning the floors at SEA Airport in the late nights and early morning to free its human companions to do other work. No thanks — or a name — are ever demanded from this selfless and always toiling robot. Setting a good example for other robots? 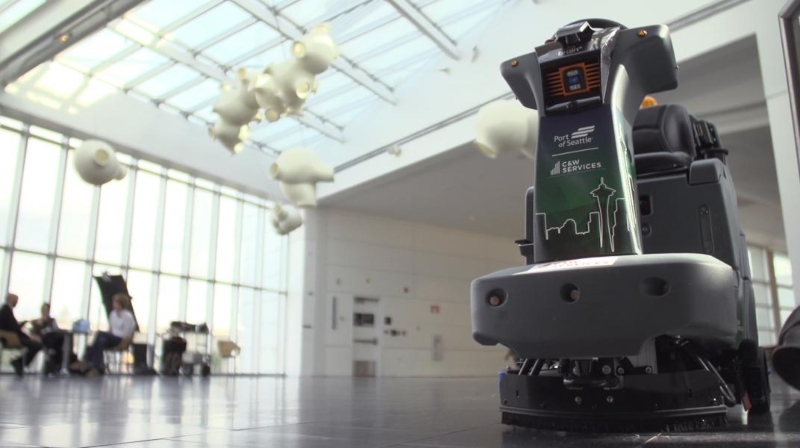 Here to help keep you safe, the hazardous duty robots of the Port of Seattle Police Department’s Bomb Disposal Unit (BDU), don’t demand glory and attention but are always waiting behind the scenes for the call. These specialized machines assist the highly-trained technicians of the BDU and risk limbs, if not robot lives, keeping humans safely away from a potential threat. These robots are equipped with cameras, sensors and extending arms, and can render a device safe while keeping police officers out of harm's way. All robot guts, no glory. 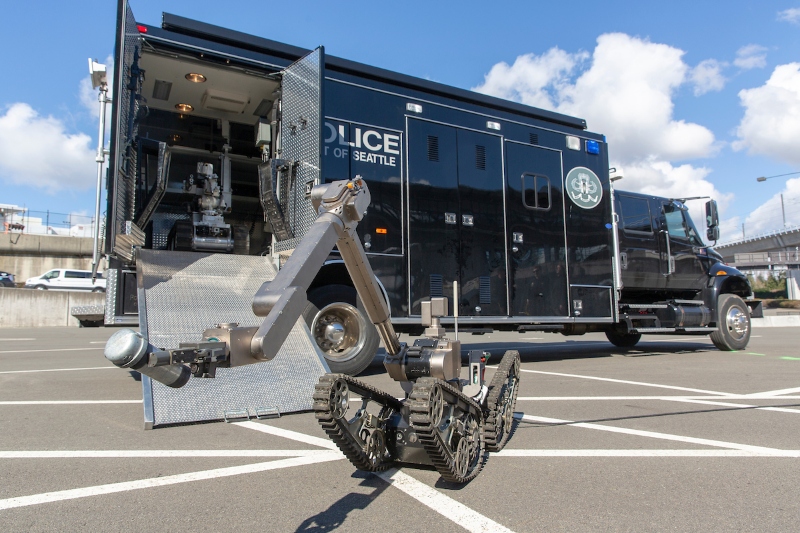 Gita the robot helps Tarik Abdullah, chef and community activist for Feed The People, a community-focused black-led initiative that centers around food and community. Abdullah’s important work includes a community kitchen in the Central District that offers no-cost, freshly prepared meals to anyone in need; provides youth culinary training; and sells lifestyle merchandise. Gita, a sibling to the food delivery robot at SEA Airport, is helping Abdullah make the world a better place. A little sibling rivalry perhaps?

Watch Gita and Abdullah in action

In the 80s, Seattle evidently had a huge sloth problem. People were tripping over them in the streets ... they’d fall out of trees ... they’d climb important Seattle landmarks. Robots were brought in to get rid of the sloths, culminating in an epic standoff between robots and sloths. Ok ... so that's not true. But what a great story by La Ru, the owner of Robot vs. Sloth, a fun Pike Place Market storefront and virtual store that supports wildlife, nonprofits, and the LGBTQ community. We all need a little joy in our lives, and we can think of nothing better than robots and sloths together.

Stomach growling? The OrderSEA robot is here to help and is working hard to deliver your food order from a restaurant at SEA to your gate. You can order online through the FlySEA App and soon you will see this industrious robot arrive with your food, still warm (or cold). 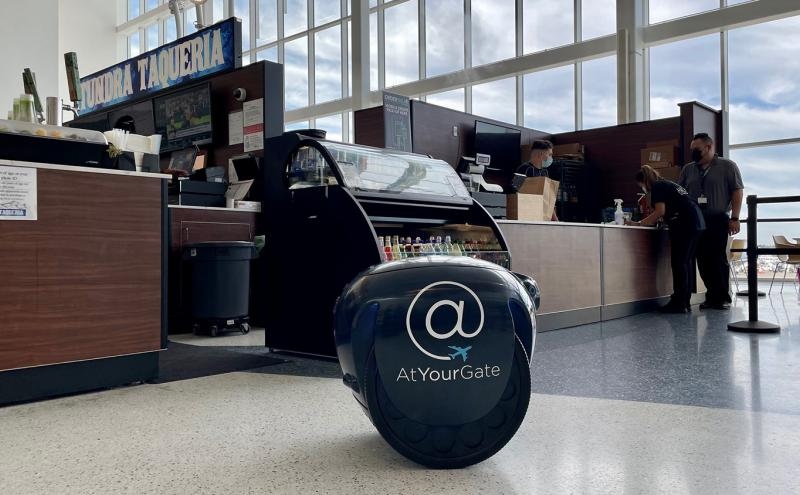 RED ALERT RED ALERT:
This robot needs a name ... and we need your help.

Some robots are just fine without the glory and fame. But the OrderSEA robot has let us know in no uncertain terms that it no longer wants to be referred to as “Hey Robot.” Food at the gate is great, so we need your help to keep this robot happy and at the top of its delivery game.

If your name is selected, you could get a face-to-face visit and a portrait with the <insert new name here> robot. 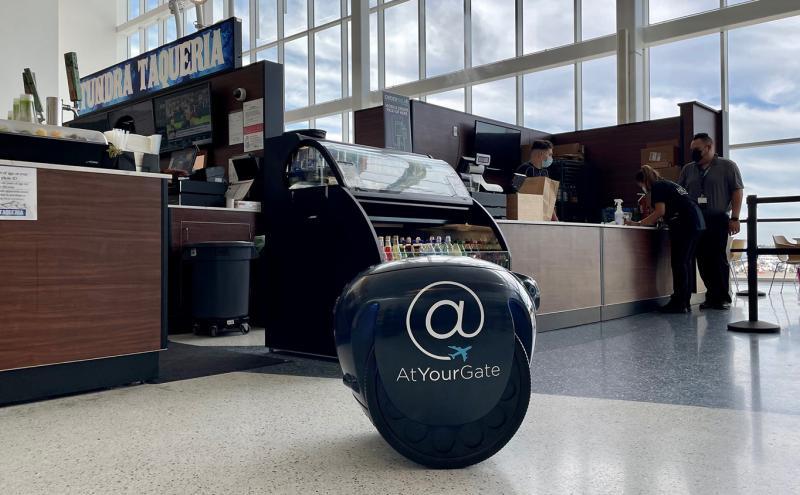 November 18 update: Thanks to your creative genius, we are one step closer to naming the OrderSEA food delivery robot ! With a few months under its tires, our newest friend wants its own special SE... 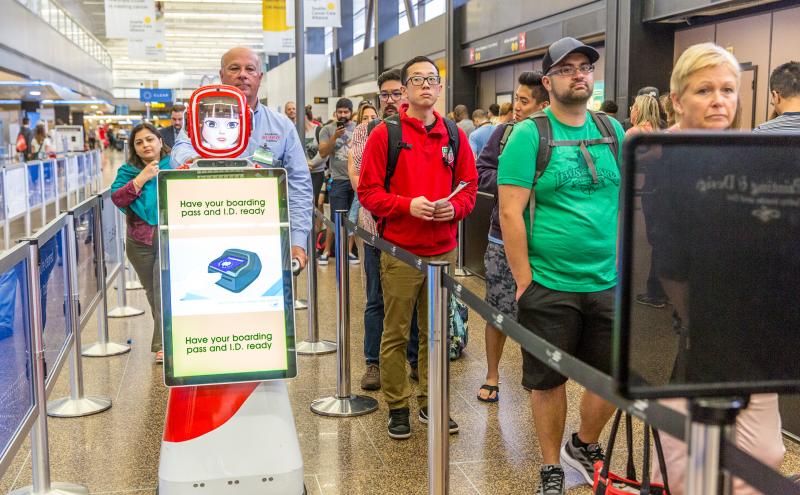 Weâve all heard the fearful line about the future of work: the robots are going to take all of our jobs! But the Port of Seattle is finding that technology and innovation actually improve the human ... 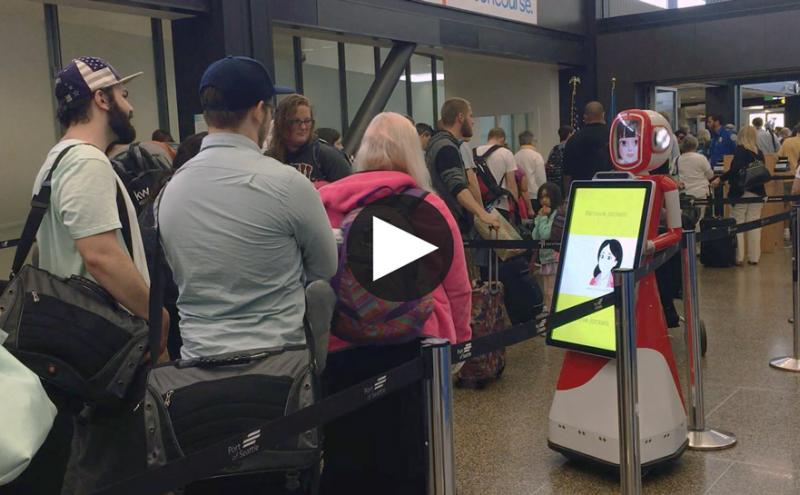 SEATTLE â On Tuesday, July 11th, passengers departing from Seattle-Tacoma International Airport might see a robot providing tips for getting through security just a little bit faster. Through audio ... 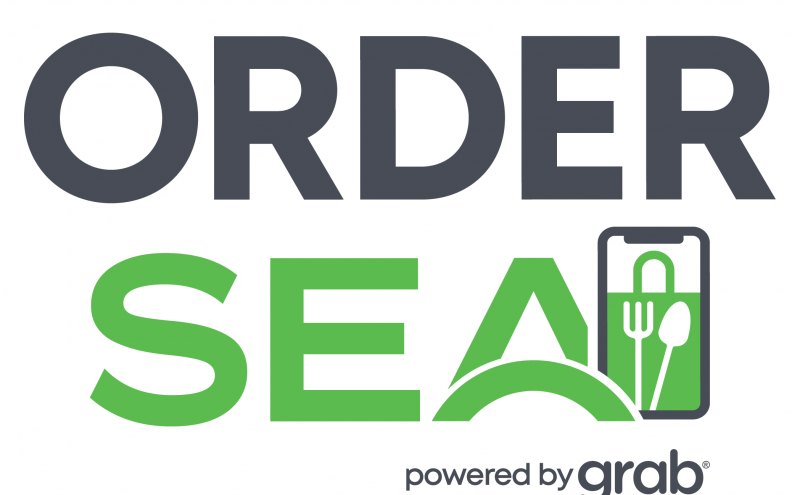 Get the goods Seattle-Tacoma International (SEA) offers OrderSEA, a mobile food ordering service! This service saves you from standing in crowded lines while expanding your options so you can enjoy...