First Female Battalion Chief Is a Model for All 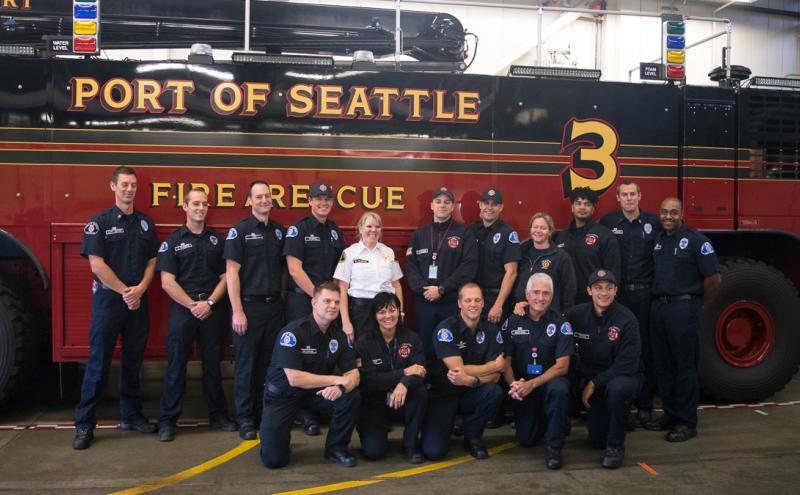 Stephanie McGinnis never imagined she’d pursue a career as a firefighter, let alone become the first female promoted to Battalion Chief at the Port of Seattle. Years ago, she was working as a hairdresser when a client who was training to become a firefighter for South King Fire recommended she give the career a try.

“I was working on getting in shape at the time and the customer told me ‘you could do that job’,” she said. “I thought ‘why would you want to go in a burning building?’ But I ended up trying it out and fell in love with it.” 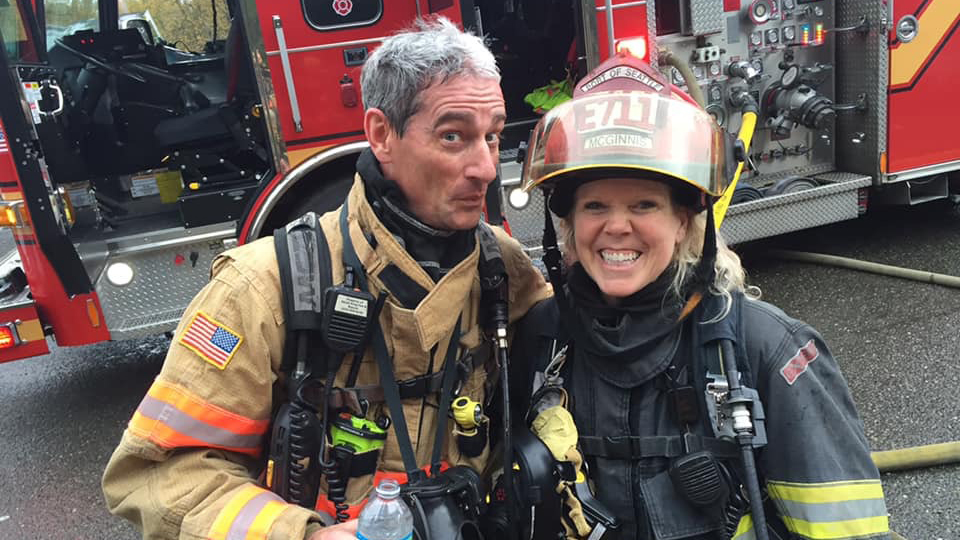 McGinnis tested the waters as a volunteer firefighter with Eastside Fire and Rescue, eventually changing course from pursuing a degree in Education to a Fire Command and Administration program, while juggling life as a single mother to three children. She completed her degree, received her Emergency Medical Technician (EMT) certification, began training at the Washington State Fire Academy, and was hired by the Lacey Fire Department in 1997. In 1999, she tested to become a Port firefighter and was hired. She first trained as an officer and was later promoted to Captain in 2011. 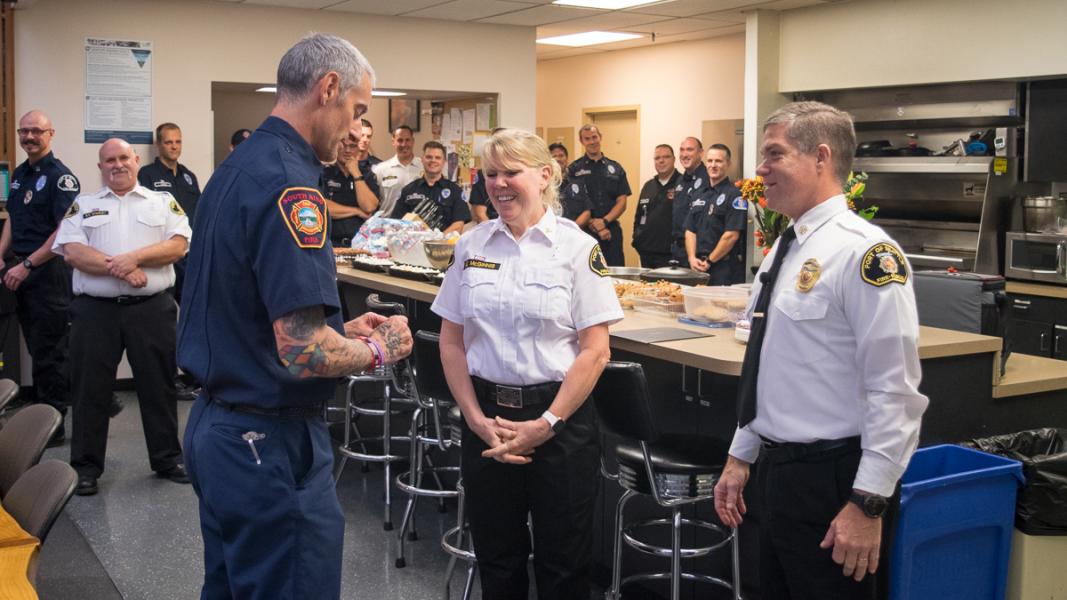 Last year she took the Battalion Chief test and spent the summer at the Fire Academy working with new firefighters. Because no one at the Fire Department was close to retirement, McGinnis didn’t anticipate a promotion anytime soon. But when one of the assistant fire chiefs transferred to another fire department, a position opened up. McGinnis outworked her competition and made history with her promotion to the first female Battalion Chief at the Port.

“She’s done a tremendous job; her loyalty to the department is second to none,” said Port Fire Chief Randy Krause. “She’s very deserving of this role.”

McGinnis will oversee one of four shifts within the Fire Suppression Division that responds to emergencies and calls for SEA Airport.

The Port of Seattle Fire Department currently is made up of 103 firefighters. Twelve of those are female. This means 11 percent of the department is female, higher than the national average of between four and seven percent.

“I’m excited to be a role model for my firefighters, and any other women out there,” McGinnis said. “When I was younger, women wouldn’t even think of a career as a firefighter. I love that it’s become more mainstream.”

McGinnis has even inspired her 26-year-old daughter to test to get into the fire service. She said hiring women in firefighter roles is no longer about filling a quota; women have to work just as hard to get a position.

“I hope women will start to see this as a career option; it’s a whole different aspect to fire service they didn’t have 30 years ago,” she said.

McGinnis said she is excited for the future of the Port of Seattle Fire Department. “We have a lot of new firefighters and an airport that’s experiencing a lot of growth,” she said. “It’s like guiding a ship; I’m excited to see where the women who work for us (and the rest of the department) are headed.” 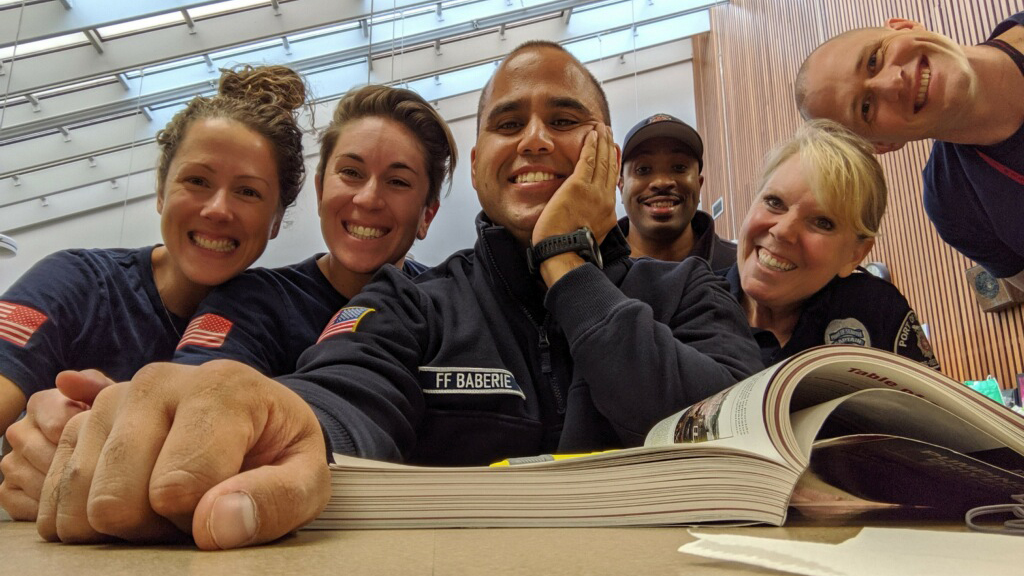 McGinnis said as a woman in a leadership position, she said she puts more pressure on herself to be better at her job because she doesn’t want to fail or draw negative attention to herself.

“When we’re responding to a call I’m in a command vehicle by myself; there’s no one else in the vehicle to bounce ideas with,” she said. “The buck starts with you; it’s my plan now.”

She said she feels lucky to have an amazing job she knows she’ll want to do the rest of life. Everyone in her role has the need to help people. “The job fills that need and I do it every day.” 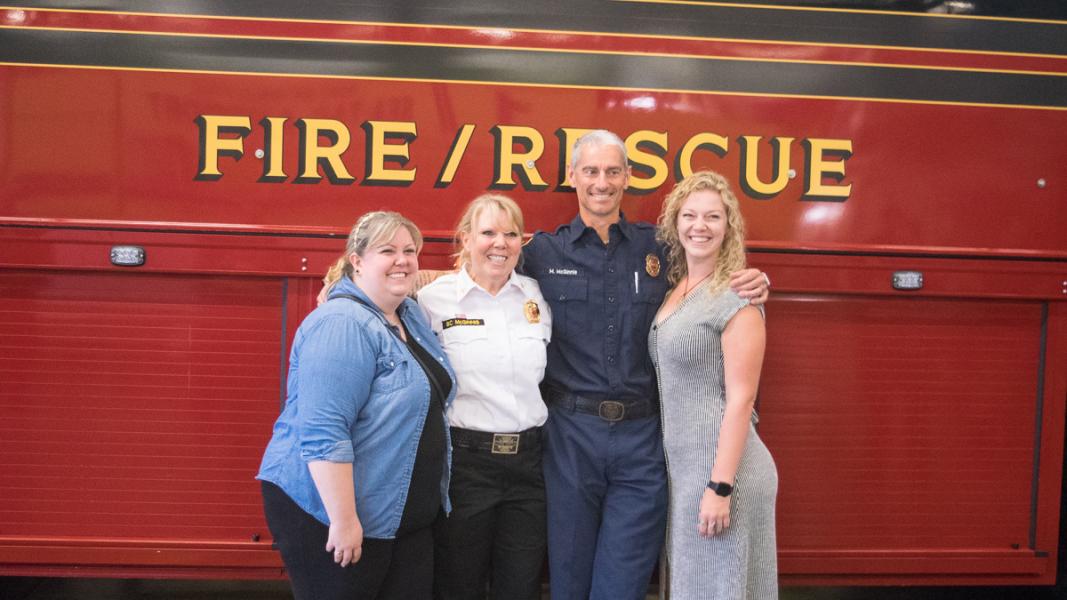 Related to First Female Battalion Chief Is a Model for All 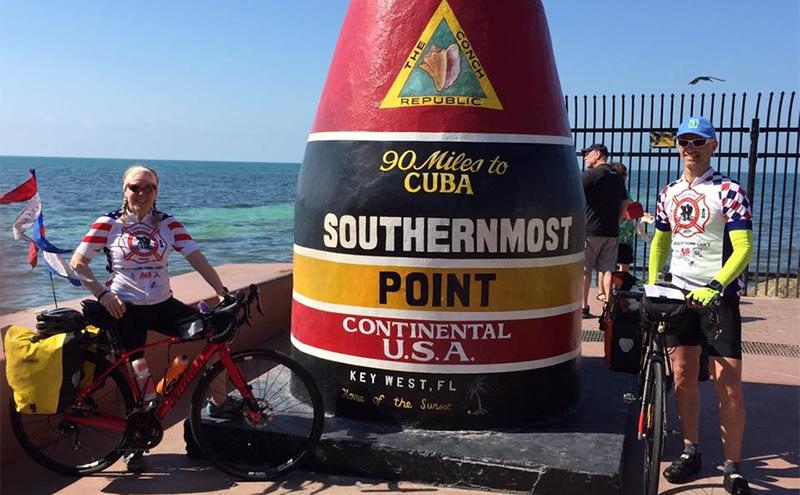 Saying Thank You — Right Place at the Right Time

Nothing about Joe Ravenscroftâs day had gone as planned. When the 50-year-old Seattle-area resident headed to his gate to board the 12:40 p.m. flight to Anchorage, Alaska at Seattle-Tacoma Internati...