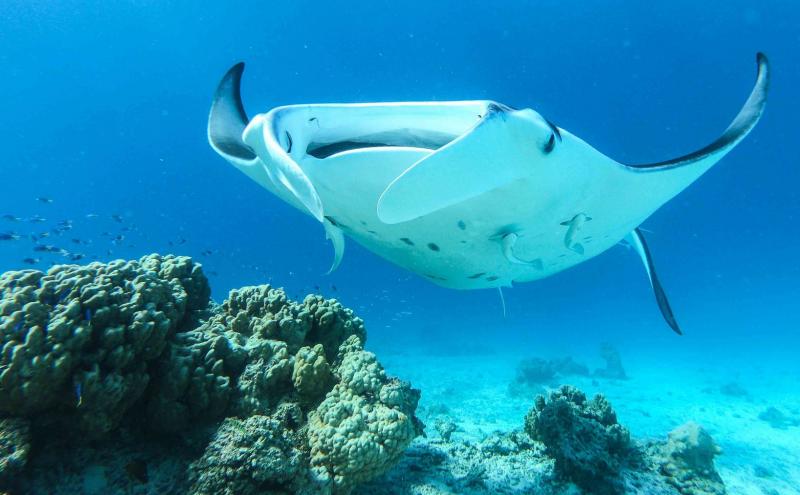 It was a very happy day when I learned that Air Tahiti Nui was starting non-stop flights from Seattle-Tacoma International Airport (SEA) to Papeete, Tahiti (PPT) this week. The island of Tahiti is the gateway to fly into French Polynesia, one of the most beautiful and culturally fascinating regions I’ve ever visited.

In 2003, I was burned out and bored with life and set out on a journey that changed me. Good thing I had no idea what to expect as I left Seattle to sail thousands of miles on a 30 foot sailboat in a search for whatever I was looking for. Frankly, I was underprepared sailing-wise and those mistakes and adventures could fill another book. But that’s another story for a different day. For three months, I explored 11 of the 118 islands of French Polynesia by sailboat and lived to provide this advice on off-the-beaten path natural spots.

But this shouldn’t be about me. More important is this special place — gentle, nourishing, life-affirming — with a rich cultural heritage and a riot of tropical color. And scenery so beautiful you keep blinking because how could it be real?

Truth be told, I would do whatever it took to get back to this place that has held my heart and my mind hostage since then. But with Air Tahiti Nui's recent launch of nonstop international service from Seattle to Papeete via SEA Airport, it’s now easier than ever to get to paradise in less than eight hours. (And much longer by sailboat!)

Where is French Polynesia?

This magical place has beckoned people over the centuries. And there are so many stories to tell about nature, culture, music and literature, and history. Apologies in advance — this isn’t a glossy travelogue of the beautiful views, honeymoon dream venues, overwater bungalows, and fine dining experiences. This is more (and less) than that. It’s my “hidden greatest hits” from a place that is far more than a tourist destination or a sunny spot on the map. A culture and place that captured my soul and fed my curiosity. And it’s a start on my to do list for my return.

Because I will never be released from this place. And I’m OK with that.

And who better to tell these stories than the people who have lived it, visited it, and know it? Recommended readings bring historic and modern perspectives from both visitors and residents.

More than one island

The words French Polynesia and Tahiti are sometimes used interchangeably, but the truth is that French Polynesia is a vast territory of more than 1,200 miles with six archipelagos and 118 islands, each with distinct histories, cultures, languages, and personalities. The island of Tahiti is one of those islands and the gateway to this jaw-dropping region with your arrival at the capital city of Papeete (PPT) Airport. French Polynesia languishes halfway between South America and Australia.

Here’s a video overview from Tahiti Tourisme, one of the best sources of information about the region.

The Marquesas — One of the most remote island groups in the world, the Marquesas even have their own time zone — while the Society Islands are the same time zone as Hawaii, the Marquesas are 30 minutes ahead. These 12 islands — six of them inhabited —  are authentic, incredible, less touristed, and rich in heritage. The Marquesas feature rugged landscapes with high mountains, knife-blade ridges, and rock spires. With dense jungles, rugged nature, and dramatic high cliffs plunging into the sea with no fringing protective coral reefs. Called “The Land of Men,” these islands have witnessed amazing history and culture: early visits from the Polynesians, then the rest of the world changed it forever. The Marquesas are the stuff of legends and stories and art — Hiva Oa is the final resting place of residents Paul Gauguin and Jacques Brel; and Thor Heyerdahl wrote a book about another island, Fatu Hiva.

Tuamotus Islands — These “distant islands” are donuts of coral islands rising barely above the ocean, with crushed shell roads, and warm water lagoons in the donut middle. They were not popular tourist destinations until the advent of GPS because of the navigational challenges in seeing them. When arriving from the ocean, they are not visible for miles like the spires of the Marquesas or the looming peak of Bora Bora. Because creating Tahitian black pearls requires a lagoon, many of the pearl farms in French Polynesia are found here. These islands are a snorkeling, swimming, and diving paradise.

The Society Islands — This archipelago includes the iconic places that many of us recognize —Tahiti, Bora Bora, Huahine, Moorea. There are nine islands in total and they’re the dream destinations for many tourists and honeymooners. Your airport arrival will be in the town of Papeete on the island of Tahiti, which is the gateway to the outlying islands and a fantastic destination in and of itself.

Gambier Islands — These remote islands 1,000 miles from Tahiti are another important center for producing cultured Tahitian pearls, which come in a range of blacks, greys and silvers, aubergine, and even fly wing green. It’s said that the island of Mangareva has the most beautiful lagoon in the region.

The Australs — An off the beaten path destination of seven islands, five with residents. These islands have breathtaking landscapes with sheer mountains and valleys. Rich farmlands and archaeological sites that bear witness to a well-organized pre-European community of rich cultural and religious practices. From August to October, sit in the famous caves and watch humpback whales frolic offshore and give birth.

Here’s my first crack at a “to do list” to explore the natural world in French Polynesia. The next installment will cover lesser-known cultural adventures.

But there’s no judgement if you decide to sit by the pool, marvel at the view, and indulge in pamplemousse (giant sweet pink grapefruit) margaritas.

1.    Discover the treasures of the ocean (and lagoon)

Swim with manta rays. And Humpback whales, and sting rays, and sharks, and sea turtles. The underwater world here is epic. In fact, the island of Mangareva in the Tuamotus is a designated Biosphere and French Polynesia hosts the largest shark sanctuary in the world.

You’ll see the shadow of the giant mantra ray as it appears to fly through the clear turquoise water. They are massive, with a wingspan of up to 30 feet, but are gentle plankton feeders with no capability to harm. Exploring the water here, with visibility up to 200 feet, is the thing to do. And bathtub warm water (averaging 80 degrees), just the way I like it.

If you’re looking for a specific sea creature like the manta ray or whales, this interactive map will show you where to find it in the region:

On a sandbank inside the lagoon of Moorea, in shoulder-deep water, you can watch smaller sharks and stingrays. They are comfortable with people and will wrap around your shoulders like a cape looking for food. Shuffling your feet in the sand as you move helps the rays stay out of your way and enables you to avoid their stingers.

Much of the fun in French Polynesia is at or below sea level. In the wise words of Jimmy Buffett, changes in altitudes can prompt changes in attitudes (maybe that's not quite how it went but allow me some creative license). The panoramic view from the Belvedere Lookout on the island of Moorea provides a bird’s eye panoramic view of the mountains, turquoise water, fringing barrier reefs, and fields of papaya trees and pineapples.

Tahiti’s “little sister,” the lush island of Moorea, is a quick ferry ride (less than an hour) from Tahiti. And you can get to the top of the lookout by car, scooter, or even the old fashioned way of hiking up.

Do you have a happy place or a peak experience that you summon during stressful times? Drift snorkeling through Tiputa Pass is mine. Rangiroa is a giant coral donut with a 558 square mile lagoon in the middle. A ring of coral islets barely above sea level. The second-largest lagoon in the world, 50 miles long by 15 miles across — 558 square miles — a lagoon so large it has its own horizon.

Twice a day, the tide switches directions and comes through two passes at six knots (almost 7 miles per hour). You take a boat to the head of the pass, jump overboard, and drift with the current through the superhighway of fish. You may even see dolphins riding the bow wave of boats coming through the pass.

It’s not unlike busy Lake Union traffic at 4:00 p.m. on a Friday. But this traffic is beautiful, silent, and parts to make way for you as you float from the ocean into the lagoon. As I start, hammerhead sharks on my left at the mouth of the pass. Floating through a school of hundreds of 40 pound bigeye trevalley jack brush against me. Don’t mind the grey tip reef sharks — I float by them fast they just ignore me. When the current slows, I’m gently deposited into the bathtub-warm water of the Aquarium, a shallow coral reef inside the lagoon, with hundreds of smaller tropical fish swimming around my legs. Nirvana. 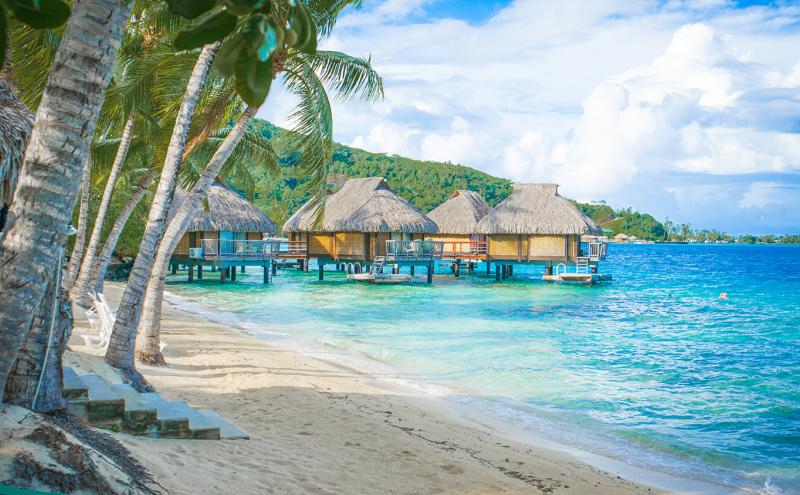