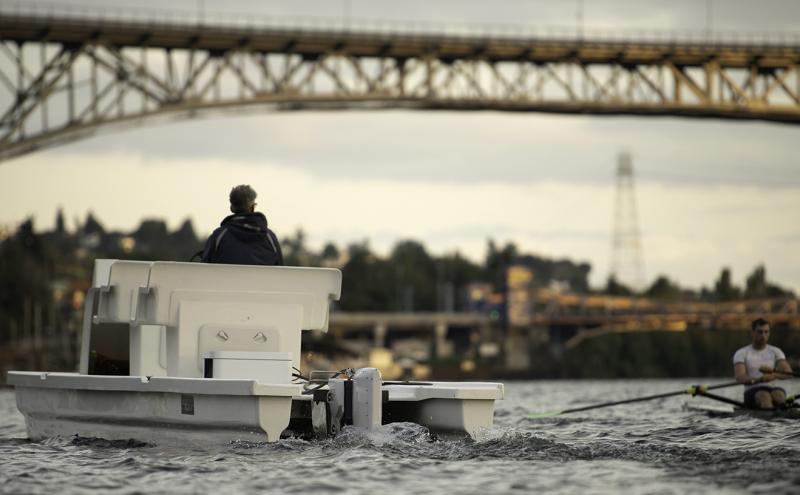 Washington Maritime Blue, the Port of Seattle, and WeWork Labs have partnered to launch Washington’s first maritime accelerator to help maritime companies innovate and grow. New ideas in one of the most traditional sectors in Washington is critical for a thriving economy and to protect our planet, precious natural resources, and ocean life.

Eleven companies participated in the maritime accelerator inaugural cohort, and have been working for four months out of WeWork Labs’ Seattle location with access to mentors and advisers, and seminars and workshops to help navigate challenges and obstacles. In April, the startups shared their innovative solutions in a Virtual Showcase, and an in-person showcase will be planned in the future.

This is the first of a series  featuring each of the 11 startups participating in the maritime accelerator.

Inspired by CEO Andy Rebele’s love of rowing and Tesla technology, Pure Watercraft was founded in 2011 on the shores of Lake Union with a simple goal in mind — to find a better way to push a boat. The result: the Pure Outboard, a high-performance electric outboard motor that is quiet, requires minimal maintenance, and produces zero emissions. We spoke with Rebele and Alexander Oki, Director of Finance and Business Development at Pure Watercraft, to learn more about their journey, what they have learned, and what’s next for them. 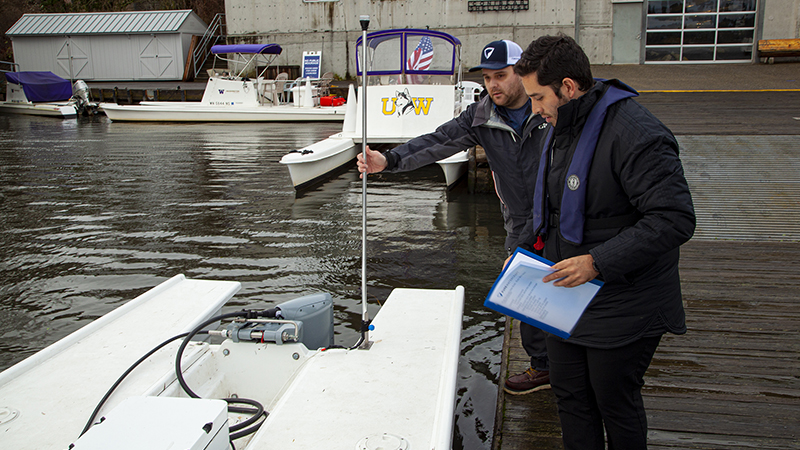 Tell me about Pure Watercraft and how it got started?

AR: I have been a boater since I was a little kid. I went fishing every weekend when I was living in San Diego and I was a rower in high school and college. I rowed at Stanford and was later the freshman rowing coach for Boston College when I was in grad school at Massachusetts Institute of Technology (MIT). Later when I was in San Francisco running an internet business, I got a boat with an outboard motor and it was just as loud as the boats from my boating days. The Tesla had just come out and it was all about a high-performance electric engine. I thought “why couldn’t we do the same thing for the boating industry?” From that idea Pure Watercraft was born. I started with fewer than five employees and just wanted to design a great electric boat for me and make a business out of it. Now we have 28 employees and are getting close to coming out with our first product, the Pure Outboard.

What are the benefits of an electric outboard motor?

AR: I used an outboard motor as a rowing coach and it’s the heart of the boat market. Most boating is not rich people boating; it’s people going fishing, taking the family out on a boat, or pontoon boating. This is who we’re designing our electric outboard motor for. The main user benefit is quietness. You also benefit from the convenience. You can plug in the motor to charge when you get home. With an electric motor you also have the most speed control. A gas outboard has to be replaced every five years and is often a maintenance nightmare for people. An electric motor makes boating accessible for people who might not have otherwise considered it. With the risk of carbon monoxide poisoning, use of spark plugs, and other potentially complicated maintenance procedures, outboard motor boats don’t always reach as broad of an audience. The concept of an electric outboard motor is not new — they have been around since about 1870, even longer than electric cars. But ours is the first electric outboard system to perform better than the gas outboards it replaces. 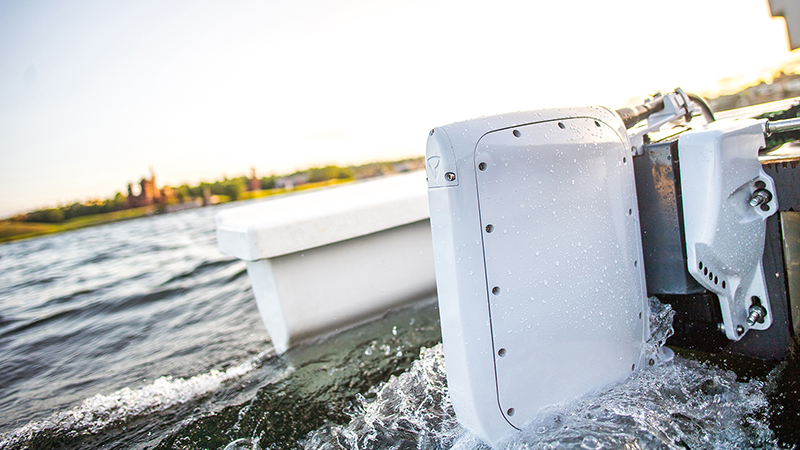 What challenges have you had to overcome in developing the electric outboard motor?

AR: As we looked to develop an electric outboard motor, we saw that people weren’t buying higher-powered electric outboards because they were too heavy, expensive, and unreliable. We needed to build something that was high performance, low cost, near silent, and rock-solid reliable.

Why is sustainability so important in maritime innovation right now?

AO: We care a lot about the maritime sector, and we really acknowledge the great history of commercial importance of being connected to our water systems and natural environments; we’re looking to transform a grossly overlooked source of polluting emissions to help usher that in in a greener, more considerate way. It’s such a no-brainer that the tech innovation that has been going over roadways should be applied to other forms of transportation or recreation. We’re revolutionizing recreational boating by making it enjoyable, accessible, and environmentally friendly for everyone.

AR: Every industry needs to think sustainably now. The reason it’s  so urgent is that the maritime industry has not done so in the past, so it is lagging far behind other industries. The pollution from boats vastly exceeds that from cars. There is a push to stop selling internal combustion engine cars, but at the same time we have this huge industry that has not taken the next step yet. Ninety five percent of boats are fueled at regular gas stations. When electric cars become prevalent, where are people going to fuel their boat if gas is going away?

For people who mostly go boating on lakes, electric should be the default motor. There is far less impact on other people and environment. There is no wake, no noise, and it’s considerate to flora, fauna, and people as well. Sustainability goes way beyond pollution. We need to ask "how can boating be compatible with living with other people in the same environment?" 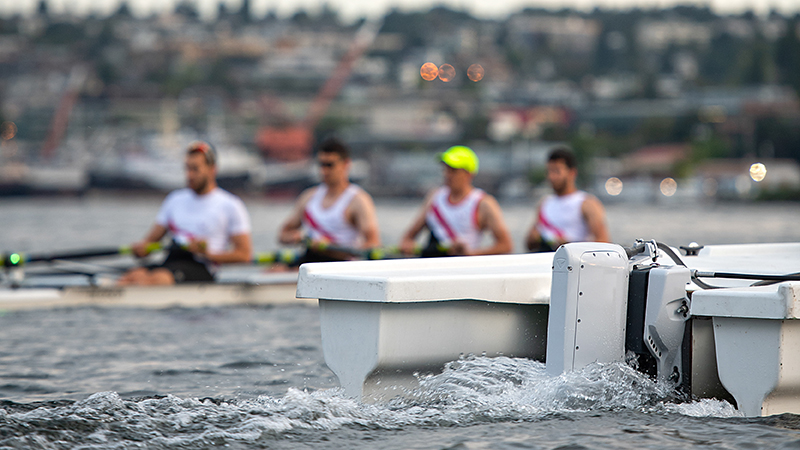 AO: Historically the maritime industry doesn’t tend to attract innovators, but the Maritime Blue Accelerator Program is trying to change that. This program can help develop solutions to meet the challenges of innovating in maritime, an older and more traditional industry, that doesn’t typically receive funding from Silicon Valley.

Tell me about Pure’s experience with the maritime accelerator cohort.

AO: We are one of the older companies in the cohort in terms of our development cycle. We have working prototypes right now that aren’t far from commercialization. It’s important to put our name in the ring, share what we’ve learned along the way, and be part of that conversation that helps move that sector forward. The accelerator program provided a very broad range of panel discussions with experts that were exhaustive and deeply impressive, and covered a range of different facets of building a company. We were able to network with WeWork, the Port, and the Department of Commerce within the focus of that maritime space.

What has been valuable about the Maritime Blue Accelerator Program?

AO: It’s a great opportunity to bring about needed change in the maritime industry. It has been really valuable meeting everyone and trying to make the problems they are trying to solve a little better. The Maritime Blue organization is part of a growing network of folks who really care about sustainability for our water systems and it shows that we aren’t as alone as we thought. Hopefully we are starting to turn the corner and see the value in what changes we can collectively make.  Already the cohort has been very helpful in building connections, critical in building commerce, and potential customers and potential needs. 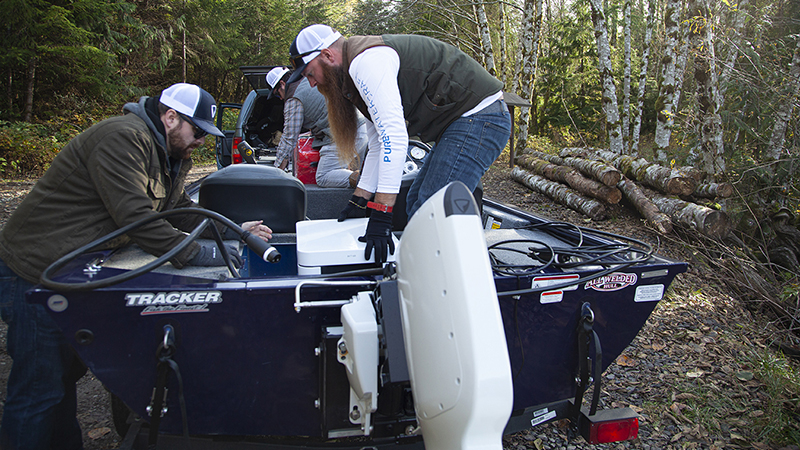 What is next for you?

AR: Our next step is finishing the beta testing program for the Pure Outboard, which will wind down by end of July. Shortly after that we’ll transition to selling an early commercial product. We want to apply some of those lessons from the accelerator program as we turn the corner, keep on listening well, and be there to provide a product that solves real problem for those who trust us with the solution. 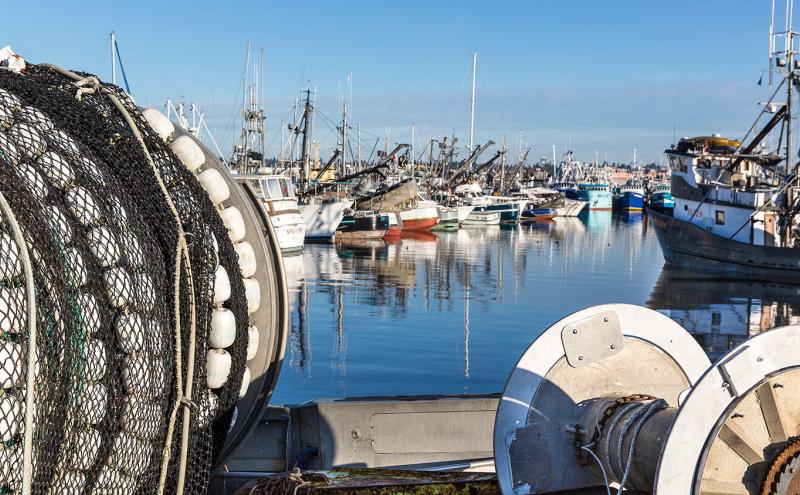 A company with a platform to provide data and insights on ocean health; a maker of technology that extracts contaminants from soil, sediments, and ground water; and a health care provider for mariners... 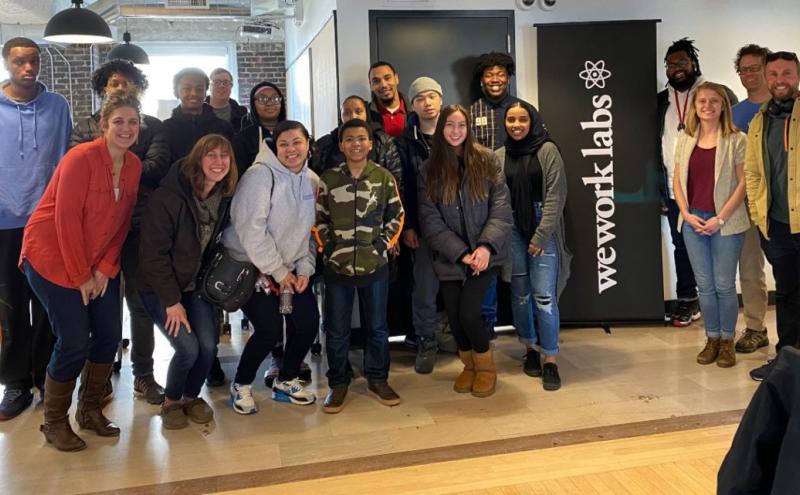 Last week we held an innovation showcase to highlight the entrepreneurs who have been working within our inaugural maritime accelerator program over the past three months.  It was a great event, ironi... 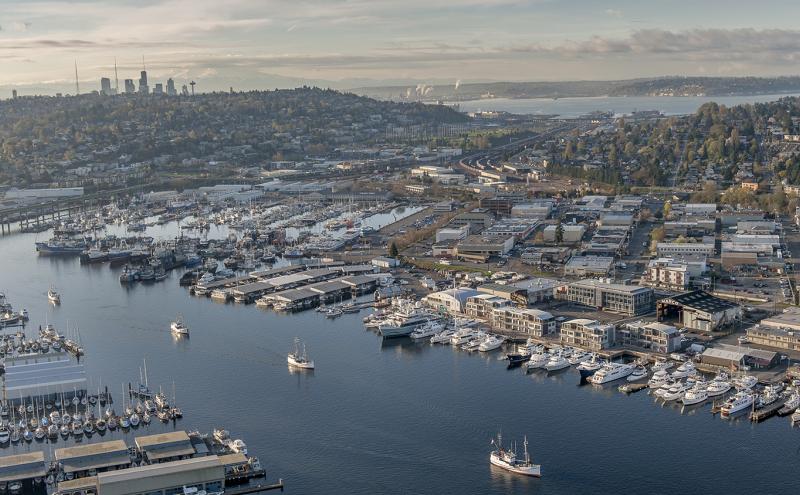 Today, after reviewing over 100 applications, Washington Maritime Blue, the Port of Seattle, and WeWork Labs are excited to announce the 11 companies selected to participate in a highly competitive, i...