Why Am I Taking a Bus to Get to my Plane?

Have you recently come on or off an aircraft here at SEA Airport by using a shuttle bus? It’s still a very small percentage of our operations, but they have increased pretty quickly in the last few years and you may wonder why. The bottom line is, SEA continues to grow and the Port has created this option for airlines to reduce wait times on a plane or in the terminal. Here’s more information.

First off, some definitions. What we’re talking about here are called ground boarding operations. Normally when you get on a flight, you are at a gate in the terminal and then you walk down a passenger loading bridge (or PLB) to get in or out of your aircraft. Ground boarding is when your aircraft is parked away from a gate at the terminal, on a specific concrete area, like a big parking lot for planes. From these parking spaces, a shuttle bus loads and unloads passengers from the plane and then drives to special ground boarding gates designed for the shuttles to drop off or pick-up passengers at the terminal. 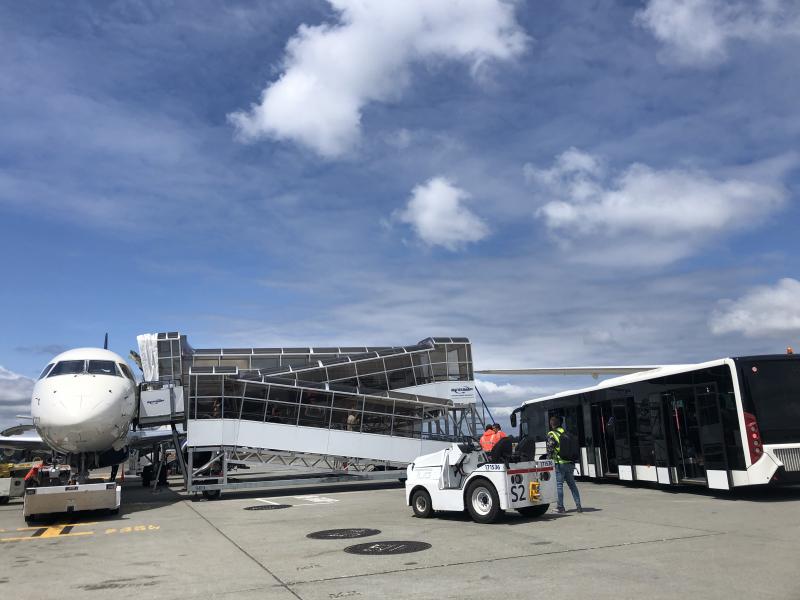 Why is SEA using ground boarding?

Good question. It’s because of the rapid growth at SEA and how busy the gates have become. SEA is a reflection of the growth in our region as our passenger volume has increased 41 percent just in the last five years. With that, plus a number of gates closed due to construction projects (for the North Satellite and International Arrivals Facility), we don’t have enough gates to service all of the flights airlines have scheduled during peak periods.

That’s where ground boarding comes in. Without them, you’d have to wait on your plane for a gate to open or, on the other side, wait in the crowded terminal for the next plane. The demand for gates is extremely high during peak periods, especially mid-day for international flights, and in the morning or evening for domestic flights. Each airline makes the decision to use ground boarding, which may be problematic for their staffing. The busiest airlines lease their own gates and may wait for their own gates to open up rather than move to a common use ground boarding gate. Other airlines, like Norwegian and Frontier, use ground boarding exclusively because they don’t have a leased gate space.

Some people think a ground boarding operation can be fun. Rather than going through a tube to get to another tube, you actually get to be on the ramp where all the aircraft and activity is going on. You’ll get a chance to see all kinds of planes from the ground, different airline liveries (paint jobs), and see how busy it is to keep all of the flights coming and going with ground workers and services. 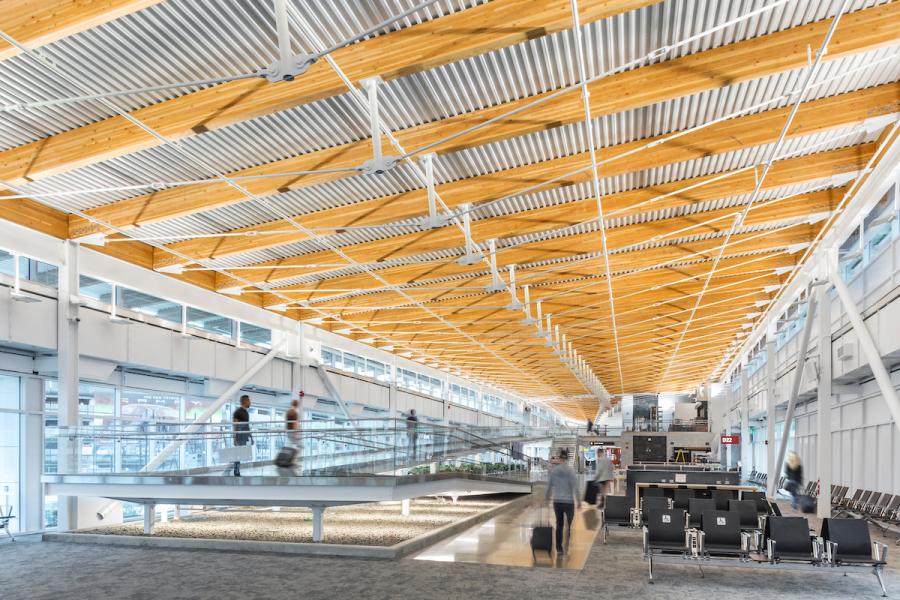 What is SEA doing to accommodate airport growth? 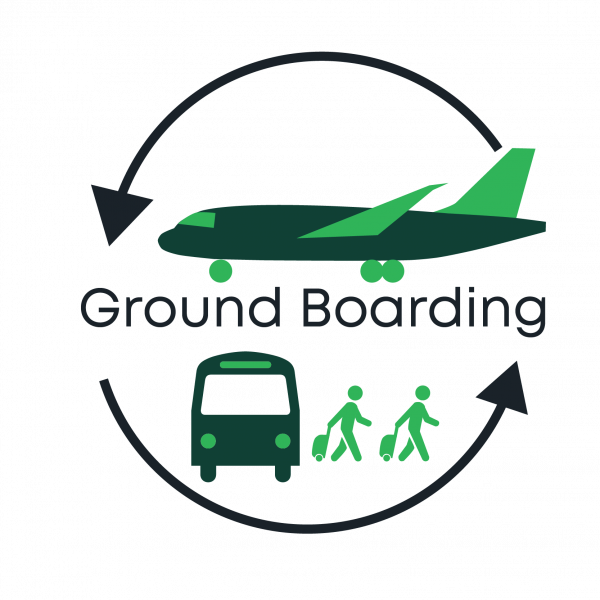 SEA opened a new facility to help relieve the congestion, the Concourse D Annex. It’s a two-story facility with six holdrooms, or waiting areas for gates. The building is made specifically for ground boarding operations and provides a more comfortable customer experience than other airports provide for shuttle bus operations. The two story building has skylights, bright open spaces, lots of seating, concessions, electric charging stations, free airport WiFi, restrooms, and even a children’s play area. If your ground boarding shuttle doesn’t end up at the D Annex, you might find yourself at one of our five other locations on Concourse A, B, D or at the South Satellite for international arrivals, which can be found on our interactive map, just look for the ground boarding icon to see which gates are dedicated to ground boarding!

The Port of Seattle is currently in the middle of review of a Sustainable Airport Master Plan which recommends 30 near-term projects including a new terminal with 19 gates by 2027.

Do I need to do anything different for a ground boarding gate?

If you find yourself scheduled to go out on any of these gates, there’s nothing more you need to do. Airline staff will direct you through each gate and on to the shuttles. The ride is typically six to eight minutes or less. In fact, unloading, especially large aircraft, is usually faster as ground boarding allows both front and back aircraft exits to be used.

Watch the video that shows you how ground boarding operations work.