Did you know that the Seattle-Tacoma International Airport (SEA) terminal is shaped somewhat like a boomerang?

Want to know why? It isn’t just because of the obvious aesthetic appeal of the shape, or as a subtle reminder to make sure people keep coming back!

The reason dates to the original configuration of the first runways which were constructed between 1943 and 1944. SEA, like many military airports in the World War II era, was constructed with runways heading in different directions to cover all wind conditions. The airport started with four runways: the north/south, the two arms of the “X”, and the east/west. The terminal building was built in its unique boomerang shape to fit into this runway configuration, as you can see from this 1948 aerial photo. 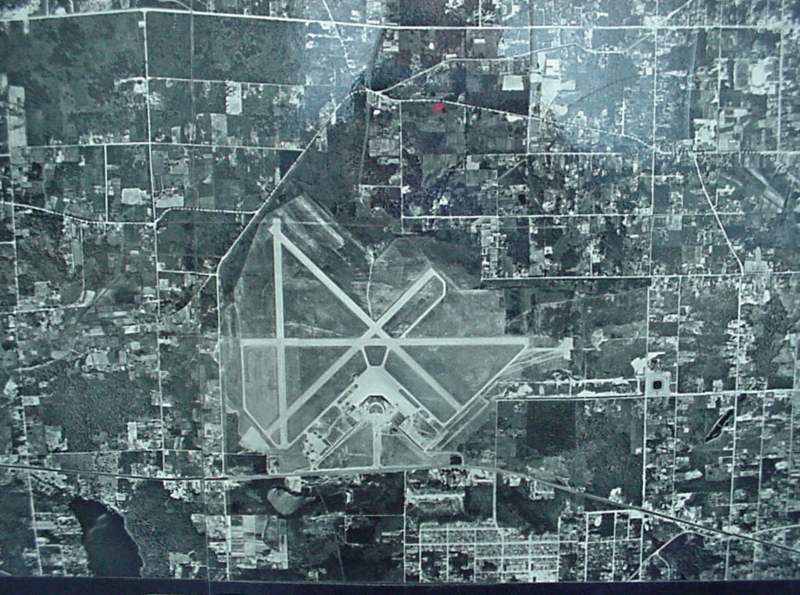 As commercial aviation technology and practices developed over the years, the need for the east/west runway depreciated. Starting in the 1960’s the original T and X runways/taxiways were replaced by the current three parallel runways situated on a north/south axis.

Though the runway configuration might have changed over the years (see the photos below) you can see how the current airport terminal keeps the general shape of the original terminal building to this day. 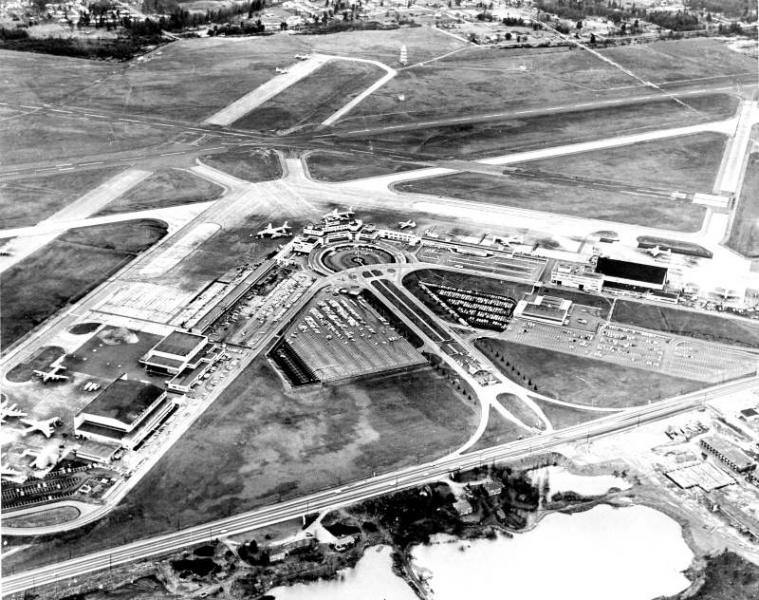 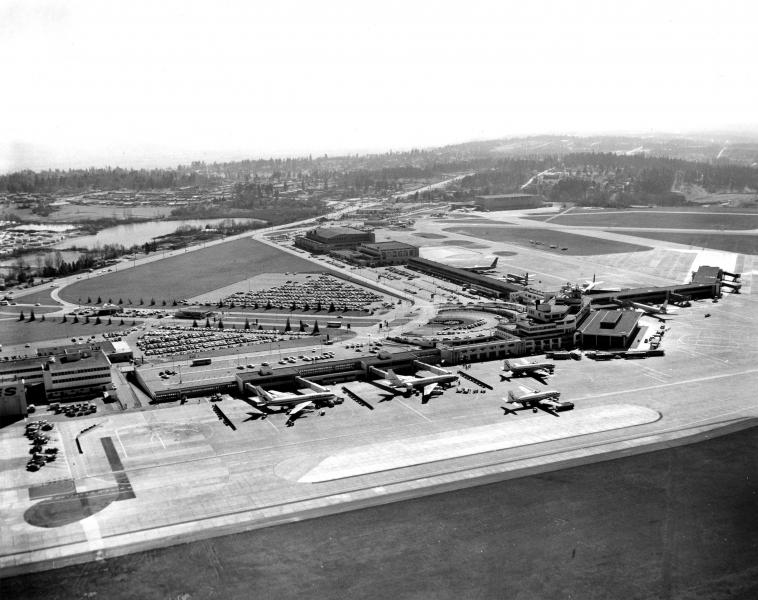 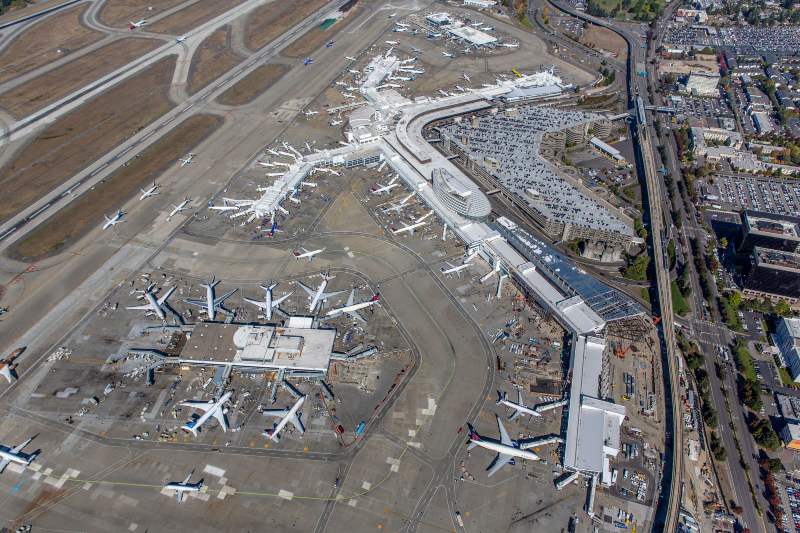 Quick Facts about the Runways:

2. What the heck do the number/letters mean anyway? 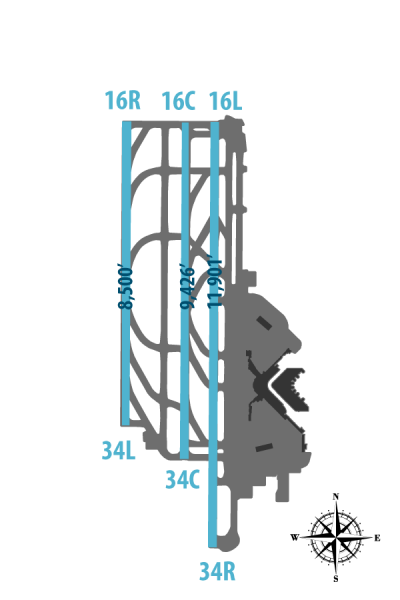