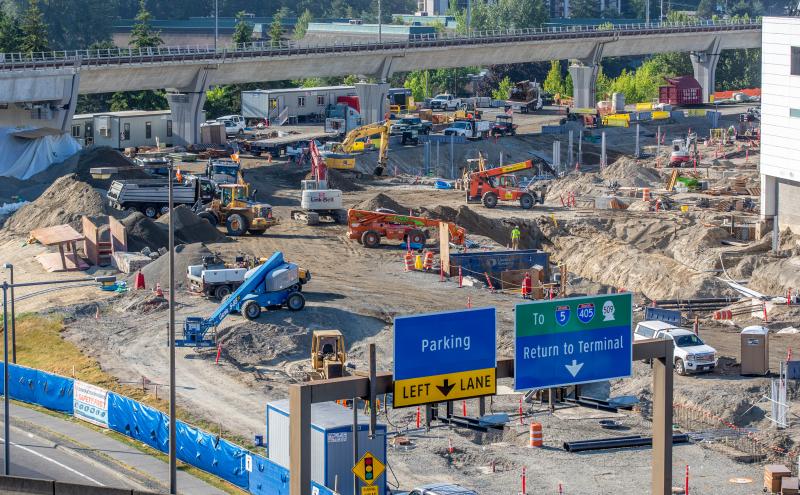 An independent review panel convened by the Port of Seattle Commission identified the scope and complexity of the program and the “supercharged” local construction market as the primary reasons for higher budget estimates for the new International Arrivals Facility (IAF) at Seattle-Tacoma International Airport (Sea-Tac).

The Executive Review Panel (ERP) provide their report to commissioners today, finding that the negotiated Guaranteed Maximum Price (GMP) of $773 million for construction and May 31, 2020, completed construction schedule are both "reasonable and achievable." The IAF will open to passengers in August 2020, following extensive systems and user testing by the Port, airlines, and federal agencies.

The final cost to the Port, including $76 million in sales tax and additional Port costs, will be $968 million. Airport capital development projects like the IAF are funded through a combination of airport-generated revenues, passenger facility charges (PFCs) and revenue bonds. As with virtually all airport projects, no tax-payer dollars will be used to fund the projects. Port Commissioners will vote on the updated budget for the IAF at their September 25 meeting.

The Port Commission convened the independent panel in May 2018 to provide an independent assessment of the negotiated GMP cost and schedules. Between December 2015 and April 2018, the estimated program costs increased significantly, and that trend, coupled with no fixed schedule, spurred Commissioners to initiate an independent review. In addition to examining the cost and schedule, Commissioners asked the panel to provide program management suggestions for future large airport capital projects. Panel members were selected for their deep experience and technical expertise in managing large public works projects in challenging building environments such as airports.

In their analysis of the IAF GMP and schedule, external review panelists Ken Johnsen, John Okamoto, Loren Smith, and Tina Millan (biographies in the appendix) studied contractor and subcontractor bids, interviewed project participants, and compared independent cost and schedule estimates with those provided by both Port and contractor staff. The Commission-directed review found the program’s final budget estimate of $773.9 million in construction elements and total program cost of $968.4 million is reasonable for the scope of the projects in this over-heated construction market. The panel also found the schedule to be achievable if the parties approach the work with a sense of urgency. The panel cited the following components for the cost increase and schedule changes:

“The external panel findings provide certainty and predictability, as well as project management recommendations that will improve cost containment for IAF and other projects,” said Commissioner Peter Steinbrueck. “With a fixed cost, a fixed scope and a fixed schedule we are eager to deliver these much-needed projects.”

“The Port took the time to examine the project management practices, schedule, and cost for greater transparency and stewardship of the final product,” said panel leader John Okamoto. “We find that while the program cost is reasonable given the final design and current construction climate and the schedule achievable, both the Port and contractor need to hit every mark to complete this complex program within the cost and schedule they have agreed to.” The panel’s report to Commissioners includes a set of project management reforms covering oversight, contracting, and reporting. 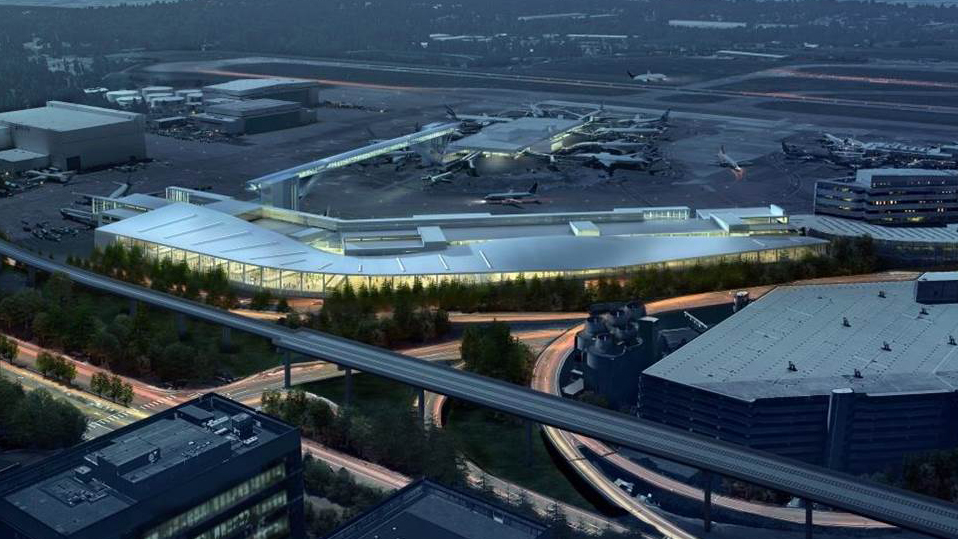 In addition to the Commission-led independent review, the Port’s Executive Director Stephen P. Metruck took multiple actions to finalize project schedule and value after joining the Port in February. Metruck tasked the Port’s Chief Operating Officer to become full-time program lead and removed one Port consultant from the project. The Port asked Clark to make similar changes to its construction management team and added more support on the ground in Seattle. To verify cost, the Executive Director asked RIB U.S. Cost, a nationally renowned independent agency with deep knowledge of public works projects, to assist with staff validation of subcontractor bids. Analytical Management Solutions (AMS), an independent firm specializing in project management, analyzed the proposed schedule. The Port provided both the cost estimate and schedule analysis to the ERP to assist in its review.

“Clark Construction and our design partner Skidmore, Owings and Merrill have committed our top leadership to ensure the successful delivery of the IAF. We appreciate the independent review panel’s thoughtful and thorough review of the project and believe their report represents a fair and accurate depiction of the IAF project to date,” said Steve Dell’Orto, Clark’s Western Region Executive Officer for the project. “Through an intensive and highly collaborative effort with the Port of Seattle over the past several months, we have reached a Guaranteed Maximum Price and schedule for the IAF project, which we are confident we will meet. We look forward to working alongside the Port in a continued spirit of collaboration to deliver this important project for the Puget Sound Region,” continued Dell’Orto.

Sea-Tac Airport needs the new IAF to accommodate demand for international travel and improve arrivals efficiency. Just in the last two years, 10 new international airlines began service at Sea-Tac. In the last decade, the number of passengers requiring U.S. Customs clearance at Sea-Tac doubled. Passenger volume during peak periods climbs well above the levels the current facility was meant to hold. As a result passengers often must wait in airplanes at the gate, or in current hallways, before going through customs or picking up luggage.

The Port of Seattle used an alternative delivery method, progressive design-build, to develop the IAF. In progressive design-build construction begins before the final project design and budget is known which led to constant changes in the project cost as design progressed. The projects are 20 percent constructed and gaining momentum, even as the final budget is being submitted to the Commission for approval.

The International Arrivals Facility Program is expected to support approximately 10,600 jobs, including 500 jobs a day during a months-long peak construction period.

Loren Smith: President, SmithConsult.Global. Experienced as a global aviation business leader and project manager in contract negotiations, financial management, and project execution. Worked on Sea-Tac Airport South Terminal Expansion Project in the 1990s. Led projects around the world including US, Canada, Central, and South America, Europe, the Mideast, and Asia.