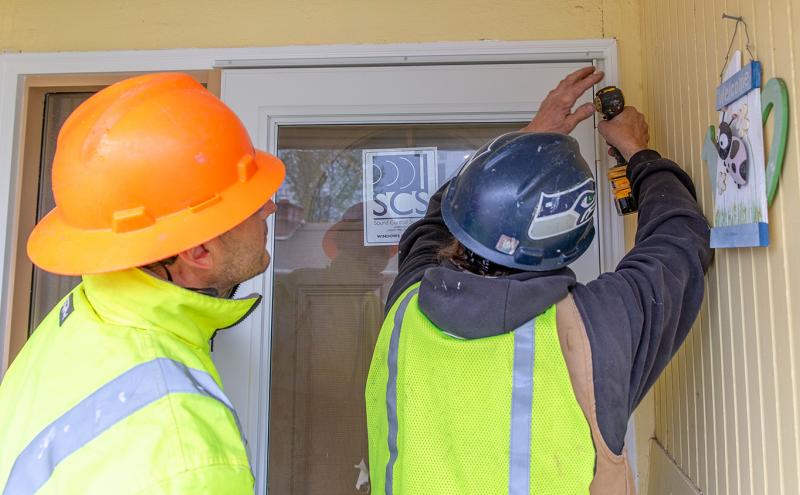 The Port of Seattle Commission this week approved the acceleration of sound insulation projects for homes, apartments, condominiums and places of worship in airport communities to be completed in less than half its current schedule. The faster noise reduction benefits near Seattle-Tacoma International Airport (SEA) will cover projects originally not expected to be complete for another 15 years; instead they will be done in the next seven years.

“With the dramatic growth in over-flights at Sea-Tac, residents can’t wait 15 more years for relief,” said Port of Seattle Commission President Peter Steinbrueck. “By accelerating these noise insulation projects, the Port is demonstrating its strong commitment to affected communities, while not waiting for federal grants to underwrite aviation noise abatement costs.”

Noise insulation near the airport is typically funded with approximately 80 percent in grants from the Federal Aviation Administration and 20 percent funding from the Port of Seattle’s airport revenues. Noise insulation for impacted schools comes from FAA grants, Port airport revenue, the Port’s property tax levy, and school district bonds approved by local voters.

To achieve the accelerated schedule, the Port will cover upfront costs of the program before seeking Federal Aviation Administration (FAA) approval of mitigation plans and funding grants.

Earlier this year the Port briefed the FAA on its intention to accelerate its noise insulation program.

The acceleration will move up projects currently scheduled for a 15-year timeframe to complete sound insulation in a 7-year timeframe. This will cover more than twice as many structures, including up to 140 single-family homes, three condominium complexes (133 units), seven places of worship, and for the first-time 18 apartment complexes with 903 units. The accelerated schedule projects to complete the projects by 2026.

During a briefing at the Tuesday, February 25, Commission meeting, Port staff estimated the cost of an accelerated program will be from $132.3 million to $227.3 million. The costs have a wide range as the program is at the concept stage, however, acceleration is expected to deliver overall cost savings.

Since 1985, the Port has sound insulated approximately 9,400 homes at an approximate cost of $300 million. Homes that qualify for noise insulation paid for by FAA grants and airport revenue funding must meet criteria including being within the established noise border, constructed prior to 1986 for Des Moines or 1987 in all other areas, and being able to demonstrate recorded noise levels that exceed FAA standards. The Port notifies qualified homeowners about the opportunity for noise insulation through twice-annual direct mailings and individual outreach.

The Port Commission has been more proactive than at any point in the organization’s history in its efforts to help local airport communities, including efforts to reduce the area’s noise impacts. Those efforts include: