In 2017 and 2018 the Port of Seattle commissioned reports on the economic impact of all of its maritime and aviation business.

Seattle-Tacoma International Airport (SEA) is one of the Pacific Northwest’s leading economic engines. From airport workers who live in neighboring communities to cherry farmers in Central Washington, and from shops in tourist destinations like Pike Place Market to corporate giants like Microsoft and Boeing, SEA touches nearly every aspect of the economy.

The Port of Seattle, operator of SEA, retained Community Attributes to measure the airport’s economic contribution based on business activity data collected in 2017. Results demonstrate SEA is a strong driving force for sustainable regional prosperity. Activity on-site at the airport and throughout Washington state resulting from purchases by visitors arriving at SEA generates the following:

The combined total impact of maritime industries was found to include 83,600 jobs and $16.3 billion in total business revenue (1). These figures reflect activity at both the Seattle and Tacoma cargo terminals that are managed by The Northwest Seaport Alliance.

In 2015 the ports of Seattle and Tacoma joined forces to unify management of our marine cargo facilities and business to strengthen the Puget Sound gateway and attract more marine cargo and jobs for the region. The Northwest Seaport Alliance was the first of its kind in North America.

The report found that, combined across all marine 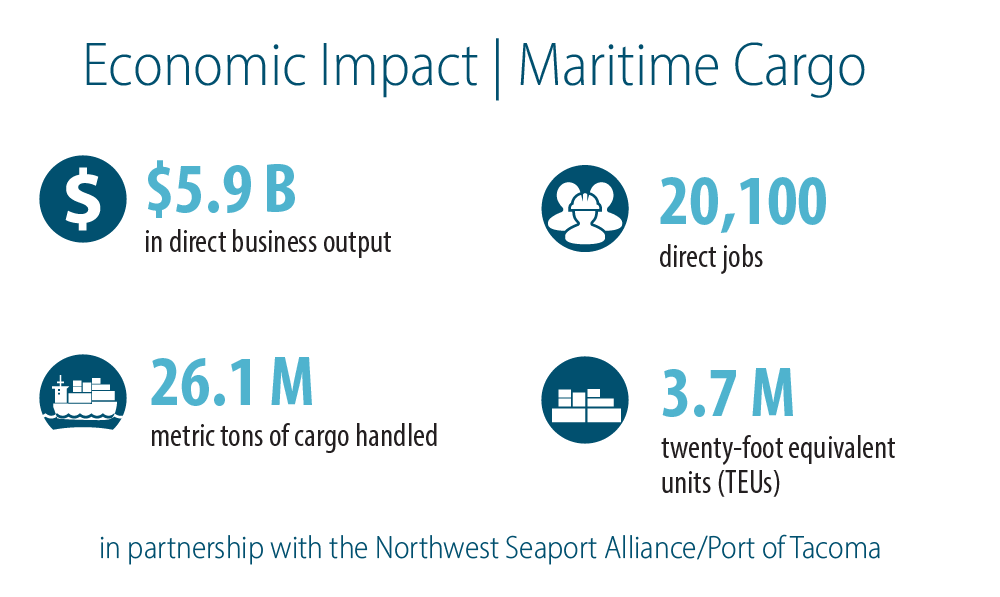 cargo activities, the NWSA directly supported 20,100 jobs and $1.9 billion in labor income in 2017. The average annual wage among direct jobs supported by marine cargo through the NWSA, including benefits, was nearly $95,000. In total, NWSA marine cargo directly supported $5.9 billion in business output in 2017. The direct and secondary economic activities related to marine cargo at the NWSA generate nearly $136 million in Washington state sales and use taxes, Washington state business, and occupation taxes and other statewide taxes. 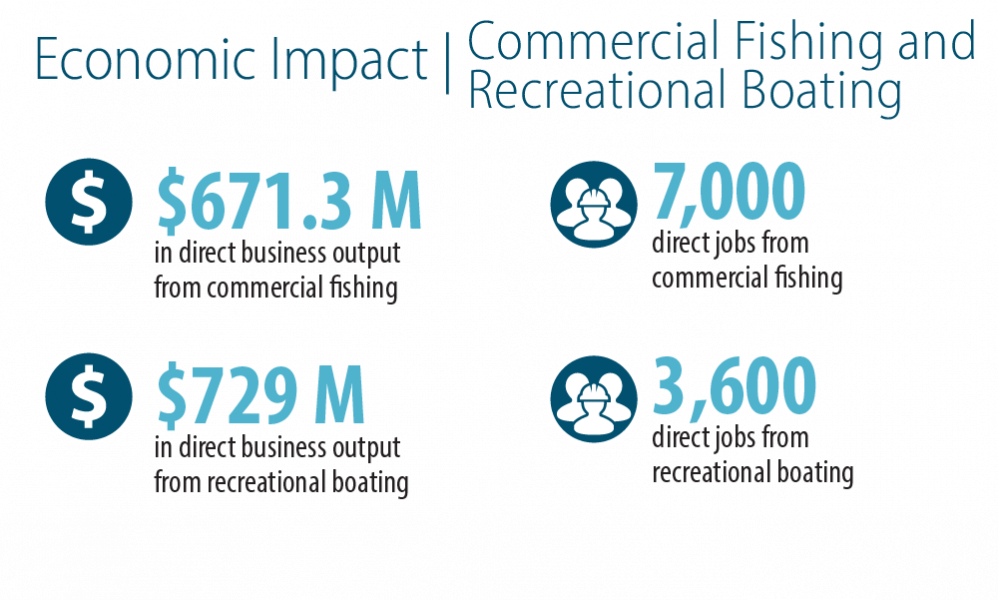 The results of a new economic impact report show that the Port's cruise business creates nearly $900 million a year in total local business revenue, with each homeport ship call contributing an average $4.2 million to the state’s economy, and supporting over 5,500 jobs.

Other highlights from the report, prepared by local firm Community Attributes, include the following:

The total economic impact of cruise ships to the state 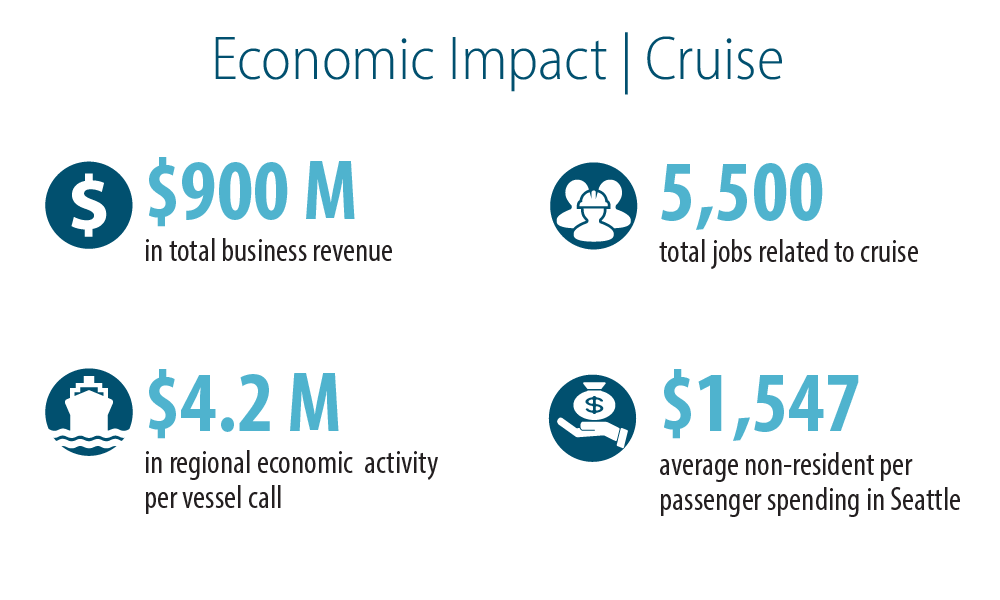 Based on these estimates, in 2019 each home port vessel call on average will support a total of $4.2 million in economic activity to the region. This represents an increase over previous Port of Seattle studies due to: 1) a revised and more thorough 2017 study of passenger spending locally; and 2) an increase in cruise operation expenditures in the region.

Note: 1. The combined figures of 121,200 jobs and $19.2 billion business revenue reflect analyses conducted for different years.  The cruise activity component is reported for 2019 whereas the cargo, fishing, and other maritime activities are reported for 2017.

Tax Levy at a Glance

Facts about the property tax levy: 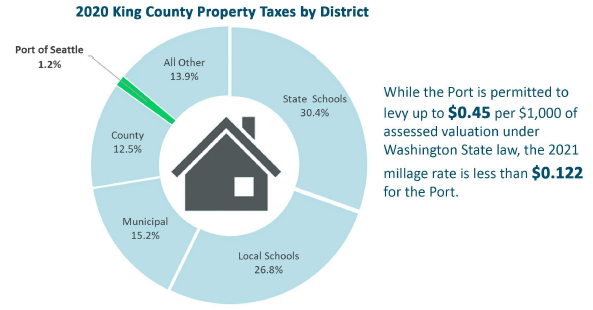