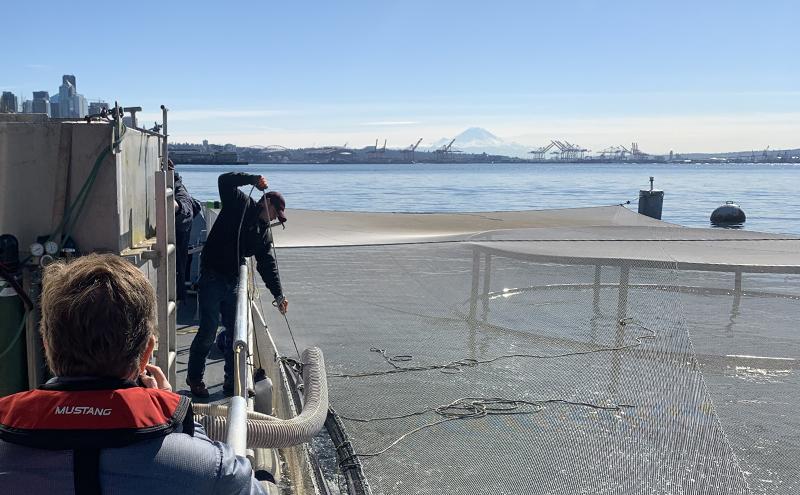 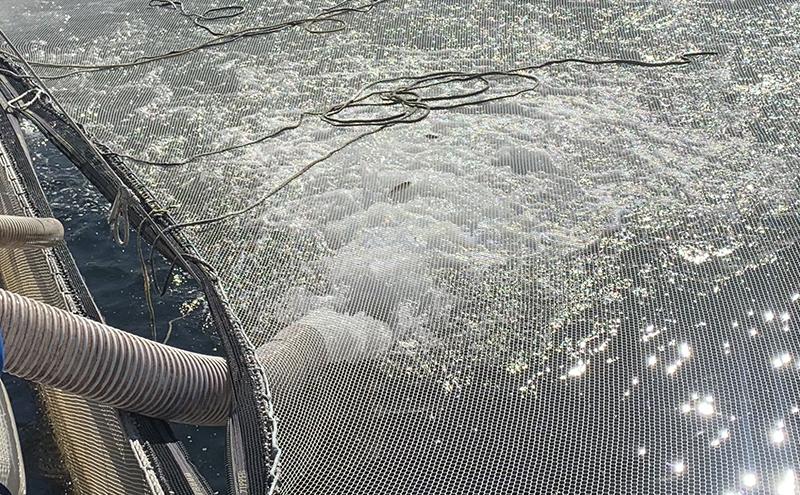 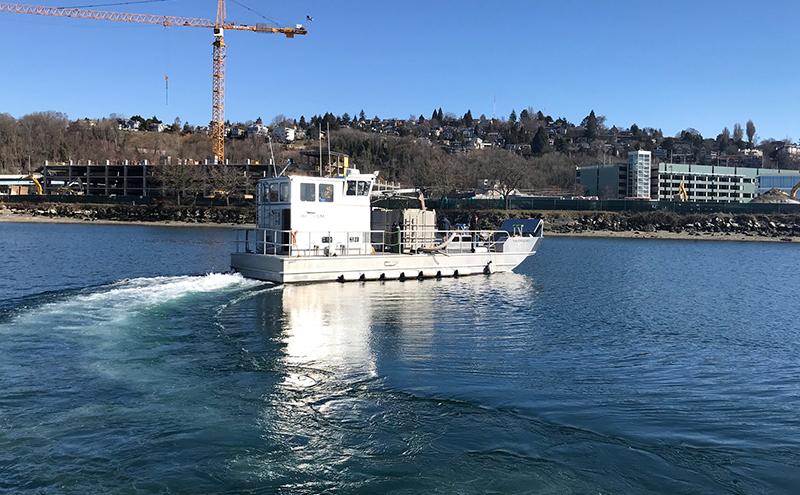 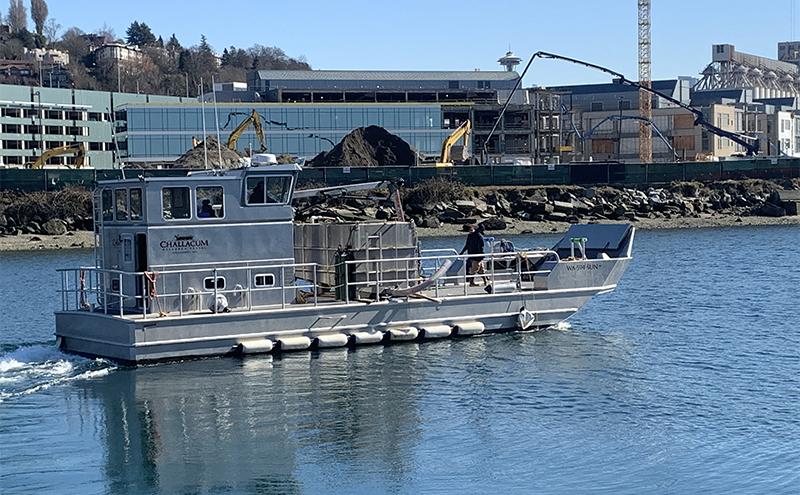 Recently, members of the Port of Seattle’s Maritime Operations crew, including Maritime Division Managing Director Stephanie Jones Stebbins, had the opportunity to accompany members of the Suquamish tribe on the tribal vessel Challacum as they stocked a fish rearing pen with juvenile Coho salmon. The salmon originated in a Green River hatchery, and were delivered to the Challacum, moored at Terminal 91, via a specially equipped tank truck. The juvenile fish, approximately three to four inches long, were then carefully transferred to a holding tank aboard the Challacum.

The Challacum departed from Pier 90 and took a quick trip along the Centennial Park waterfront to a location just south of Terminal 86. Here, the young salmon will be sheltered in a net pen while they continue to grow and mature. The Suquamish Tribe, the Muckleshoot Indian Tribe, and the port have been collaborating on the Elliott Bay net pen project for nearly twenty-five years.

“This work is not only important for sustaining our relationships with the tribes, but also for supporting our environmental values and objectives,” Stephanie said. “The salmon represent keystone species in Elliott Bay and the watershed, important to the marine and estuarine food-web”.

Tribal members will make daily trips to feed them until they are large enough to be released. This system of juvenile coho “marine rearing”  protects the fish and ensures effective growth, increasing the return rate of adult fish approximately 60%. In about two and a half months, the salmon will be released to Elliott Bay, ultimately returning from the ocean in two to four years, as 30 to 40 inch long adults, to spawn and complete their life cycles in the Green/Duwamish River watershed.

The Port of Seattle is privileged to have agreements with local tribes to maintain their historic fishing rights and protect Treaty fishing access. The port is also pleased for the opportunity to work in partnership with the Suquamish Tribe and Muckleshoot Indian Tribe to support salmon populations and restore habitat critically important to salmon.