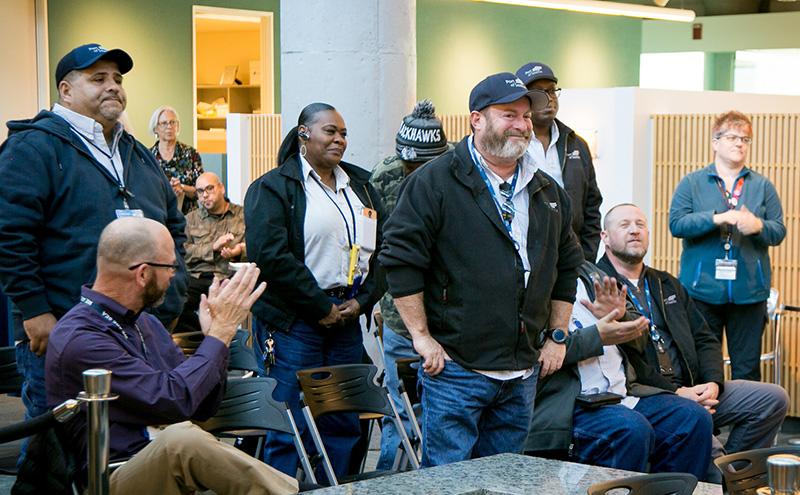 Constant changes and growth in the community can create pressure on our local environment. By hosting and investing in environmental programs, the Port is dedicated to reducing negative impacts of development and protecting natural resources to support a livable region and future.

Recently, the Aviation Maintenance Field Crew Garage Team found that the disposal of garbage from the Sea-Tac airport garage was ineffective, time-consuming, and harmful to the environment. To solve the problem, the team reached out for support from other departments, including the Continuous Process Improvement (CPI) team, and engaged in a collaborative lean process. 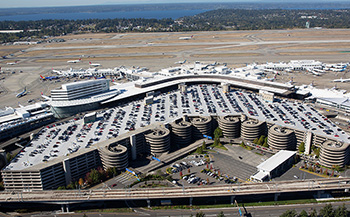 Accommodating more than 12,100 vehicles, the Sea-Tac airport garage is one of the largest parking structures in North America. For customers’ convenience, the garage contains over two hundred garbage and recycling cans across eight floors. Maintenance crews empty the cans four times a day—twice on the day shift and twice on the swing shift—seven days a week.

One of the first issues the project team discovered was a lack of standardization. There were several different types of cans, which could present unique problems. For instance, the plastic cans were more prone to suction, which could make the full, heavy garbage bags difficult to pull out. The dual metal cans were prone to leaks. Cans were also inconsistently positioned in different locations on each floor.

The collected garbage can be brought to multiple disposal areas around the airport, but crews have found many of these locations are traffic congested, inaccessible, or unsafe, so instead, they have been using a dumpster at the farthest point from the garage. The process of taking out the garbage took 180 minutes a day in “windshield time” alone, with the roundtrip commute between the dumpster and garage consuming about 45 minutes

Furthermore, the Field Crew Garage Team discovered that garbage and recycling were being disposed in the same dumpster! This was definitely contrary to the Port’s sustainability and environment goals and needed to be fixed as soon as possible. 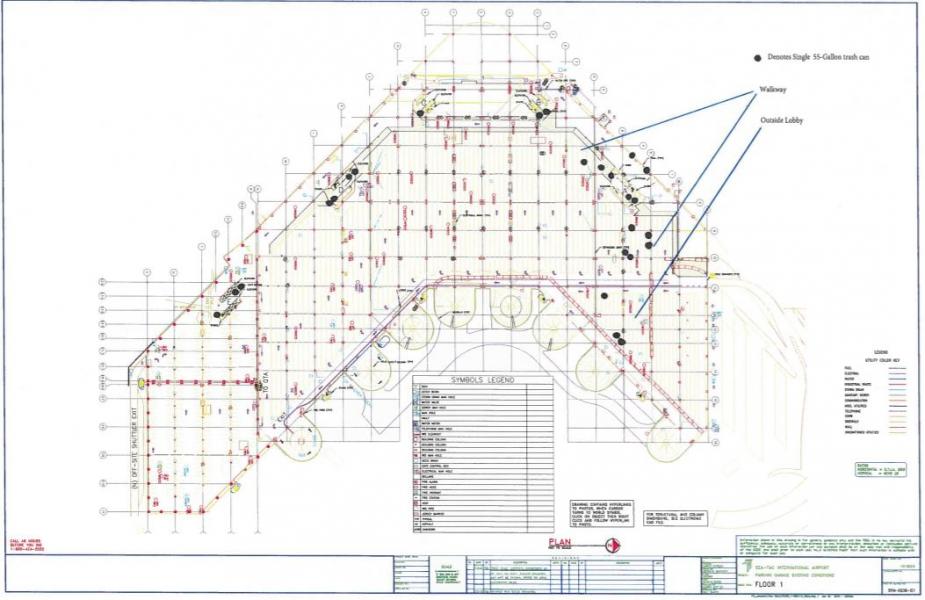 The collaborative lean process included discussions involving multiple departments and conversations involving both managers and front line employees. Problems, root causes, processes, and the results of countermeasures were clearly identified and measured. Beyond discussions, taking time to observe the process in person helped to identify issues such as the mixing of recycling with garbage, and the impact airfield traffic could have on the already long transit times.

The Field Crew Garage Team’s first action was to install a designated recycling dumpster on the airfield. The garbage dumpster was also relocated to a safe location much closer to the garage. A new project to standardize cans across the garage is in progress to improve both speed and safety. 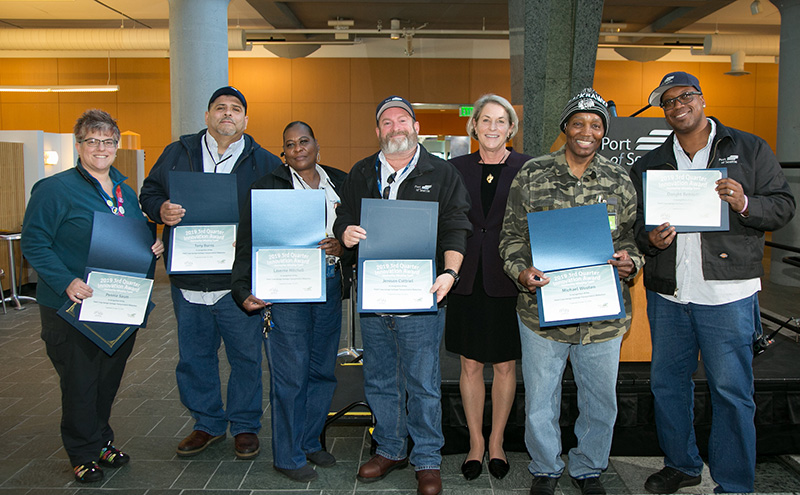 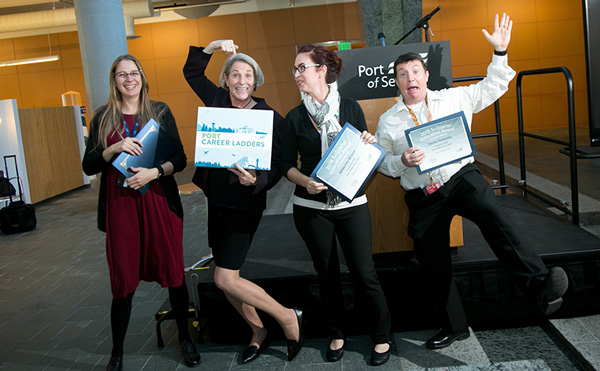 Gamification is a relatively new trend of promoting active learning by playing games rather than passively listening to a lecture or reading a manual. Developed by a cross-functional team including employees from External Relations, Human Resources, and team of high school interns, the “Port Career Ladders” board game provides a fun and innovative way to introduce students to all of the career opportunities the Port has to offer.

Every year, the Port welcomes a new class of over 120 high school interns, who spend their first three days at the Port completing an immersive orientation process. A large percentage of these interns are exploring potential career paths for the first time. From the airport, to our maritime facilities, to our corporate headquarters, the Port of Seattle offers a diverse range of jobs and experiences. Playing a game offers a far more active, engaging, and stimulating way to learn about Port job opportunities compared to sitting through hours of presentations.

In Port Career Ladders, players race to the finish line by answering questions about Port related jobs, but, like chutes and ladders, situational cards can set a player back. Besides getting to know the Port, interns also get to know each other, forming their first connections at their new workplace.