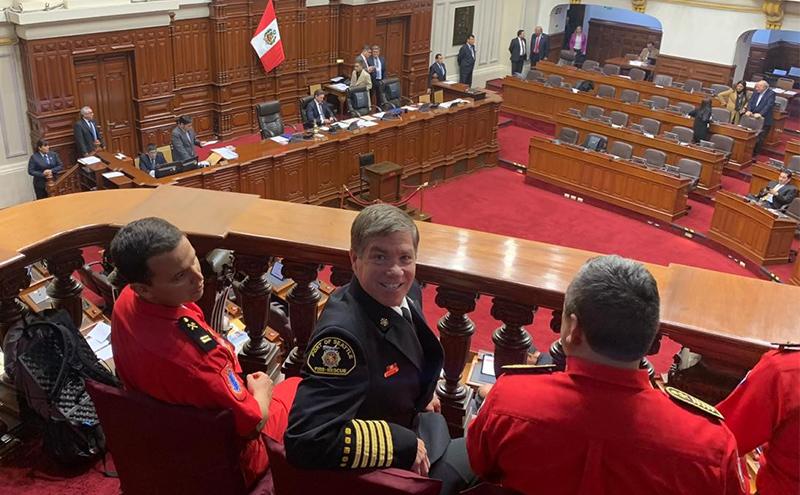 The Port of Seattle Fire Department embarks on a charitable relationship to repurpose fire equipment to a fire station in Lima, Peru

Nearly 5,000 miles separate the Port of Seattle from Lima, Peru, but a new partnership could bring us closer together while advancing fire safety in a cross-cultural exchange. Early in 2019, a visit to the Port Fire Department by Fire Commander Jorge Gomez from Lima, Peru ignited the opportunity for the partnership.

Peru is one of only two countries in the world where fire services are entirely volunteer operated and fire resources are funded through international donations. With limited fire regulations within the country, dangerous fires are a common occurrence and the need for fast, efficient resources is crucial. Without funding, every station in Peru depends heavily on donations of equipment and vehicles from all over the world. Here at the Port, once equipment exceeds Federally regulated expirations it must be decommissioned and would typically go into storage or sent to a landfill. Since Peru doesn’t comply with the same standards and the equipment is still operational, the Port can donate the expired materials so that they can find new life with the fire company in Peru.

The Washington State Council of Firefighters has been very actively 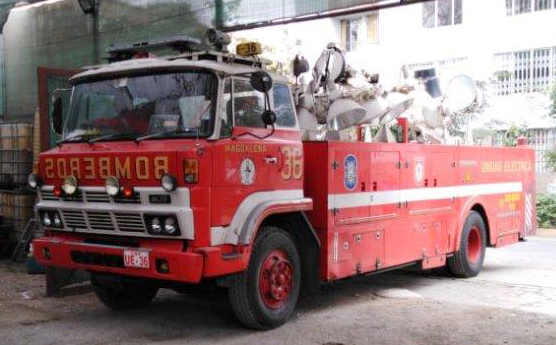 involved, providing donations from the State of Washington in support of Peru for over 20 years. It is because of the State Council’s relationship with the Consulate General from Peru, that the Port of Seattle Fire Department received their initial introduction and was invited to visit the 71st Anniversary celebration of Fire Station Magdalena N. 36 on July 21, 2019. Chief Randy Krause represented the Port of Seattle and visited eight district fire companies, met with the Fire Chiefs from Lima as they prepared for the Pan-American Games, and visited Congress where the Port of Seattle was formally recognized for the partnership with the Fire Services of Lima, Peru.

The capital city of Lima, home to just over 9 million people, is protected by a squad of 7,422 registered 'bomberos', or volunteer firefighters, according to 2017 census data. Lima is divided into 20 districts, each with its own Fire Station and volunteers to support the district. With no systems in the country of Peru to maintain or repair damaged and out of service vehicles, it takes a long time to get vehicles back into service. Once a donated vehicle is identified the fire districts often sell raffle tickets to raise money to pay the $20,000 shipping fee to get the vehicle to Peru. They are very resourceful and are always in need of supplies.

The all-volunteer department brings with it an amazing passion and spirit for the work being done by the firefighters. “Three areas that stood out during the visit,” said Krause. “First, they do so much with so little but still provide a safe and conscientious service to the community. Second, their recruits are young and in the station until late hours working on skills and learning the craft. Finally, they depend heavily upon donated equipment from the United States as well as other countries to get the necessary equipment and resources to provide fire service to the communities they serve.”

Many of the firefighters at Magdalena N. 36 express interest in the Port of Seattle operations and plan to visit the Port soon. To seal the partnership and friendship between the two fire stations, a special patch was designed and shared with Chief Krause. “This cultural exchange program is very exciting and hopefully we can continue to an exchange of personnel, vehicles, and equipment to contribute to this friendship and only strengthens our bond with time,” said Chief Krause.

This visit by Chief Krause is just the beginning of an ongoing exchange of Firefighters back and forth between the two entities. This exchange will foster growth and learning for all involved and will build upon a relationship that will endure for many years to come. On Chief Krause’s last night in Lima, there was a very large fire that displaced 250 families and he was able to hear the stories directly from the firefighters who responded to the incident. He also responded with the firefighters to a confined space rescue incident and was able to witness a successful rescue of a construction worker that passed out due to lack of oxygen in the space. “It is amazing to see a country dedicated by an all-volunteer workforce so eager to learn from us and put our donated equipment and gear into successful action every day,” said Chief Krause. “We may have a lot to share regarding equipment, but they can teach us how they maximize the donated equipment and use it in a way that best serves the communities they serve. This relationship with Fire Company Magdalena N. 36 will serve as a great friendship and experience that is mutually beneficial for all involved.” 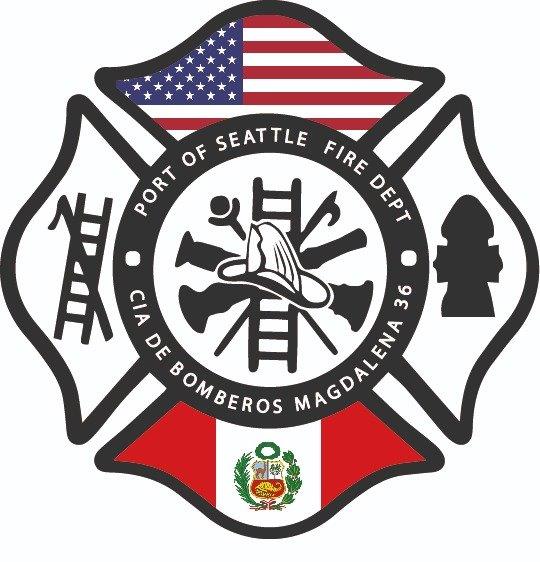