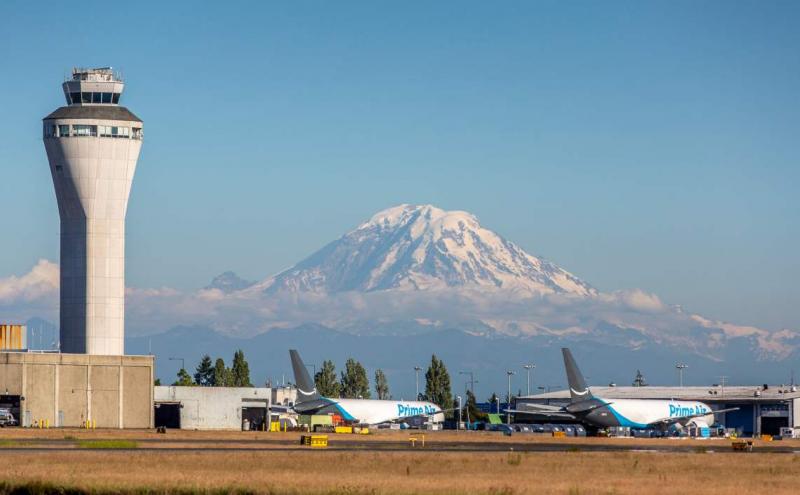 Chances are you’ve been to Seattle-Tacoma International Airport (SEA) recently and think you know all there is to know. But here are a few facts that still may surprise you.

Our region, traffic, travelers, and the airport itself are all moving fast and changing constantly. In 2018 with an average of 136,000 passengers per day, SEA Airport is the 8th busiest airport (we just moved up one slot) in the country and the 29th largest in the world.
•    The airport that was built in 1949 to handle half a million passengers is now handling almost 50 million passengers. Learn about the history of SEA Airport.
•    Forecasts show the Puget Sound region will grow by an additional one million people by the year 2035. SEA Airport reflects the region’s growth with a 43 percent increase in traffic over the last five years, one of the fastest growing large hub airports in the U.S.
•    That increasing passenger demand is why there are several big construction projects in progress. Learn more about new airport projects.
•    Nine new international airlines have added service since 2017. Today, airlines offer 91 nonstop domestic and 29 nonstop international destinations, an increase of seven international destinations. Three new international airlines were added in 2018: Air France to Paris, Aer Lingus to Dublin, and Thomas Cook to Manchester. 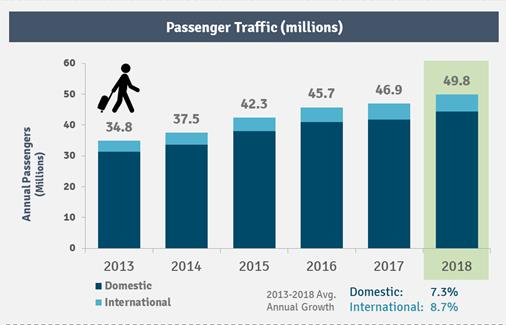 These passenger numbers dwarf even the most popular tourist attractions and sports events in the Northwest:

2.     SEA Airport has a relatively small footprint compared to other airports

Source: Wikipedia except where otherwise indicated

3.    SEA Airport is the fifth largest employer in King County

SEA Airport is one of the largest job sites in King County, with more than 250 different employers operating onsite. And more than 2,049 individuals were hired in 2018 at the airport through Port Jobs.

Not only is SEA Airport a thriving passenger hub, it’s also a global gateway to get Washington State products to markets. About 438,391 metric tons of cargo (freight and mail) passed through Sea-Tac in 2018, a 1.5 percent increase over 2017.

In 2018, the top export commodities by value were:

Another important export is seafood that needs a fast journey to market. Taylor Shellfish Farms in Shelton relies on SEA Airport to provide access to its global markets. “International markets have really been instrumental to fueling our growth, helping get our perishable products to customers as fast as possible, and getting our business managers out to meet customers.”

See how Taylor Shellfish uses SEA Airport to get its products to global markets. 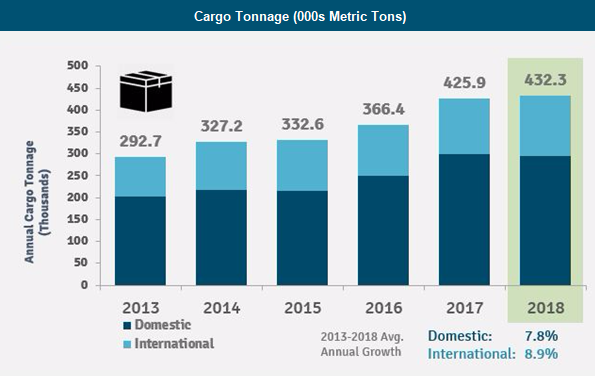 5.  SEA Airport’s parking garage is the second largest parking lot (under one roof) in the world.

Can you believe it? Even bigger than Disney!

Source:  The Largest Parking Lots In The World 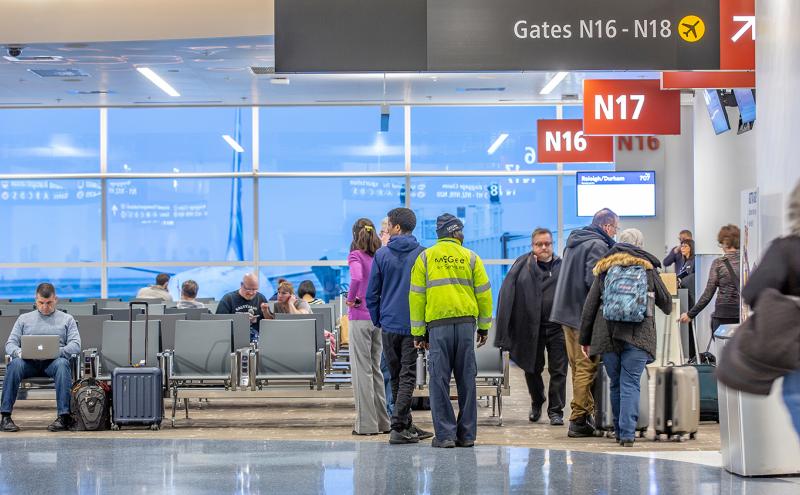 The Puget Sound regionâs work and play opportunities are on the rise thanks to the areaâs booming economy and growing air service connections. Overall passenger volume at Seattle-Tacoma Internatio... 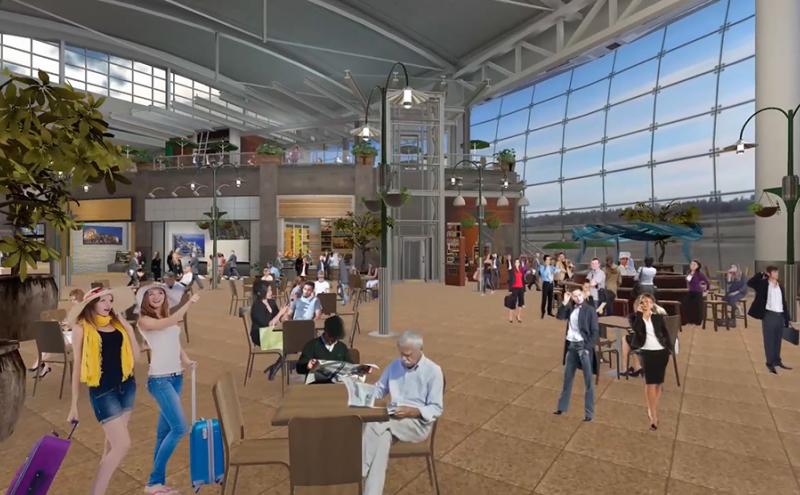 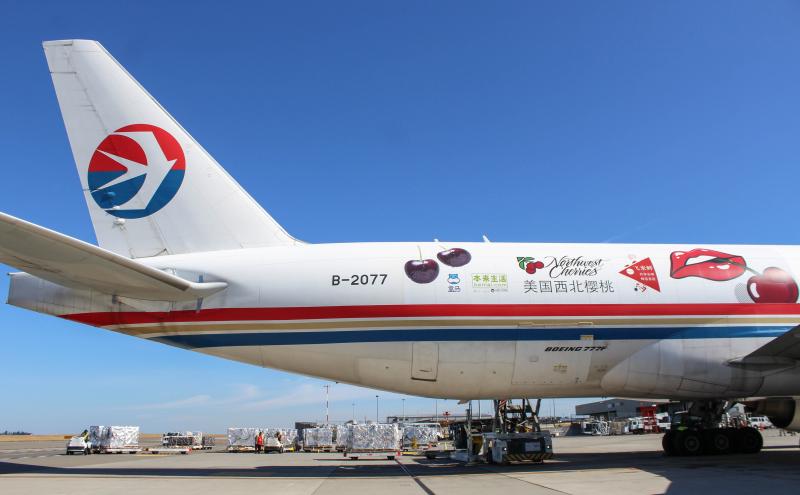 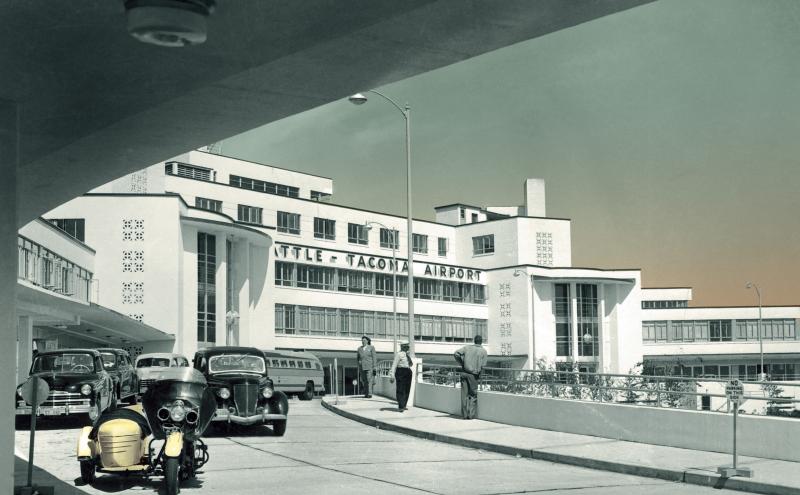