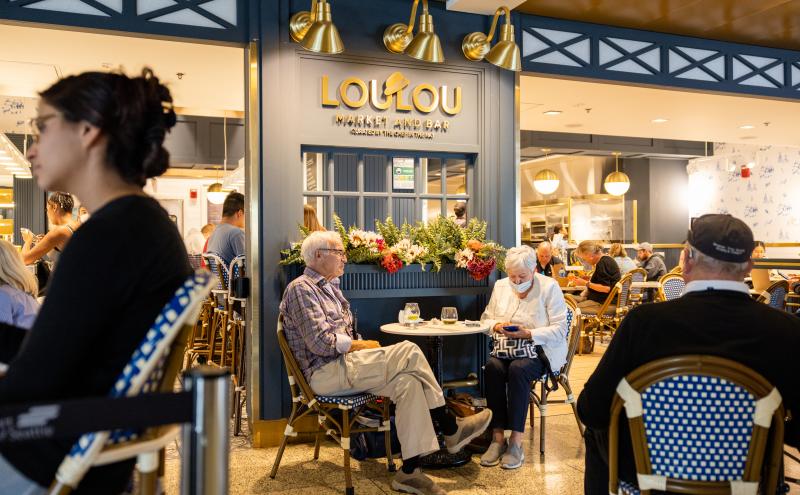 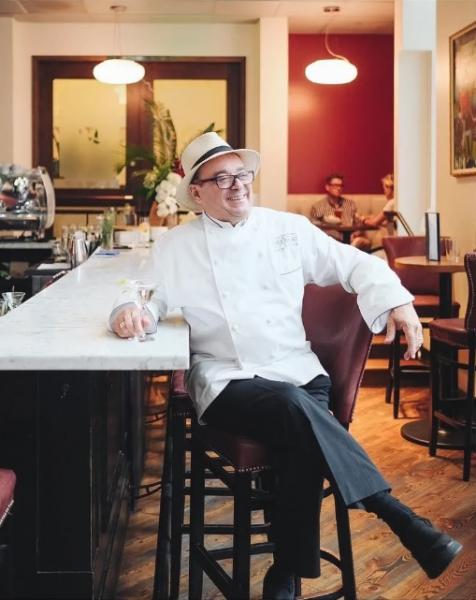 Bonjour, gourmands! Thierry Rautureau, trademarked The Chef In The Hat, is an icon in Seattle’s culinary community as the retired executive chef and owner of restaurants, Loulay Kitchen and Bar, Luc Bistro, and Rover’s. Chef Thierry is now focused on his newest consulting outpost, LouLou Market & Bar, a French-meets-Pacific Northwest eatery at Seattle-Tacoma International Airport (SEA).

Restaurateur to Chef in the Hat

Chef Thierry hails from a small village in western France where he began training as a cuisinier by age 14. He apprenticed in several regions of France, including Anjou, Normandy, the French Alps, and Pays Basque, and moved to the United States to chef in fine restaurants from Chicago to Los Angeles.

While visiting Seattle in 1987, Chef Thierry dined at Rover's and discovered that the restaurant was for sale. That was the beginning of his journey as a restaurateur!

He expanded to open Luc in 2010, a casual French American café and bar named after his late father, that focused on the French comfort food he grew up eating on his grandparents’ farm. In 2013, Chef Thierry opened Loulay Kitchen & Bar, named for his hometown of Saint-Hilaire-de-Loulay.

From 26 years of Rover's, 11 years of Luc, and eight years of Loulay, Chef Thierry says, “many friendships and memories were created and are not forgotten."

If you're missing the cuisine of the Chef In The Hat, don’t miss LouLou Market & Bar the next time you travel. Located near Gate B3 with a seated bistro area, full bar, and a grab-and-go case, he curated the menu at LouLou to reflect the humble tastes of home cooked French cuisine with the ambiance of a Parisian café.

Operated in partnership with SSP America, Chef Thierry says, “LouLou is a feel-good café. Sip a glass of champagne at the bar or savor lunch on the terrace. We are trying to provide a bit of Seattle to the travelers.”

The design of LouLou reaches beyond what is expected of an airport restaurant. A deep blue façade invites you into an elegant space with Fleur de Lis motif tiling on the floor, brass hardware and accent features, and a custom toile wall covering of the restaurant’s namesake — LouLou — Chef Thierry’s childhood dog on the farm.

“LouLou offers many experiences and that’s something I love as a chef. It has soul, which can be rare in an airport. SEA Airport feels like the Pacific Northwest. When I think about Seattle, it's our unique neighborhoods and small shops and restaurants that create a sense of community. Absorbing that local identity and flavor was important in differentiating LouLou,” shared the Chef in the Hat.

The menu at LouLou is available for sit-down or to-go, such as Mediterranean Sandwich, Niçoise salad, a prime rib French dip sandwich, or savory quiches like Quiche Lorraine, a vegetarian quiche, and more. Morning travelers can enjoy a petit-déjeuner (breakfast) of espresso, croissant breakfast sandwich, or pain au chocolat.

“Other travelers will be jealous,” jokes Chef Thierry.

The bar at LouLou adds whimsy and romance with a full-service selection. Sparkling wines are hugely popular, and wines range from local and French chardonnay to Pinot Gris. Time becomes more fluid at the airport with travelers coming and going from all time zones. He muses “it’s the same time all day.” 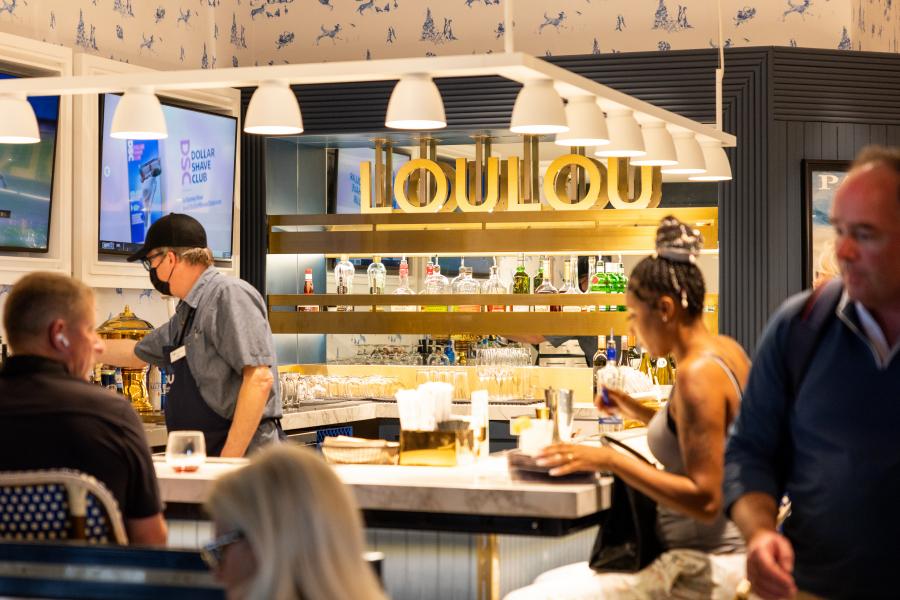 I’ll have the same

“It’s a new experience in comparison to my previous restaurants where I’m not roving the dining room every evening, but the Seattle community transcends that. I often get texts and selfies from locals while at LouLou.”

His favorites for pairing up with sips can vary by the day, but these are some of his regular delights.

With the return of travelers, Chef Thierry looks forward to introducing new menu items like sweet and savory crepes and other specials. “Bon appétit and bon voyage!”

Use OrderSEA, the airport’s mobile food ordering service with the option for gate delivery, to enjoy eats from all over the airport without leaving your concourse. 19 restaurants at SEA are available for mobile or online ordering, including LouLou. You can place orders at OrderSEA.org or on the FlySEA App, pay securely from your phone, and choose pick-up after the TSA security checkpoints or delivery to your gate within 30 minutes.

Related to Where’s the Chef in the Hat at SEA? 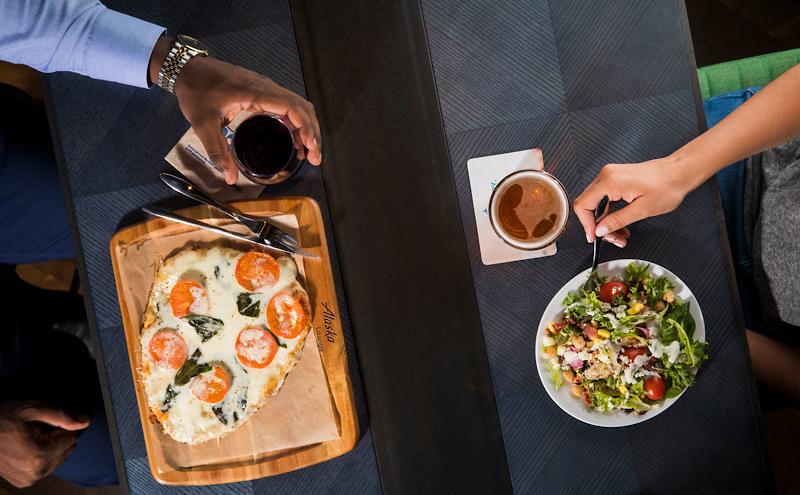 Retail and Services at SEA Airport Hours of operations may vary, check out ExploreSEA.org or use our interactive map to find more service and amenities around the airport! Centr... 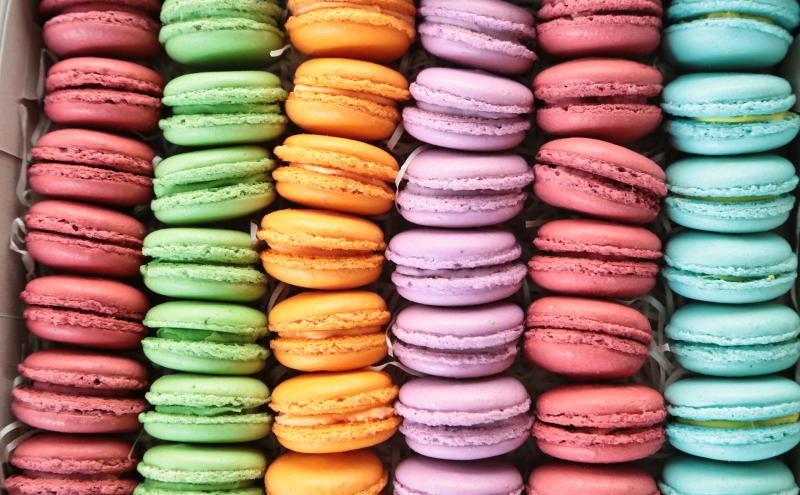 By Dianne Ciceron  Thereâs no sugar coating the fact that travel can be stressful. So let us ease those rocky roads with some sweet stops at Seattle-Tacoma International Airport (SEA). Trust us .... 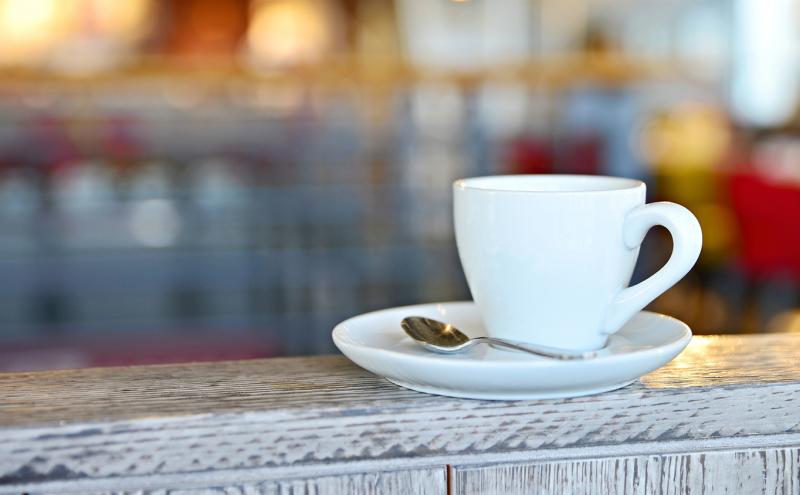 Solomon Dubie was raised in Seattle, a city known for its coffee obsession, the birthplace of Starbucks, and countless independent coffeeshops that line the neighborhoods. Growing up in a city fueled ... 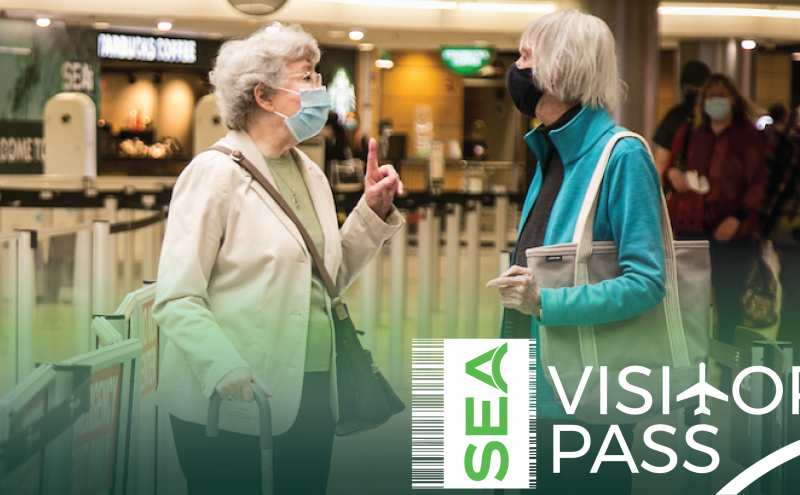 Eat. Shop. Play. Explore SEA. Seattle-Tacoma International Airport (SEA) was the first airport on the West Coast to implement a post-security visitor program back in 2018. Temporarily paused during...