Sean Gillebo started his law enforcement career with the Lynnwood Police Department in 2001, then joined the Port of Seattle Police Department in August 2012 as a lateral applicant and served as a patrol officer.  He was promoted to Patrol Sergeant in 2013 and selected as the Criminal Investigations Division Sergeant in 2014. Then was promoted to Patrol Commander in 2017 and returned to serve as the Criminal Investigations Division Commander in 2018. Gillebo is currently filling the position of the Acting Deputy Chief in the Services Bureau. Before his law enforcement career, he was a member of the United States Marine Corps Reserves where he served as a Military Police Officer and later as a Combat Engineer. In the Marine Corps for eight years, Gillebo obtained the rank of Sergeant.

In a career dedicated to economic and social justice, Deborah Jacobs has held executive leadership positions for the American Civil Liberties Union (ACLU), the Ms. Foundation for Women, and the King County Office of Law Enforcement Oversight.

In 20 years of service with the ACLU, Jacobs addressed a wide array of policing issues including internal affairs policies, bias-based policing, sexual harassment, local enforcement of federal immigration laws, civilian review, and certification and training. Under Jacobs’ leadership, the ACLU of New Jersey developed a successful petition for Department of Justice intervention in the Newark Police Department. In her role as director of oversight over the King County Sheriff’s Office, Jacobs successfully pushed for reforms to the handling and review of officer-involved shootings, and many other policies and practices to enhance public safety and reduce biased policing.

Eric Schinfeld is the Senior Manager of Federal and International Government Relations for the Port of Seattle. In this role, he staffs the Port’s elected officials and executives on key federal and trade policy issues that impact the Port, its customers, and the residents of King County. Prior to this role, Schinfeld served as both Chief of Staff of the Seattle Metropolitan Chamber of Commerce and as the President of the Washington Council on International Trade (WCIT), where he led WCIT’s advocacy and outreach efforts on trade policy issues that benefit Washington employers and increase our state’s international competitiveness. Eric also spent five years as staff to the Prosperity Partnership — a coalition of business, government and community organizations focused on ensuring long-term prosperity for the Puget Sound region — and he began his career in the Washington, DC office of U.S. Congressman Rick Boucher. Eric has a B.A. from the University of Pennsylvania and an M.P.A. from the University of Washington’s Evans School of Public Affairs.

Ericka Singh takes pride in developing and leading a high-functioning team of recruiters. She serves as a strategic partner and advisor to all levels of the business on talent acquisition; partners with stakeholders to drive and implement key strategic initiatives; and helps remove operational roadblocks to building a reputable recruiting team.

Jessica joined REI in 2020 as the Corporate Security and Emergency Response Manager. Before that, she served 20 years with the King County Sheriff’s Office, retiring at the rank of Captain. During that time, she was also the Vice President of the Puget Sound Police Managers Association, the labor organization representing KCSO’s Lieutenants, Captains, and Majors. She holds a bachelor’s degree in communications and political science from the University of Washington and a master’s degree from George Washington University in strategic public relations.

Before serving the Port Commission President, Veronica Valdez was the former Deputy Chief of Staff to the U.S. Secretary of the Air Force and served as the Secretary’s policy advisor during official visits to Asia-Pacific, South America, and Europe. Veronica previously served the Secretary of the Navy as an Asia-Pacific policy advisor. She has received the Department of the Air Force Meritorious Civilian Service Award, the Department of the Navy’s Superior Public Service Award, and Presidential recognition. Ms. Valdez received her Bachelor’s in International Business from The Ohio State University and her Master’s in International Affairs focused on East Asia from the University of California, San Diego. She also studied Mandarin at Peking University. She has been a Truman National Security Project Fellow since 2012.

Michelle Woodrow is the President and Executive Director of Teamsters Local Union No. 117, which represents nearly 17,000 workers in Washington State. Michelle has been a Teamster for 26 years and has served as the President of the Executive Board since April of 2015. Michelle is known as a staunch advocate for the rights of union members and understands the unique challenges of those who work to keep the public safe. In addition to her role at Teamsters Local 117, Michelle is the Teamsters Joint Council 28 Corrections and Law Enforcement Division Chair and a Regional Representative for both the Health Care Division and Public Services Division for the International Brotherhood of Teamsters. 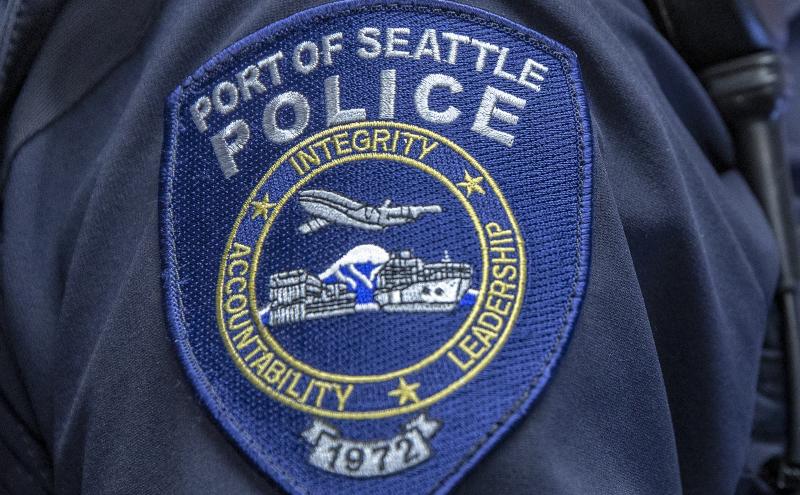 On July 14, 2020, the Port of Seattle Commission passed motion 2020-15 establishing a Task Force on Port Policing and Civil Rights. The Task Force was charged with conducting a comprehensive assessmen...