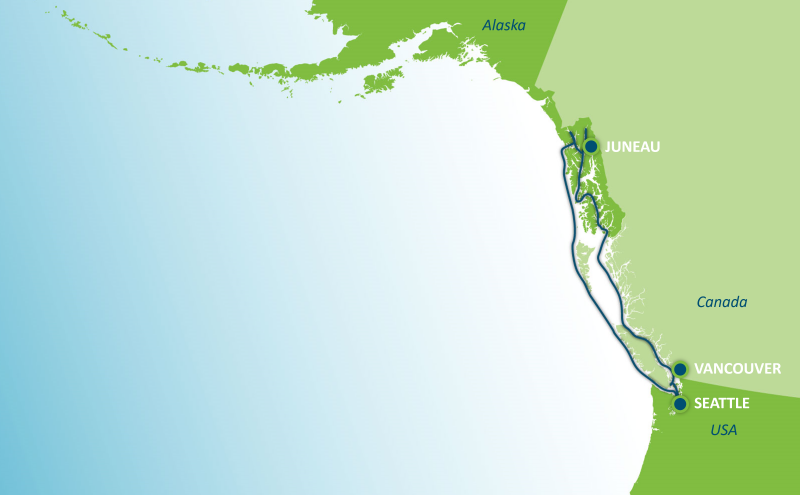 What is a Green Corridor?

A green corridor is a shipping route where zero greenhouse gas solutions are considered, demonstrated and supported.  Green corridors—through collaboration across sectors—establish the technological, economic, and regulatory feasibility needed to accelerate implementation of low and ultimately zero GHG emission vessels.

In 2021, twenty-four countries, including the United States and Canada, signed the Clydebank Declaration and in doing so, committed to support the establishment of at least six green corridors by 2025 while aiming to scale up activity in future years.

Green corridors are a new concept and leaders are needed to step forward and make this vision a reality. Globally, there is not yet a shared understanding of what it means for a maritime corridor to be “green” nor are there well-documented, or one-size-fits-all, solutions to achieve a green corridor.

Why create a Green Corridor to Alaska?

About the Pacific Northwest to Alaska Green Corridor Project

The initial set of partners who signed on to the Pacific Northwest to Alaska Green Corridor are called “First Movers”, as these organizations are committed to taking early action and demonstrate the feasibility of a green corridor.

While currently focused on cruise travel between Washington, British Columbia, and Alaska, the project may expand to other maritime sectors or other regional ports in the future. The initial focus, however, is on the cruise corridor as there are unique aspects of cruise travel to account for when assessing the feasibility of a zero-emission ship and corridor. We welcome interest from all sectors of the maritime industry and other regional ports.

Contact greencorridor@portseattle.org  to learn more about how to stay engaged.